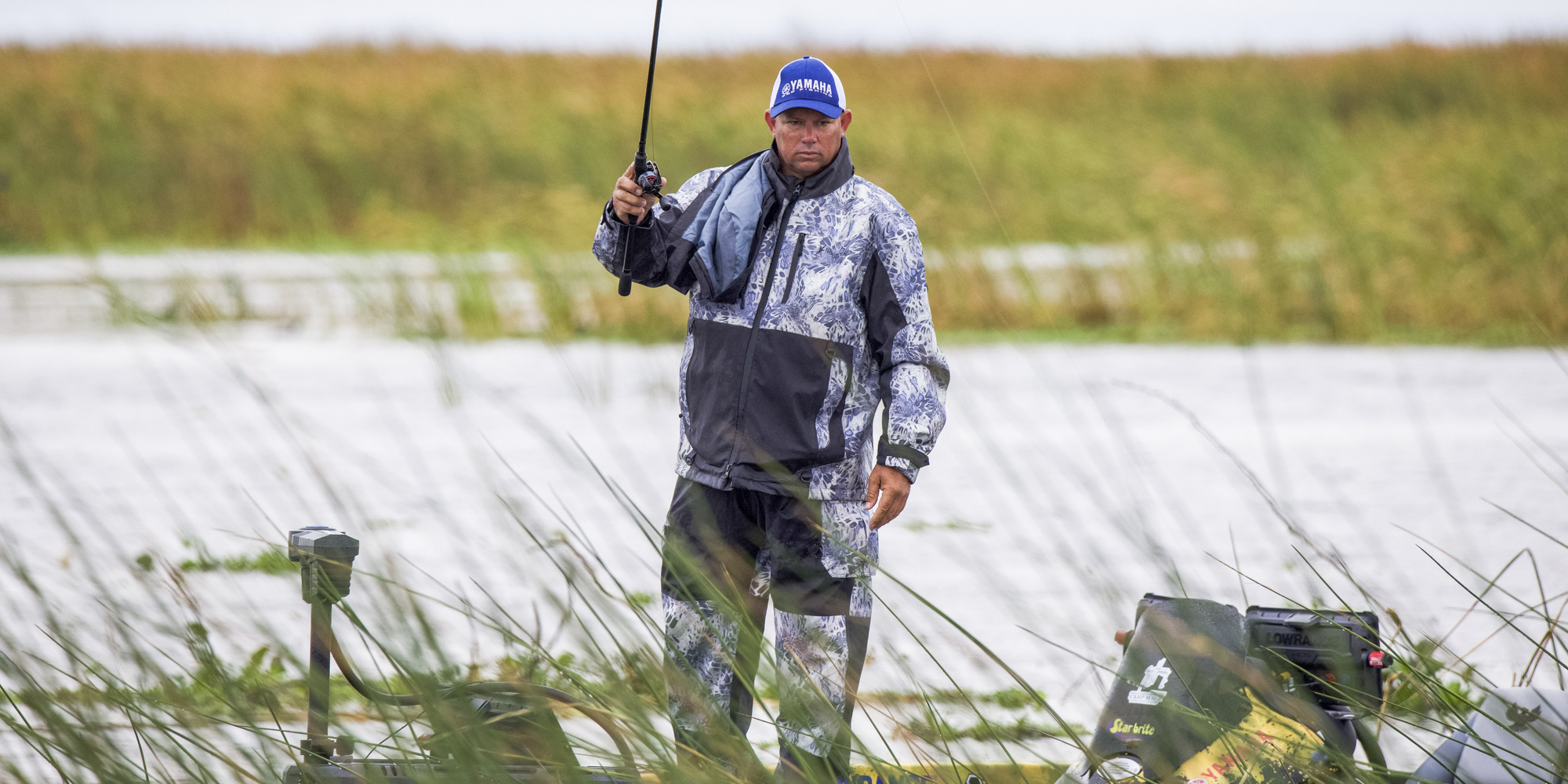 Florida pro Bobby Lane is primed to return to the Kissimmee Chain for Heavy Hitters. Photo by Jesse Schultz

Bobby Lane can’t wait to fish the Bass Pro Tour Heavy Hitters on the Kissimmee Chain in Florida. Understandably: After a less-than-stellar go of it at Lake Okeechobee for Stage Two, the Florida pro is ready to weigh some big bass on a familiar fishery, and get back into the swing of the 2020 season.

“It feels like a $4,000 bonus just to drive an hour from my home and fish the Kissimmee Chain,” Lane admitted of Heavy Hitters Presented by Venmo. “After I double-zeroed on catching any scorable bass on Lake Okeechobee, I was done. I had no chance of qualifying for this event. Now that COVID happened, this event will be counted for overall points to qualify for REDCREST, and I’m in it, and so are the rest of the Bass Pro Tour anglers.”

Lane has claimed nine tour-level Top 10s on the lakes of the Kissimmee Chain (and 24 total in the state of Florida), but as he admitted in a blog shortly after Stage Three Lake Fork, he’s anxious to get some payback from the Sunshine State.

“This gives me a chance to prove I can still catch them in Florida,” Lane said. “In two of the first three Stages of the Tour I did great…as long as I was out of Florida.”

Growing up in nearby Lakeland, Lane cut his teeth fishing tournaments on the Kissimmee Chain. He admits that he has a home-lake advantage in some ways, but feels that the timing of Heavy Hitters will throw a wrench in the works of most anglers’ plans and previous knowledge of how to fish Toho, Cypress, Kissimmee and Hatchineha.

“This is going to be like new fishing to me, on my home water,” Lane admitted. “Don’t get me wrong, I’ve fished here a ton in June and July, but I don’t fish tournaments here this time of the year. So it’s really going to be a brand-new experience for everybody, and I’m scratching my head on how to approach this. It’s going to be blazing hot beyond belief, but we’re going to see some big ones caught.”

With $200,000 on the line for big-fish awards for Heavy Hitters, the expectation of a big-bass bonanza is high. But will the potentially staggering heat slow down the big bass bite?

According to Lane, no. He believes that some personal records may be caught by some of the 80 MLF pros competing in the event.

“Fishing for summertime fish in the Kissimmee Chain, you can expect that big fish will be caught,” Lane confirmed. “I’d be shocked – and I’d even make a heavy dollar bet – that it’ll take an 8- to 11-pounder every day to win the big-bass award. A 5-pounder won’t be close, a 6 or 7 may hang in there. I’m guessing we’re going to see completely different anglers catch the big fish each day. Guys will win big fish for the day, but may not qualify for the next round.

“Plus, there’s no telling which lake in the chain is going to be good or bad. I don’t know if there’s a bad lake in the system. There’s a good chance any of them can produce a huge bass, maybe even someone’s personal best.”

Patience Will Pay Off in June

Early-summer fishing in the Florida heat can be unpredictable, according to Lane, and especially for bigger fish.

“You can pattern fish for scorable bass to get points, but you can’t pattern the big fish,” Lane said. “Big fish can be anywhere from 1 to 10 feet deep, and you don’t know if a topwater, wacky worm, or a 10-inch Power Worm will get the bites, or if the mid-lake grass line, pads, docks or cattails will hold them. There seems to be no solid big-fish patterns. They can be everywhere, and nowhere.”

“You can have a great practice and suck in the tournament. Any one of the lakes might produce the 25, 50 or 100K fish at any time of the day. No rhyme or reasons. You can fish down a grassline and get five good bites. The next day, nothing. You just need to keep your head high and fish whatever you’re fishing, then be able to scrap it all and fish something brand new. You can pull up and in three flips have 25 pounds. I’ve done it before. I’ve had an 8 and two 10-pounders in 30 minutes. When it’s on, it’s on.”

As he makes his own gear checklist for Heavy Hitters, Lane has one piece of advice to offer the other 79 MLF pros: Keep an open mind, and be ready to change on the fly.

“I’ve loaded my rod locker with so many rigs, but I know I’ll probably only need four,” Lane said. “It’s a crazy fun time to fish here. In local events, there have been a lot of 25-pound stringers and many 20-pound stringers. That tells me the fish are feeding.

“I’ll likely flip and fish a 10-inch worm, just because that’s what works down here. But there could be something new that also works, some new bait that would’ve premiered at ICAST. I’ll have five flipping sticks and two worm rods on the deck and fish until I feel like maybe I have enough areas. It’s a long event, and it’s going to be grueling hot – it just depends on when the bass fire up. It’s all part of Florida bass fishing.”