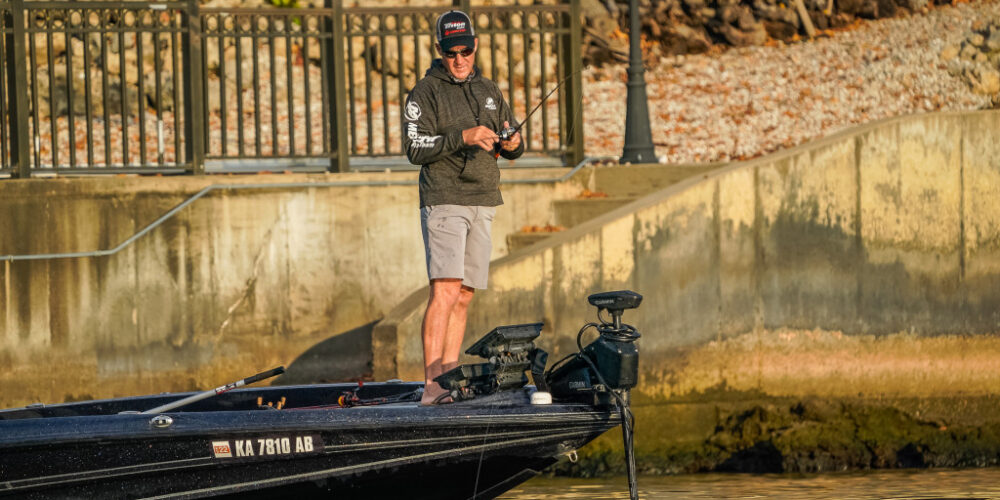 OSAGE BEACH, Mo. – Many bass anglers know the name Lake of the Ozarks from its mention in the “Fishing with Roland Martin” theme song, but it’s more than a catchy name to sing. This Missouri impoundment produces large numbers of bass, and a Bass Pro Tour angler familiar with this fishery thinks bass catching will be the calling card at this famed reservoir.

“Fishing will be wide open when we are there,” said MLF pro Brent Chapman. “The lake is full of fish, and at that time of the year there shouldn’t be a bad part of the lake to find them.”

One of the few anglers in the world who can lay claim to the title of tour-level Angler of the Year, Chapman was the 2012 Bassmaster Elite Series AOY. He’s one of the Top 30 B.A.S.S. money winners of all time (more than $2.33 million total), and has four wins and 43 Top 10s on his resumé.

“Fishing will be more of a numbers deal, the bass will likely be in the middle of their spawn,” he said. “But there will still be some quality bass caught, likely some as big as 5 or 6 pounds, maybe a 7-pounder.”

Common structures to find bass in the lake include points, brushpiles, pea gravel banks, and docks.

As far as popular fishing techniques go, Chapman feels like everything and the kitchen sink could work.

“Whoever wins this thing, I’m guessing it’ll be junk fishing,” Chapman said. “You can catch them a handful of ways in late April and early May. Just fish the cover in front of you with the best tool for the job.

“Everything is wide open, and it could be won from one end to the other. That’s a testament to how good the fishing can be.”