Crochet Continuing to Adapt His Game Further in MLF Format 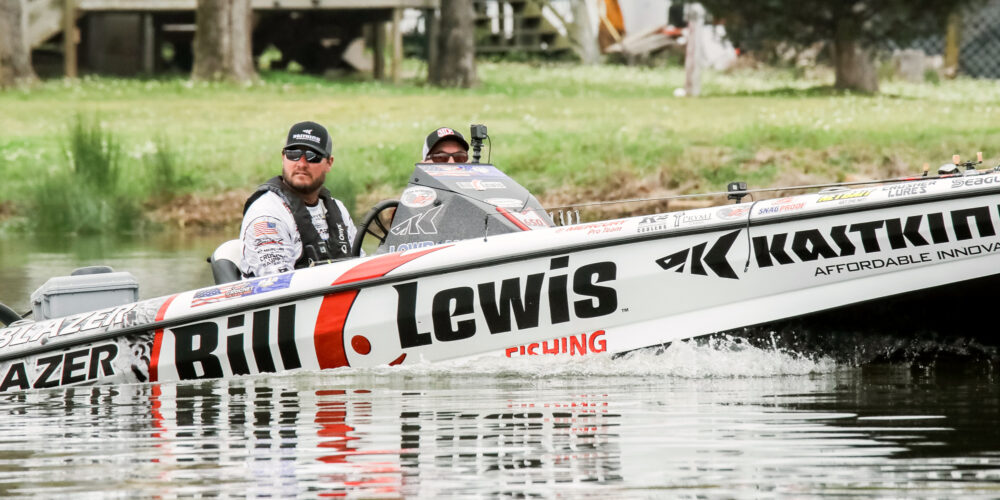 After two seasons on the Bass Pro Tour, Cliff Crochet talks about adapting to the new format and what he needs to do in the future for success. Photo by Josh Gassmann
August 31, 2020 • Dave Landahl • Bass Pro Tour

Cliff Crochet has two seasons of the MLF Bass Pro Tour under his belt. Like everyone else, he’s had to fish a variety of waters from super shallow Florida lakes to deep water Great Lakes locations. While Crochet loves the game, he hasn’t quite had the success he’d like as a competitor.

So, what are the roadblocks to improvement for Crochet and what will he do to improve his finishes?

Adapting quicker and being less stubborn when conditions change are two areas the Louisiana pro knows need to be addressed.

“I do like the Bass Pro Tour format, but I haven’t really adapted,” Crochet admitted. “There always seems to be a group that sprints ahead of the pack, and if you’re sprinting, you better be able to keep up with that group. If you don’t start out fast and you try to keep up with the Jones’ in the top group, you can get rattled. I need to adapt how I fish to be successful on tour.”

Smallmouth bass have not been kind to Crochet recently, and his active fishing style and personality have definitely impacted his performance.

“I like target fishing,” Crochet said. “I like power fishing and being on the trolling motor. Imagine, every action gets a reaction, that bush, that point, casting to the targets where you know a largemouth lives. Those smallmouth, especially in the Great Lakes, live in vast areas; largemouth are more concentrated on pressure points where an exact cast is necessary. That usually doesn’t exist with smallies.

“I seem to have an ADHD tendency, very active. I know I need to be more coordinated when I go smallmouth fishing, I need to slow way down at times. It’s not that I don’t know how to do it. I’ve learned from some great smallmouth fishermen.”

Being Stubborn Has Its Advantages (and Disadvantages)

Sometimes stubbornness pays off, other times (fishing in tournaments for example), it can cost an angler. Crochet has certainly experienced the latter this past Bass Pro Tour season.

“I think it’s more of me being hard-headed at times,” Crochet said. “On Sturgeon Bay, I was on a lot of fish in practice, a lot of fish, just not all scorable. They just disappeared. I didn’t adjust properly,  I just want to do things my way. For example, I’ll know the fish are on a spinnerbait bite, but I’ll do things like throw a squarebill or ChatterBait for hours just to prove they’re on a spinnerbait. I wasted so much time doing that that I’ve wasted my chance to catch enough in a tournament.

“I finished dead last at Lake Fork. I had a pattern in a creek fishing a frog behind some grass, it didn’t happen during the event. SCORETRACKER® started talking and I felt a lot of pressure. The bass got off the frog bite.”

Those in-the-moment adjustments are always on Crochet’s mind, but actually committing to them is a different story.

“I’m a youth football coach and I would tell my players to check down and make the correct move,” he said. “My next check down at Lake Fork should have been to flip grass, change presentations, that was the right move. Instead, I picked up ChatterBait in a panic and decided to cover water. I ended up last.”

Figuring out the riddle that is bass fishing and dealing with emotions during an event are two areas where Crochet feels he needs to improve.

“Maybe SCORETRACKER® got me a bit, so did losing fish, but that happens to everyone,” Crochet said. “One big mistake I made was listening to SCORETRACKER® and not checking down. If they’re not biting a moving bait or whatever I’m using, I need to do a better job going through the process of figuring out the puzzle, the riddle, and do a good job of letting conditions dictate to me what I should do.

“Good tournament anglers follow clues to the pot of gold. I’ve got to be confident and trust myself. That’s really easy to say during an interview after the season is over, but I have to really do it with facts, and not emotions off SCORETRACKER®. Being emotional about doing a good job is good, but during the event, I need to control my emotions and not freak out.”