Ehrler on the Mend, Looking Ahead to Another Run at AOY in 2022 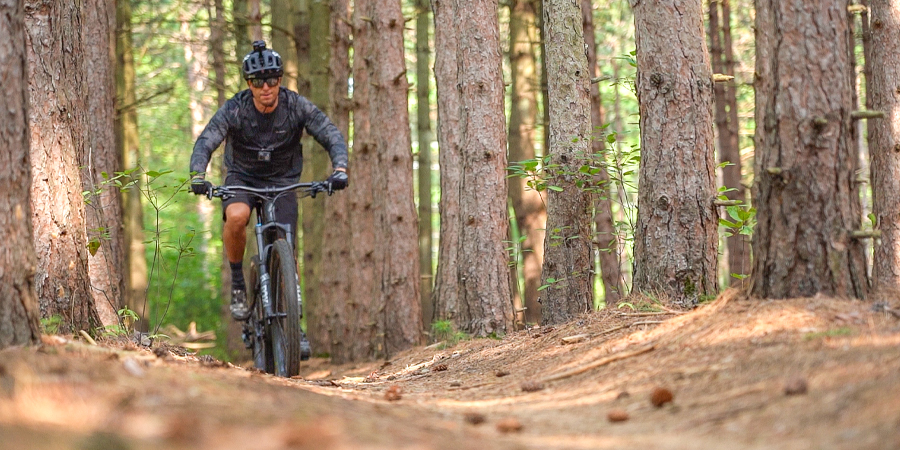 Anglers strive to end every tournament season with a bang, but not the way Brent Ehrler did at an MLF Cup event in November. Ehrler had an excellent overall 2021 Bass Pro Tour season – finishing third in the Angler of the Year points race – but the Mercury pro’s big “bang” was more like a “crash!” thanks to a nearly catastrophic bicycle accident he had while riding in Texas.

A busted-up bike and ribs (along with a partially collapsed lung and some serious contusions and swelling) left Ehrler battered and bruised, but certainly not done with his desires to win AOY and continue to ride his bike anywhere he travels.

“Man, I’m still beat up,” Ehrler admitted in early December. “I’m hurting all over my body, but especially my back, ribs, and hip. It’s the trifecta. I had a few broken ribs – fortunately not my hip, but I have a black-and-blue mark along my hip from my belly button around to my spine. It looked like a paint roller was dragged up and down my torso, (and it was) so swollen.”

Ehrler didn’t rush immediately to get medical assistance after his wreck. Like many people, he figured a little rest and he’d be fine in a few days. He was wrong and found out he was fortunate to not have been injured more severely.

“I didn’t think it was as bad as it was,” Ehrler said. “I thought I could get some rest and when I woke up I’d feel better. I knew I had broken ribs, I had some in the past, but this wasn’t in a single spot. The next morning I knew I wasn’t walking away just fine. I walked in the bathroom and looked down at the bruising, it was bad. I went five days with a partially collapsed lung before I saw a doctor.”

The healing process already well underway, Ehrler hopes to be on the fast path to recovery.

“After my last doctor visit, I’ve been told my lung is healing and almost healed, my ribs are on the mend, and now I’m allowed to fly again,” he reported. “My lungs will heal and so will my ribs. Minor cases of lung collapse will just go away and heal. Mine was borderline. The doctors will track it and see, hopefully, I don’t need a chest tube.”

Ehrler, who has ridden his bike during almost every MLF event he’s fished since 2020, will be back on the trails in 2022 … after he’s fully mended.

“I’ll still bring my bike with me everywhere,” Ehrler said. “It’s good for me. I’m not going to stop. But, I realize at my age and where I’m at physically I’ll change how I am doing some things. I’ll probably walk and hike first before biking again.”

Ehrler expects to be at almost full speed when the 2022 Bass Pro Tour season gets underway in early February at Stage One in West Monroe, Louisiana.

“The only thing being hindered is getting in shape during the offseason,” he said. “The fishing part will come easily, once I’m physically fit.”

Assuming he’s back in shape to compete at his normal high level of excellence, expect Ehrler to go hard at the AOY title and hopefully grab a tour-level win.

“It’s hard to follow up a good year with another good year,” he admitted. “It’s been a while since I won an event. I’ve had some really solid finishes over the years in AOY, but I’ll take a top five in AOY every year and be happy with that. Consistency is what I strive for. I almost fish for consistency more than a win.”

“The BPT format is so hard, it’s very difficult to get a win. In other formats, in previous years, having a year like I did in 2021, I likely would’ve won AOY. I didn’t do anything wrong in 2021 – I lost some fish in Florida that would’ve changed points a bit, but not likely to help me win the entire thing. I’ve never won a tour-level AOY. Lots of finishes in the Top 10, but winning an AOY would be amazing.”