Final 10 Anglers Prepare for the Pressure of REDCREST Championship Round 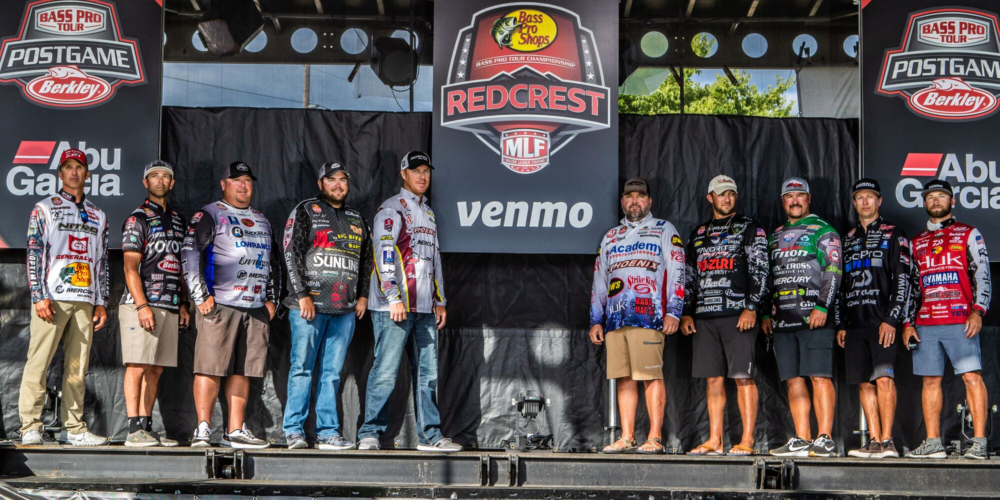 LA CROSSE, Wis. – Brandon Palaniuk said it as well as can be said in the heat of competition for a $300,000 grand prize: “Lot of pressure right now. Lots of pressure.”

Palaniuk uttered those words with 3 minutes remaining in Saturday’s Knockout Round of REDCREST Presented by Venmo as he completed the task of locking up a spot in the Championship Round. But those words will be true from the second lines go in at 7 a.m. on Sunday as Palaniuk joins nine other anglers in the final day of competition in the first championship of the MLF Bass Pro Tour.

Lots of pressure indeed, but also a grand payoff for the angler who finishes first.

“That’s 10 of the best anglers you’ll ever see in a championship field,” said Vinson, who has been perhaps the most consistent angler in the field this week. “You don’t get many chances to be the first of many things in your lifetime, especially something that’s your passion. When I was a kid, I looked up to guys who made it to this level of competition: Guy Eaker, Paul Elias, and a bunch of those legendary guys. I never imagined I’d be in this position.”

Competition moves upriver to Pool 7 for Championship Sunday, an area that all 10 of the competitors have competed on previously. However, they haven’t fished it recently: anglers who made the Knockout Rounds were allowed a four-hour ride-around on Pool 7, with no rods on deck, meaning that Championship Sunday will come down to a matter of quickly finding groups of fish in new water.

Vinson collected 48 pounds, 7 ounces in the Shotgun Round, 50-4 in the Elimination Round and 63-10 in his Knockout Round, most of it on a jerkbait near the I-90 bridge, but “The Rooster” is unfazed about having to leave his productive water on Pool 8.

“The whole goal was just to get there and have a shot, but I like my chances,” Vinson said. “I feel really confident that I can break down water really quickly and find something that works for me. Plus, I have good momentum right now. A lot of time, even if you’re going to a different water body, having good momentum and confidence in your decision-making process can make a big difference.”

That’s a sentiment that Iaconelli echoed.

“Fishing has ups and downs, ebbs and flows,” Iaconelli said. “The key is keeping an open mind, fishing current conditions, and being willing to make a change.”