Five Key Things from the Knockout Round on Lake Chickamauga 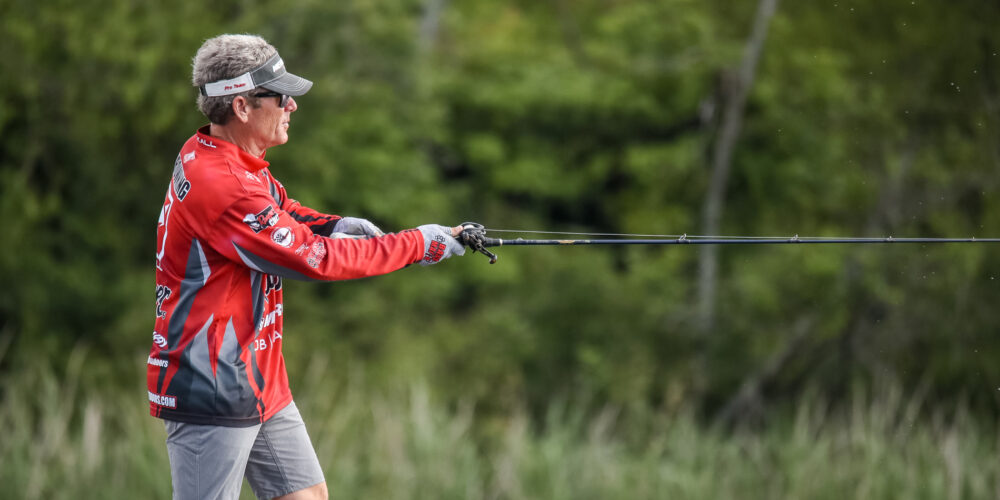 DAYTON, Tenn. – Where to start? It was an action-packed Knockout Round at Stage Four on Lake Chickamauga on Tuesday. The day included some big flurries, a few ledge-fishing clinics, and a fight to the finish among some of the biggest names in bass fishing.

The fifth day of fishing proved to be the best this week, with 312 largemouth crossing the gunnels and onto SCORETRACKER®. The final day on Lake Chickamauga is shaping up to be a battle, but first, here are five key things from the Knockout Round.

A randomly generated list of 10 Bass Pro Tour anglers would constitute a pretty impressive group. Everyone in the field has years of success at the professional level, and many hold multiple Angler of the Year titles. But the Top 10 at Chickamauga is especially stacked.

Knockout finishers two and three are the leaders in the water-cooler debate about who’s at the top of the hill in the young crop of anglers: Jordan Lee and Jacob Wheeler. And at the top of the standings in the Knockout Round (and a proven Tennessee River hammer) is unarguably the best of all time, Kevin VanDam.

Ledge fishing is all about timing, and when you hit it right, you can catch fish in a hurry. That was evident Tuesday as several anglers made incredible runs in short periods to pad their weights.

Here’s a quick glimpse at some of those incredible runs.

These spurts of activity will indeed happen again on the final day, and could help decide the winner.

The weight it will take to win the event is a major question. VanDam had the most weight in the Knockout Round with 46-6, the lowest winning day of the week. It’s undoubtedly going to take more to win.

This was a topic of discussion as time was waning on MLF NOW! as JT Kenney predicted 55 pounds to win and Marty Stone said it would take much more.

That should theoretically help the fishing, so the winning weight on Wednesday is anyone’s guess.

Arkansas pro Stephen Browning is one of the most consistent who has yet to pick up a win on the Bass Pro Tour. It seems like he’s always in the mix, and came into this event in seventh place in the Angler of the Year race.

Browning also likes to keep things simple and is easy to find on the water as he generally sticks shallow and fishes his strength. That approach worked for him as he finished the Knockout Round in fourth with 16 bass for 38-10, fishing shallow in an event dominated by offshore ledge fishing.

His catch data on SCORETRACKER® Insider included “Flipping Pitching Skipping Jig,” as well as multiple catches on a “Bladed Swim Jig,” which for the Z-Man pro likely means the popular Ever Green Z-Man JackHammer ChatterBait.

As mentioned in Monday’s “Five Key Things”, this week caused a significant shakeup in the Angler of the Year standings.

The top four anglers going into this event failed to make the Championship Round as Ott DeFoe finished in 15th place in the Knockout Round. Brent Ehrler and Stephen Browning will certainly make up some ground after qualifying for the Championship Round. The two were in fifth and seventh respectively coming into Lake Chickamauga, and will almost certainly pass an angler or two in front of them.

Defoe will be the new points leader, and the rest of the Top 10 will have a much different look than it did coming into Stage Four.