FROM THE MIDDLE SEAT: Andy Morgan vs. the Fickle Beast 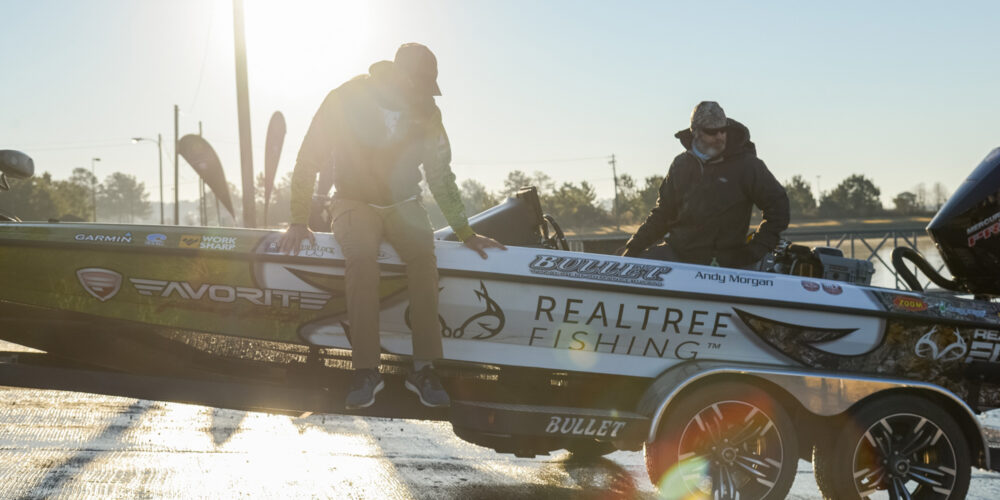 Adventures come in many forms. Often times we look at the adversity of a day or a moment and completely miss the adventure and beauty in the perseverance. Why do we do this? Why do we require our adventures to be in the obvious?

REDCREST 2021 offered many of these hidden adventures, as well as many obvious ones. I can’t properly explain to you the excitement of being in the boat with Michael Neal both times when he caught buzzer-beater fish in the Qualifying and Knockout Rounds to advance into the Championship. I genuinely thought he was going to do it again on championship day. What a ride!

However, that is a story for another day. Today, I relish in the adventure that was born in adversity.

It starts with the ominous words spoken by Andy Morgan the morning of the REDCREST Knockout Round: “The river can be really good or really bad. It’s a fickle monster.”

The Chattahoochee River had shared her wealth with Morgan in the Qualifying Rounds. He’d advanced easily to the Knockout Round and all eyes were set on the Championship. And as we headed out for the morning, no one followed us up that river. It was all his.

“We won’t get a lot of bites up here, but we should get five or six quality fish. That will be enough today,” Morgan professed.

I’ve learned that when you commit yourself to a day of grinding, you’re locked in with nowhere else to go. The beauty of being locked in with Andy Morgan is that wisdom flows when he speaks. That is if you can break away from the enchantment of his rhythmic casting and pitching.

The days were on a major warming trend, the sun was out and the spawn was knocking on the door.

“Most people think that all the fish are going to run for the bank when it gets warm like this,” Morgan said. “But I’ve learned that it never really happens like we want it to. Fish take their time, so I think we have a better chance in the river than hoping they move up.”

I’ve been with Andy on some epic days of fishing. I was with him at Lake Chickamauga when he earned his Bass Pro Tour win in 2019. I know his abilities, I know his demeanor, I know his resolve to win. We have a history together, and as the day progressed, the vision of us winning began to fade.

“Andy, why would you commit to such a fickle river?” I asked late in the day.

“I want targets,” he replied. “I want to see the structure where the fish live and know that every cast counts.”

The adventure was hard to see, as flip after flip yielded the same empty result. A few short fish and a keeper later, Andy Morgan had swung and missed. Yet, the adventure was not defined by a win or loss.

The fickle river had feasted upon us, yet she had shared a wealth other than the fish we so craved. She’d taught us a lesson of perseverance. One that I received gladly.

Andy’s attitude never changed, his resolve was never shaken, and his confidence never threatened. He knew he was dancing with an ever-changing river that gives and takes at her discretion. The river has given much to Andy, and I could see the thankfulness upon him.

This day wasn’t to be, but it won’t be the last. One vital lesson that I’ll remember: You can’t earn the reward if you don’t keep on casting. Thank you, Andy, for the hidden adventure.