FROM THE MIDDLE SEAT: The Bass Pro Tour is "Reborn" on the Kissimmee Chain - Major League Fishing

FROM THE MIDDLE SEAT: The Bass Pro Tour is “Reborn” on the Kissimmee Chain 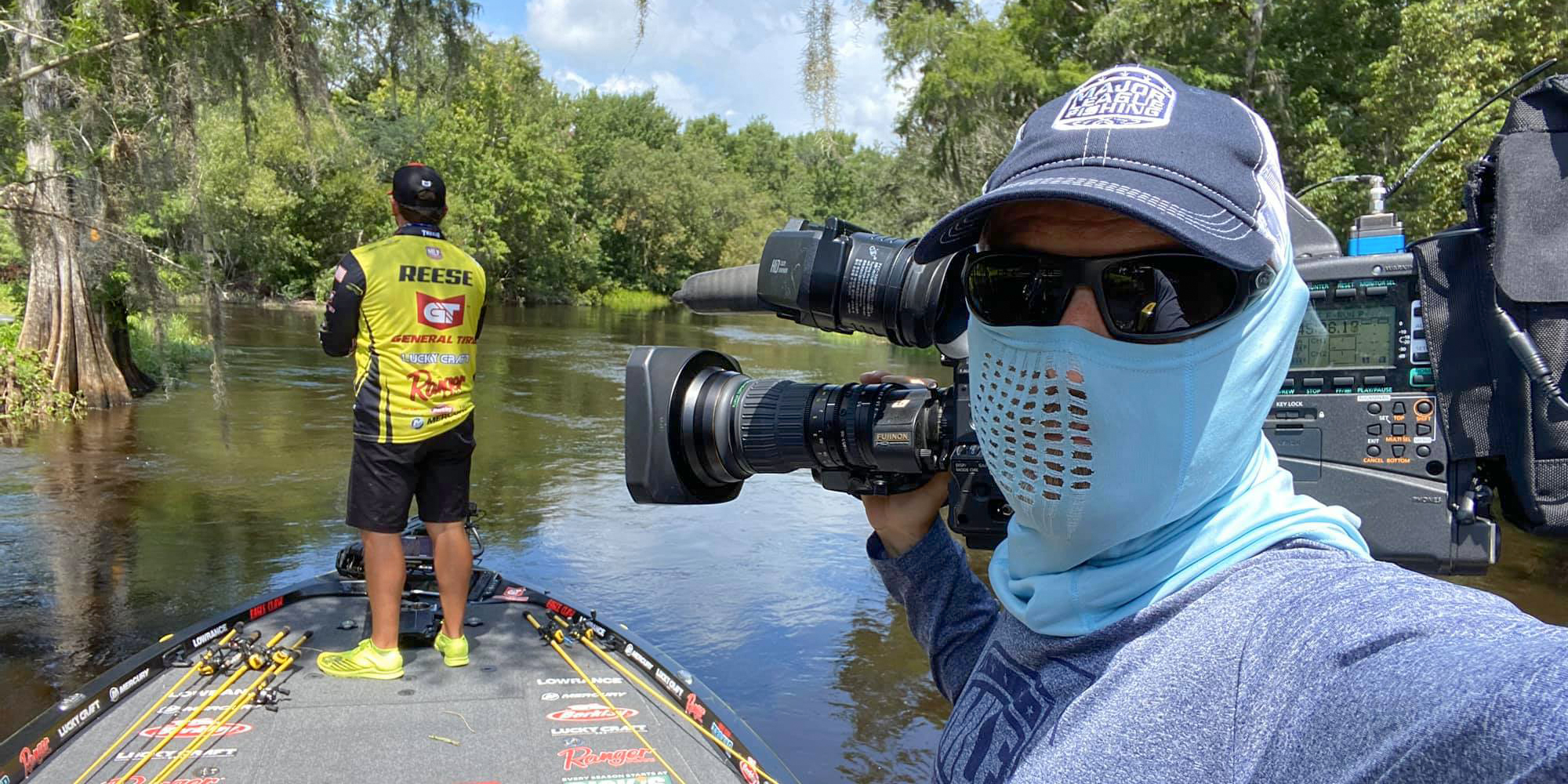 Bass anglers (and cameramen) finally returned to normal this week on the Kissimmee Chain. Photo by Cody Prather

It all had to start somewhere. And for the Bass Pro Tour, that somewhere is right here: Kissimmee, Florida.

The Mecca of winter bass fishing. The Sunshine State. The starting point of so many fishing seasons. And as Toyota Heavy Hitters Presented by Venmo continues, the home away from home for Major League Fishing.

The Kissimmee Chain of Lakes is chiseled into the history books of MLF as the birthplace of the Bass Pro Tour. Top anglers were thrown into the fire of a new major tour-level circuit (with a new competition structure) when the very first event came to Kissimmee, and a whole new era in the sport of bass fishing was birthed.

Luke Clausen has fond memories of the Kissimmee Chain with a Classic win in 2006, but his first Bass Pro Tour memory isn’t quite as appeasing.

“The first event for me is a little bit of a fog – it was a confusion, almost,” Clausen admits. “Trying not to get penalties, running around too much, just trying to do well in the first event – just a myriad of things.  So, (Heavy Hitters) is kind of a second chance coming back to the first event all over again.”

A second chance, for sure. Bass fishing is a sport of second chances, and many anglers tell the same story: that their whole way of thinking changed the moment they launched for the first Bass Pro Tour event just over a year ago.

And maybe we should call this week a “rebirth” of the Bass Pro Tour as well after nearly three months of uncertainty as we waited patiently through the COVID pandemic for our time back on the water.

No one knew what the world would offer, or what was going to happen to our beloved sport. Time was slipping away as the best fishing months disappeared without a tournament.

Florida and Lake Kissimmee once again stepped in to start, restart, and build tournament bass fishing.  There is something special about being here at the birthplace of the Bass Pro Tour.  It just feels right. It feels like a new beginning, and a new beginning sometimes needs a familiar place.

James Watson knows what it means to be back. Routine is important for all of us in our careers, and tournament anglers are no exception.

“Tournament anglers need to be on the road fishing tournaments, and I’m just ready for it,” Watson says. “It’s kinda cool that we’re here where our first BPT event was ever held. Fifty years from now, we’re gonna look back and it’ll be a pretty big deal.”

Whatever “normal” looks like the rest of the week, we just hope it’s more giant Kissimmee Chain bass. The Bass Pro Tour was born here in 2019, reborn here this week, and will continue to grow and thrive here in the future.

A new set of challenges are upon these anglers. This is not the same fishery these anglers have come to know during the winter.

“It’s odd being here this time of year,” Watson admits.

But it’s an “odd” that Clausen, for one, enjoys: “It’s exciting that it’s something new.  We just haven’t ever fished this late in Florida, not even close to it.”

Most national tournament trails begin their season in Florida when postspawn bass can be caught in January.  It’s the warmest water in the country early in the year, and it rarely sees major events later when the rest of the country begins to thaw.

That’s the beauty of the MLF format: fish aren’t kept in a hot livewell.  The catch, weigh and release format allows for “rebirth” in Florida in the 90-degree heat of early June.

We’re back. Life goes on. Tournament anglers can breathe again. A new adventure has begun. Welcome to Heavy Hitters in June. Welcome back to Kissimmee where it all began.