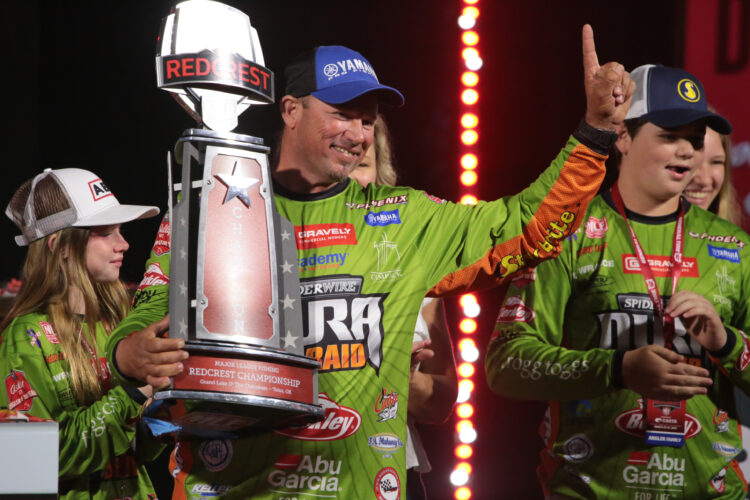 GROVE, Okla. – Take a closer look at Bobby Lane’s run in the Championship Round of REDCREST 2022 Presented by Costa on Grand Lake O’ the Cherokees. Lane made a third-period surge that he finished with an exclamation point, bagging a 2-pounder at the last moment to take the lead and win the world championship.

During the Postgame Show, Lane was presented with the REDCREST trophy and a check for $300,000. His wife, four children and brother, Chris Lane, joined him in the on-stage celebration.