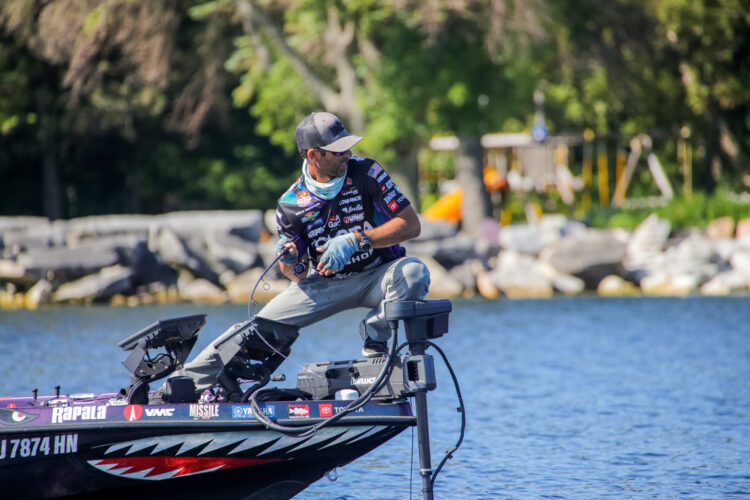 STURGEON BAY, Wis. – After a strong showing on during Saturday’s Qualifying Round where he held the lead for much of the day, Toyota pro Mike Iaconelli kept his momentum rolling to begin his second day on Sturgeon Bay. See some of the best images from Ike’s smallmouth smackdown in eastern Wisconsin during the Covercraft Stage Five Presented by Abu Garcia!