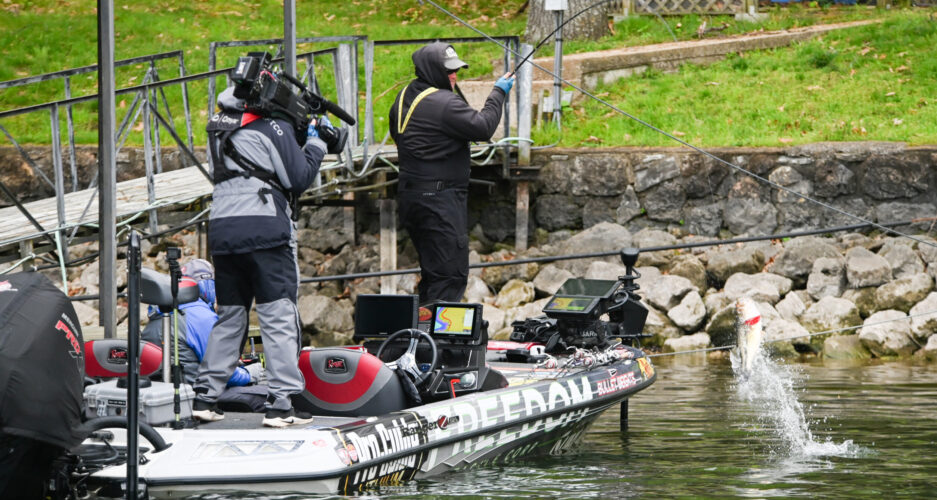 The clock was ticking on Jeremy Lawyer as he slipped from seventh to eighth on SCORETRACKER® during the final hour of the Knockout Round of Bass Boat Technologies Stage Four Presented by Bass Cat. A mere 10 ounces was all that separated him from falling below the Toro Cut Line and losing a berth in the Championship Round.

Lawyer hovered in the Top 5 for much of the day on Lake of the Ozarks, but managed only one scorable fish (a 2-pound, 2-ounce largemouth) in the final period. For the final 90 minutes of the day, the Missouri pro felt the intense stress that comes with being on the Toro Cut Line. Now, Lawyer will fish his first Bass Pro Tour Championship Round on Thursday.