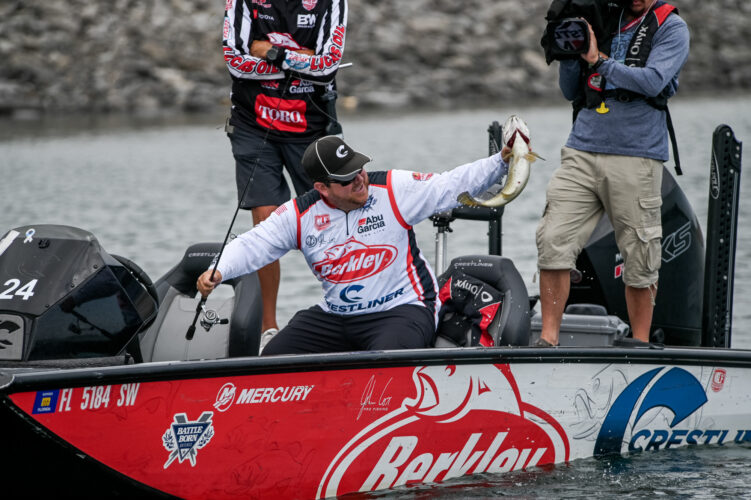 MASSENA, N.Y. – John Cox began his second Qualifying Day with a more than 15-pound lead and continued it by loading 70 pounds onto SCORETRACKER® in the first two periods alone, creating a 43-pound deficit for the advancing Dustin Connell. Cox will be leaving the river with the automatic berth to Wednesday’s Championship Round in hand. Catch up with the Florida pro’s day on the St. Lawrence River during the General Tire Stage Five Presented by Berkley!