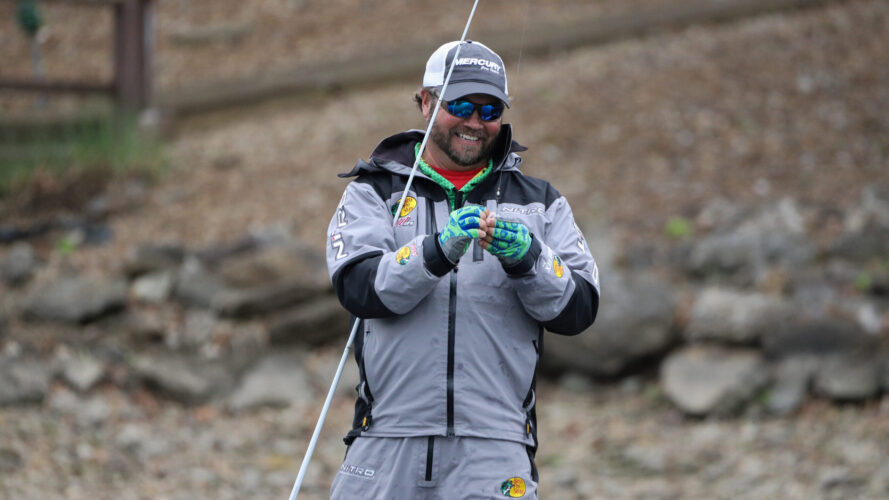 OSAGE BEACH, Mo. – A pack of anglers were in a heated game of hopscotch with the Toro Cut Line during the Knockout Round of Bass Boat Technologies Stage Four Presented by Bass Cat. With just over an hour to go before lines out on Lake of the Ozarks, Jonathan VanDam was 7 ounces shy of jumping the cut line into eighth place. At that time, Fred Roumbanis had the highly coveted eight-place position by a margin of only 1 ounce with seven bass weighing 19 pounds, 1 ounce.

All eyes are on SCORETRACKER® as a single catch can mean the difference between going home empty-handed and a spot inside the top eight and a shot at a Stage Four trophy in tomorrow’s Championship Round.