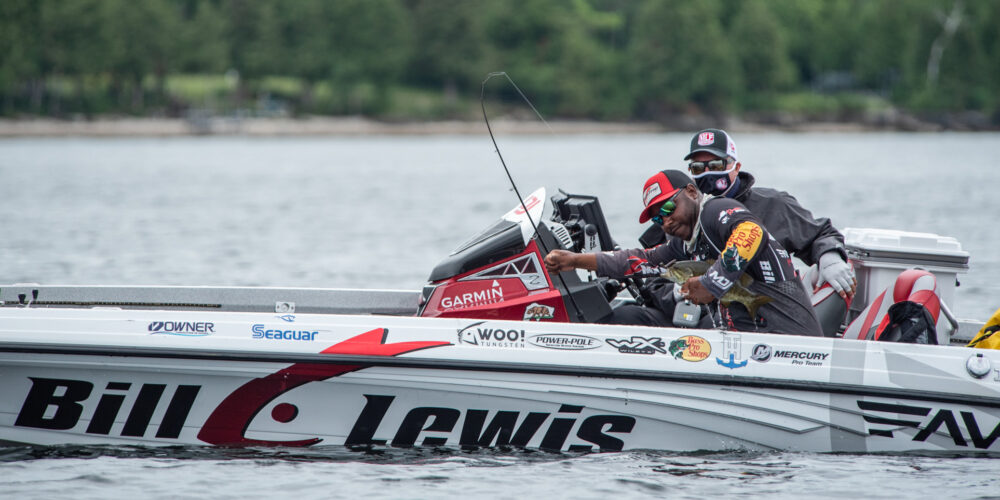 STURGEON BAY, Wis. – After a stellar Knockout Round performance, Favorite Fishing pro Mark Daniels Jr. hit Sturgeon Bay for the Covercraft Stage Five Presented by Abu Garcia Championship Round with his eyes on the prize. Daniels spent the majority of the day teetering in and out of first with winner Justin Lucas and Josh Bertrand, ultimately claiming a second-place finish with 102 pounds, 7 ounces and earning a $27K payday after a last-minute rally.

Take a look at the Alabama angler’s hot day on the bay as he aimed for a tour win!