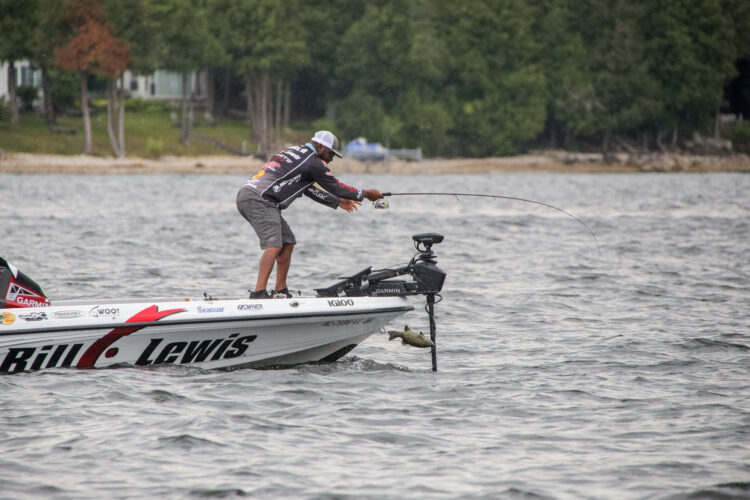 STURGEON BAY, Wis. – Favorite Fishing pro Mark Daniels Jr. is itching for the Covercraft Stage Five Presented by Abu Garcia trophy. The Alabama angler took an early lead during the Knockout Round and never looked back. MDJ was the only MLF pro to reach the 100-pound mark during the Knockout Round, finishing the day with 32 bass for 103 pounds, 5 ounces.

Catch Daniels’ flurrious morning on the bay that shot the Bill Lewis pro to the top of SCORETRACKER® and earned him a place in Wednesday’s Championship Round.