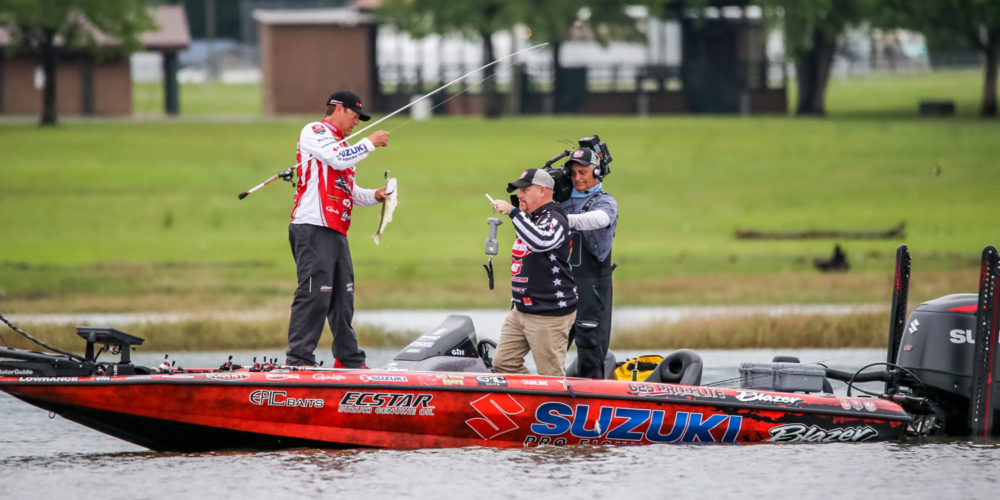 Arizona native Dean Rojas started his first Bass Pro Tour Championship Round with a can-do attitude that yielded a six-plus pound lead ahead of the remaining nine pros at the end of the round. Rojas took home the Phoenix Boats Stage Five Presented by Mercury trophy and $100,000 after catching 47 pounds of bass on Smith Lake.

Take a closer looks at Rojas’ fishing frenzy this morning with MLF photographer Josh Gassmann in Cullman, Alabama during Stage Five, as well as the celebratory Postgame Show Presented by Berkley as Rojas lifts 45-pounds of trophy overhead!