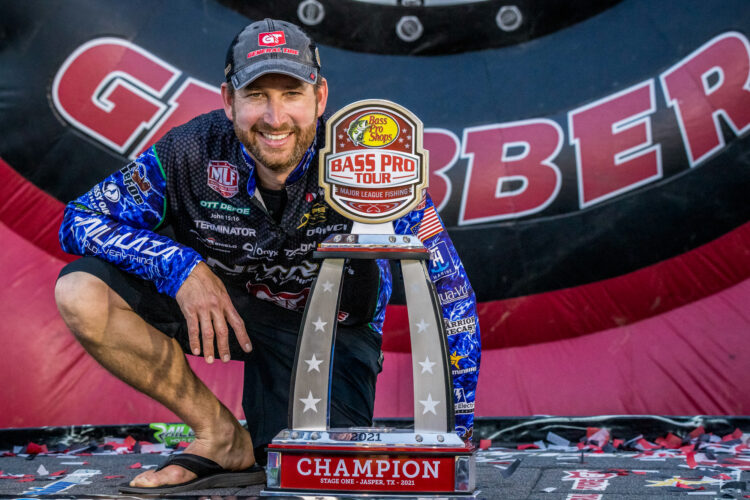 JASPER, Texas – It was down to the final 10 at the Toro Stage One Presented by Power-Pole Championship Round and it was a dramatic affair. Tennessee pro Ott DeFoe took an early and commanding lead on Sam Rayburn with 22 pounds, 8 ounces in the first period, 10 pounds above then second-place Luke Clausen. But as the day went on, DeFoe stalled while the field continued to climb SCORETRACKER® and Clausen claimed the lead. With that, DeFoe decided to kick it into gear, catching three bass in the final hour to overcome and take home the win.

Catch some of the on-the-water warfare as the pros battled for the top spot and $100,000 payday!