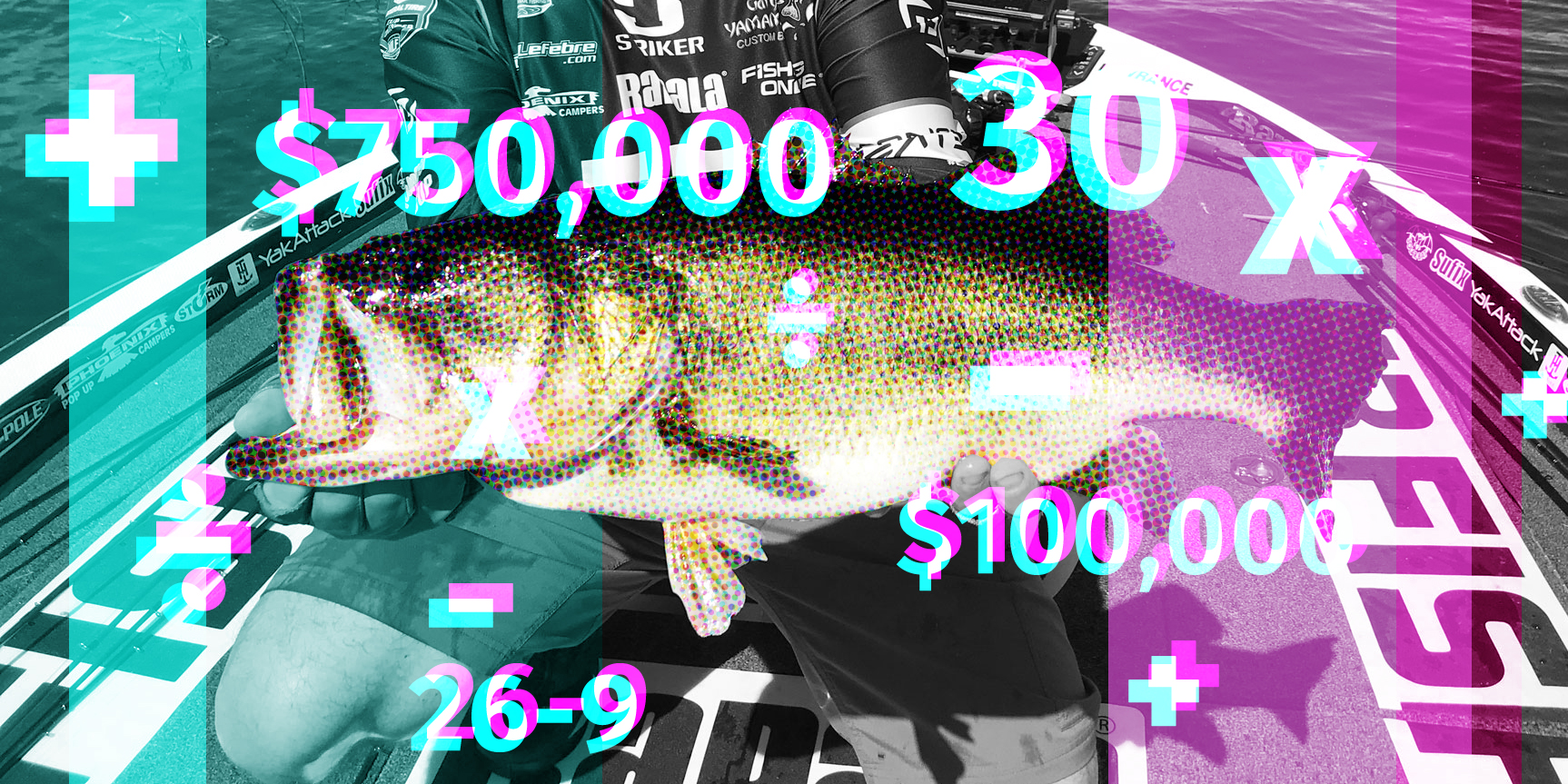 There are some new numbers, equations and extrapolations to learn this year as Heavy Hitters qualification looms.

Just two events into the first “semester” of the 2020 Bass Pro Tour regular season, there are some new formulas and extrapolations to study up on.

Those numbers represent the 30 positions available for the event scheduled for May 16-20 on the Kissimmee Chain in Florida, an event with a total purse of nearly $750,000 (including a reward of $100,000 for the biggest fish caught in the Championship Round of the event). Qualification for the event is based on the total weight of each Bass Pro Tour angler’s biggest bass in the first five stages of the season; two stages down, three remaining to catch enough big fish to earn a berth in the most unique big-bass event in history.

The Key Numbers after Stage Two

Ish Monroe stops in the middle of a telephone conversation to pose a question that’s been repeated frequently in recent weeks: “Where am I in Heavy Hitters standings?” Monroe asks the week after Stage Two Okeechobee. “Have those numbers been updated yet? I need to know where I stand in Heavy Hitters, right now.”

Monroe is informed that, after his 6-pound, 5-pounce big fish at Okeechobee, he’s in fourth place with 13 pounds, 7 ounces. It’s the same place he was in after Stage One, where his big fish from Lake Eufaula was a 7-2.

If Jordan Lee, the current Heavy Hitters leader, maintains his pace, the answer to that question is a little mind-boggling.

Lee is in the proverbial Heavy Hitters catbird seat after Stage Two Okeechobee. The Berkley pro landed an 8-pound Chattahoochee River stomper in the Knockout Round at Eufaula and added a 6-7 at Lake Okeechobee to bring his two-event total to 14-7. That’s an average of 7-3 per event: extrapolated over the five-event qualification range, the coveted No. 1 spot in the HH Top 30 will take 35-15 for five fish.

Scott Suggs left Stage One Eufaula on the outside of HH standings looking in with a 3-15. The Arkansas pro added a 6-11 at Okeechobee to bring his total to 10-10, which vaulted him from 51st place into the coveted No. 30 spot in the standings.

It’s a tenuous spot, to be sure: the 14 anglers immediately below Suggs are within a pound of his two-event total. On the flipside, the 13 anglers immediately above Suggs’ 30th spot (places 17 through 29) are also within 1 pound of the existing 10-10 Heavy Hitters qualifying line, which means that 28 anglers are currently packed within a 2-pound range of either punching a ticket for the Kissimmee Chain in May, or watching from home.

The extrapolated five-fish benchmark for 30th place in Heavy Hitters standings is 26-9 after two stages.

“Guys were predicting 23 or 24 pounds to qualify, and I knew that was too low,” Monroe says. “I figured it would take 27 pounds to make it in – now I wonder if that’s even enough. Think about that: You might catch 25 pounds for five fish, and have to stay home.”

“I can’t even fathom sitting at home and watching the Heavy Hitters event go down without me in it,” Dave Lefebre admits. “It’s something new and exciting, and as soon as I heard about it, qualifying for it became a major goal for the season.”

Lefebre helped his Heavy Hitters chances immensely when he put the heaviest fish of the young Bass Pro Tour season – a 9-0 Lake Okeechobee giant – onto the SCORETRACKER® scale in his second qualifying round of Stage Two. That fish boosted Lefebre from 45th in HH weight – his biggest fish at Stage One Eufaula was 4-9 – to his current position in third place with 13-9.

The Pennsylvania pro’s 42-spot leap is the most blatant example of the influence that a truly big fish has on an angler’s five-fish Heavy Hitters “virtual bag”: four of the Top 5 have recorded an 8-plus-pounder.

And there are bigger fish coming.

Stage Three Lake Fork will likely see the first 10-pounder(s) hit the SCORETRACKER® scales, and many of the field of 80 are predicting multiple 8- to 10-pounders to present themselves in this Texas big-fish factory. Stage Four Raleigh follows three weeks after, bringing the big-fish potential of Falls, Jordan and Shearon Harris lakes into Heavy Hitters play (those lakes produced 69 fish over 6 pounds in the third event of the 2019 Bass Pro Tour season).

“We’re coming up on what I believe will be the two biggest slugfests of the 2020 schedule with Fork and Raleigh,” Michael Neal predicts. “Those events will be the two events that decide who gets another Florida vacation and who gets to watch from home.”