Iaconelli Having Success ‘Fishing in the Moment’ 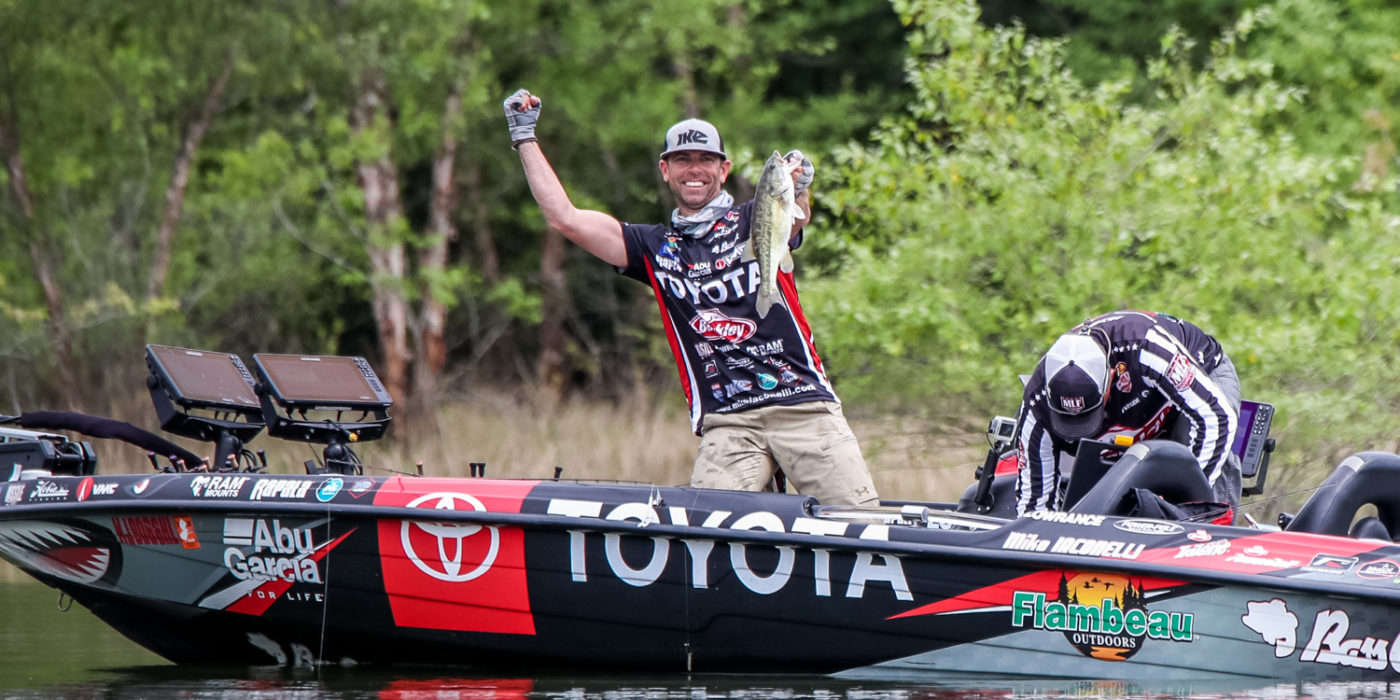 Mike Iaconelli credits his quality Bass Pro Tour season so far on "fishing in the moment". Photo by Josh Gassmann

Fresh off a plane that just landed in Springfield, Missouri, MLF pro Mike Iaconelli is on his way to Table Rock Lake for the Bass Pro Tour Berkley Stage Six Presented by TrueTimber. Iaconelli currently sits in fourth place in the REDCREST point standings and is coming off of his second-straight top-10 finish. Ike has a resume as a professional angler that a lot of pros would love to have, but what exactly has made him so successful this year?

“Fishing the moment and staying fluid are the biggest things in fishing,” Iaconelli revealed. “I’ve been a professional for over 20 years and I know that those two things will make you a better angler. Fishing the fish for that day, that hour, that minute is so important. The guys who do that are the guys that are consistently near the top of the standings.”

Whenever Iaconelli has a camera on his boat during his time on MLF, you can almost guarantee that he will provide some entertainment. However, beyond his electric personality, there’s a seasoned professional with years of valuable fishing knowledge that he sometimes communicates with the viewers at home. Recently, Ike has talked on the MLF NOW! live stream about just how important fishing in the moment and keeping a clear mind can be.

“When you are able to let go of your history at a lake and the baggage you bring with you, it makes you so much better,” Iaconelli explained. “It’s really easy to talk about but it’s so hard to do because it’s against human nature. You want to fish what you know and what your history has taught you, but you have to fight it and just fish in that exact moment.”

Iaconelli is no stranger to the MLF format having fished the MLF Selects and Cups for the past six years. He says his time in MLF has only bolstered his “fishing in the moment” belief.

“The clock is against you, you have SCORETRACKER® constantly updating, and those things make you fish in the moment,” Iaconelli said. “This year I have loosened up more than I ever have thanks to fishing in the moment and forgetting any history I have had at a lake. It’s really helped me have a good season on the Bass Pro Tour.”

Waiting for a Win

While he is positioned in fourth place in the REDCREST points standings heading into Stage Six, Iaconelli has yet to get his first win on the Bass Pro Tour. Back-to-back top-10 finishes and two cup qualifications have Ike feeling good with only three stages left, but he has his eyes set on a “W”.

“I feel like I’ve got a win in me,” Iaconelli said. “Fishing in the moment has made helped make me really consistent this year because it causes you to focus more on winning patterns than winning fish. It has really helped me find the prevalent pattern on any given lake and catch a lot of fish, which is what you need to do to win on the Bass Pro Tour.”

Iaconelli and the rest of the Bass Pro Tour field begin Stage Six from Table Rock Lake on Friday, May 17.