INSIDE THE NUMBERS: Shotgun Round 1 Produced Some Eye-Popping Big-Fish Results 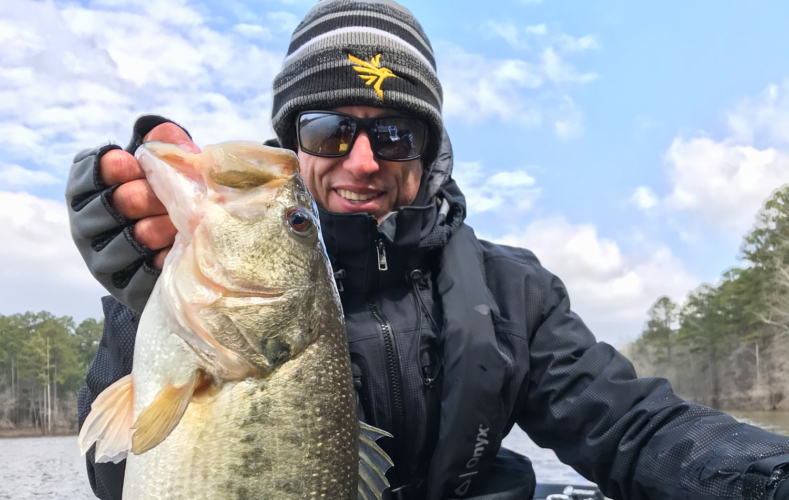 Brent Ehrler with one of the dozens of big fish caught during Shotgun Round action on Jordan Lake.
March 27, 2019 • Joel Shangle • Bass Pro Tour

RALEIGH, N.C. – Almost 24 hours after lines out for the first Shotgun Round of the Favorite Fishing Raleigh Stage Three presented by Evinrude, the significance of the day that 40 MLF Bass Pro Tour pros experienced on Jordan Lake north of Raleigh is still sinking in.

On a day when MLF veteran Kelly Jordon set a new standard for what defines a great day of fishing on the MLF Bass Pro Tour – Jordon weighed 26 fish for 82 pounds, 4 ounces – he and the rest of the field of 40 cultivated some numbers that should astound even the most jaded tournament bass angler.

Jordan Lake, a reservoir in the Cape Fear River drainage created in the 1940s for flood-control purposes, produced 11 northern-strain largemouth that weighed 7 pounds or more.

“Those numbers are just so impressive, for all of the guys who fish their local tournaments where you’re looking to catch the five best fish,” Jordon said. “For this group of guys to show up and catch that many big fish in a public lake that most of them hadn’t even seen before their one full day of practice tells a pretty compelling story about just how good this group is.”

A look deeper into the individual numbers of a handful of anglers tells an even more interesting story:

“One of the last fish I caught – I think it was a 4-pounder – I remember setting the hook and just laughing at how good it was,” Daniels admitted. “Everytime I set the hook, it was a good fish. I’ve had some big days in my career and I’ve won (events), but in terms of size and quality of fish, that was the best day I’ve ever had. That lake has some studs, man and let’s be real and understand one thing: if there are big fish in a lake, we’re going to catch them. We experienced that yesterday.”