Just How Good Was Cayuga Lake for Bass Pro Tour Stage Six? It was Exceptional! 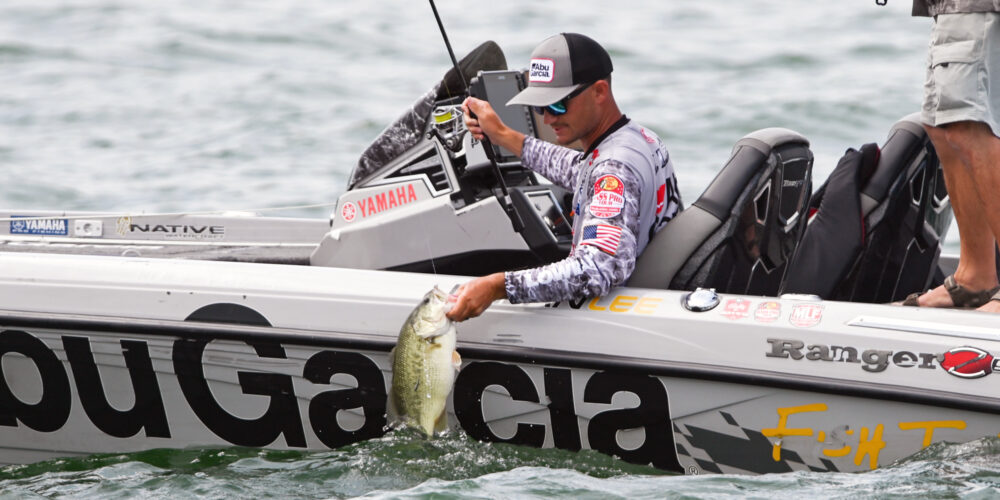 UNION SPRINGS, N.Y. – It’s no stretch to say that the fishing was exceptional on Cayuga Lake in early August at the Fox Rent A Car Stage Six Presented by Googan Baits. No matter which way you stack them up, the numbers posted on SCORETRACKER® were incredible, with eye-popping numbers of 4- and 5-pound class fish, several over 6 pounds, and Dakota Ebare’s monstrous 7-10 smallmouth bass caught on the final day.

The volume of scorable 2-plus-pound bass registered during the six-day event was so high that it may have been difficult for everyday anglers to grasp just how productive Cayuga was: 2,529 scorable fish were landed, including 92 over 5 pounds. The event average was a hearty 3-4 per fish.

Some of the event’s numbers were eye-popping when looking at the catch data on SCORETRACKER INSIDER®.

The 5-0 he caught at 2:20 pm wouldn’t have helped Lucas in a five-fish format as he already had already connected with five fish weighing 5-1 or more. Neither would the 4-13 he caught 30 minutes later. The 19 other 3- to 4-pounders that Lucas caught throughout the day would’ve been irrelevant in a five-fish event, but those fish showed up on his SCORETRACKER® line for Day 1.

That’s how good Lucas and Cayuga Lake were to kick off the tournament: extremely good.

Those were just a few examples of great catches from the first few days during this event.

As a basis of comparison, last year’s BFL Northeast Division event on Cayuga Lake was held on the same August 7th date as Group B’s first day of fishing. Casey Smith won that one with 22-13, one of four bags over 20-pounds.

The big bass surprised some local tournament anglers, including Toyota Series angler Tom Tennity, who worked as a camera boat operator for MLF staff during the event.

“Weights that big are usually only seen in the prespawn and usually it’s 22 or 23 pounds to win here in the summer,” Tennity said. “The fish are getting bigger here, and if I had to guess, the introduction of gobies has helped with that. What also surprised me was the number of 6s. Usually, a fish in the high 5s wins big fish this time of year almost every time.”

Cayuga Lake is home to some giant smallmouth, including the new New York state record caught earlier this year, an 8-6 landed in June by Thomas Russell. Ebare came close to the mythical 8-pound mark with his 7-10, and some anglers predominately targeting smallmouth notched huge daily five-fish bags.

While much of the attention was on the largemouth, the smallmouth proved to be a significant player in the event and were the reason for Connell’s win. Both species proved plentiful and hefty, cementing Cayuga Lake as a premier bass fishery.