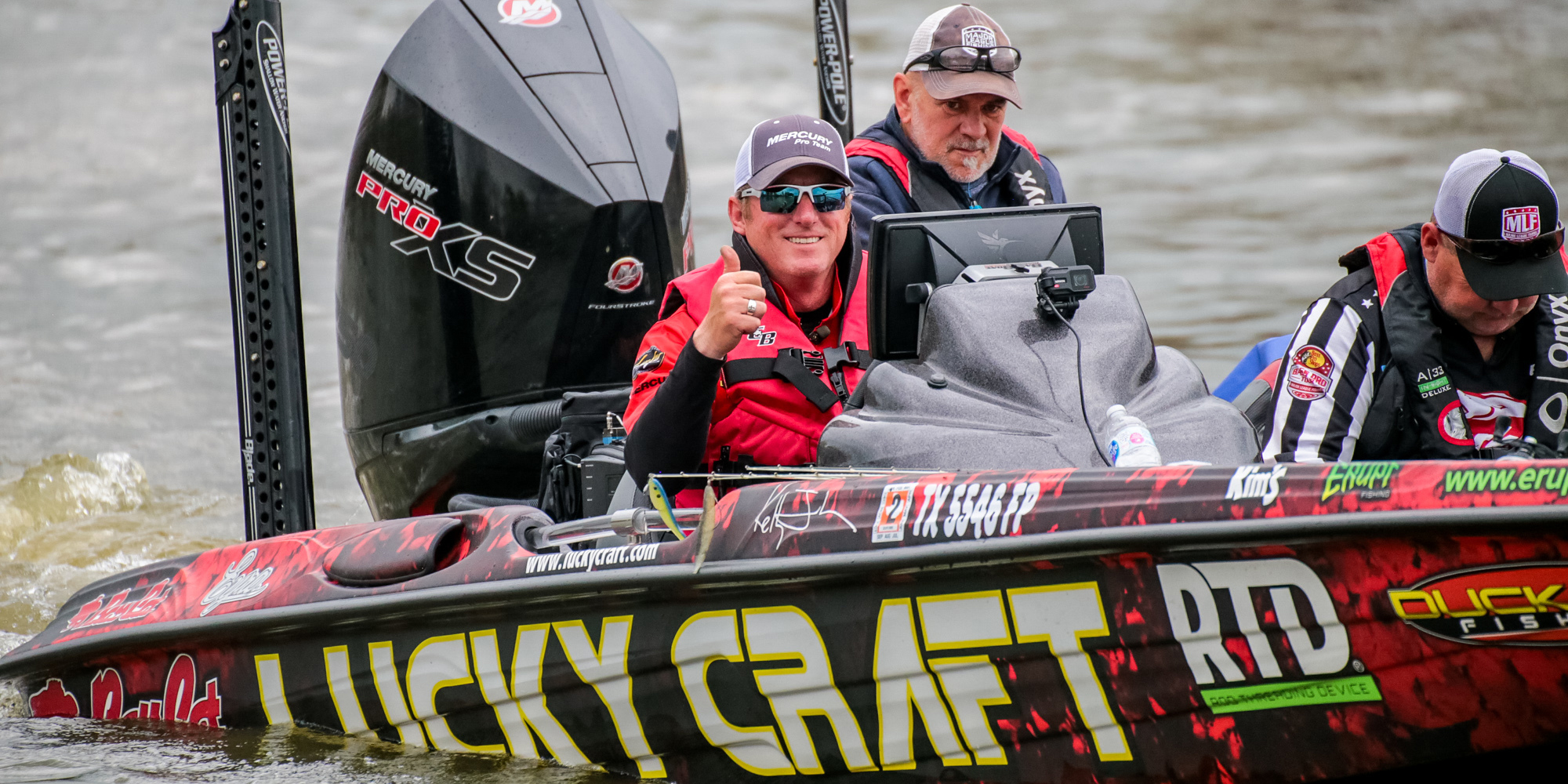 When bass talk turns to the postspawn period, anglers are apt to batten down their ambitions, hum a funeral dirge and prepare for tough fishing.

Not so with Kelly Jordon.

“Postspawn has always had the stigma of postspawn blues, a tough time to catch them,” Jordon confirms. “But among pro anglers who fish all over the country in a lot of different conditions, we understand postspawn as one of the best times to fish.”

So what’s the deal?

The challenge of postspawn comes in finding fish in transition. They’re no longer prowling potential nest areas. Nor are they settled into summer patterns. But Jordon deems it a “dynamic period” for one good reason.

Jordon focuses on three postspawn phenomena to dial in on success.

Don’t be afraid to trek early to deep structure where bass will hold for much of the summer. A big-fish bonanza may await you.

“What’s awesome is that the biggest bass, the females, drop their eggs and leave the beds,” says Jordon. “Typically those females are the first ones out, the first to show up in summertime areas.”

“There’s a week or two (after the spawn) when all I find out there are big females – 6- to 9-pounders and sometimes even 12-pound-plus fish,” he says. “I’ve had stretches on Lake Fork where I’m catching double-digit fish deep while there are still fish on the beds. The numbers may not be great, but postspawn is a great time to target big fish…and they are hungry. If you have a lake with really big fish and that lake offers good structure, start looking deep.”

Call ‘em bluegill. Call ‘em bream or ‘brim.’ But keep an eye open for those clustered craters where they spawn.

Bluegill spawn after largemouth bass, generally when water temperatures head into the upper 60s or 70s. The bed gathering of ‘gills provides bass with a readily available and easy-to-reach forage at a time when they can use a good meal.

“Bedding bluegill give bass something to key on,” Jordon says. “Brim beds will always attract big bass. And big bass like big brim! I think it’s payback for the annoyance when brim raid bass beds.”

His favorite bait by far during the bluegill spawn is the Kelly J Topwater from Lucky Craft, a lure with propeller blades at nose and tail that he designed with brim in mind.

“My namesake prop bait shines around those brim beds,” he says.

His presentation is a pattern of short pulls rather than pops, often with lengthy pauses to keep the bait in the strike zone longer.

“It has the profile of a brim. It looks like a brim, and it sits low in the water,” Jordon says. “When big bass are around these beds, you can’t get it away from them.”

The shad spawn is another event postspawn bass hate to miss. Rise early, or you’ll miss it. Rest assured, the bass will be awake and hungry.

“The shad spawn bite comes at first light and extends for 1 1/2 to 2 hours in the morning,” says Jordon. “On some lakes, shad stay up longer, even all day, but typically the bite extends from the first crack of light to an hour or so after sunup.”

Shad spawn on hard structure, everything from breakwaters in marina areas to the rip rap on bridges and dams, as well as around emergent vegetation, timber, boat docks and seawalls.

A simple key to locating spawning shad is to look for birds on their own hunt.

“Look for blue herons and other birds,” Jordon advises. “Gulls can be good, too, but herons are your bird dogs, the ones that will show you where the shad are. One heron is a good sign. If you find two herons or more on a shallow point or seawall or end of breakwater, that is money! You’ve found the lode. I can guarantee you, the bass have found them, too.”

Swimbaits are among Jordon’s favorite baits during the shad spawn. But it’s hard to beat a spinnerbait during this period.

“The shad spawn is a time when a spinnerbait is as good as it gets,” Jordon says. “A white or white and chartreuse bait with a willow leaf blade is all you need.”

Bladed jigs, fluke-style lures and swim jigs can be deadly, too.

His favorite topwater lures during the shad spawn are walking baits: the Lucky Craft Sammy and Lucky Craft Gunfish. The latter combines walking action with the splash of a popping lure.

Buzzbaits, poppers and hollow-bodied frogs fill out his arsenal.

“One of the most exciting things about the post-spawn period is the topwater action,” says Jordon.