Lake Travis is a Tale of Two Strategies for Casey Ashley 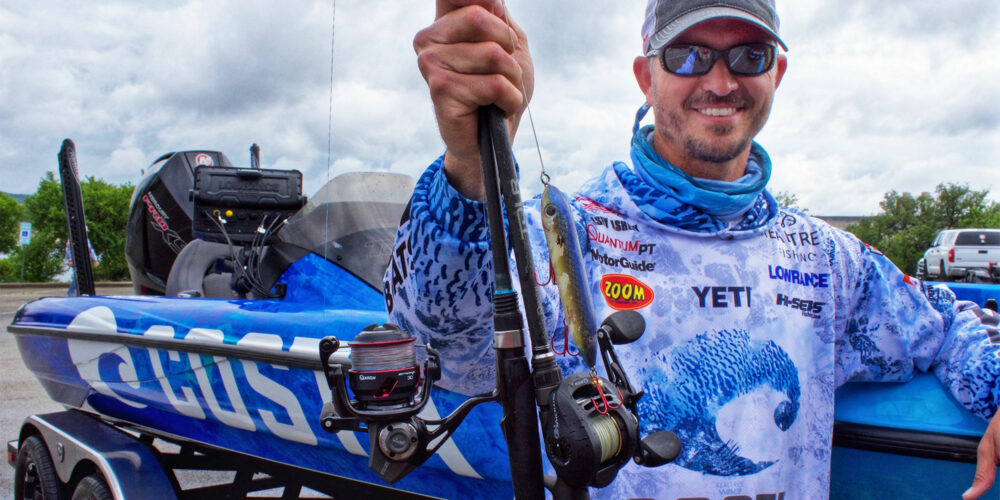 AUSTIN, Texas – Go big and aggressive, or small and subtle?

That’s the question many MLF pros are toiling with this week for Berkley Stage Two Presented by Mercury of the Bass Pro Tour on beautiful Lake Travis. The gin-clear water that flows from the Colorado River helps to make this fishery just outside of Austin so scenic but also presents its share of challenges to bass anglers.

Costa Sunglasses pro Casey Ashley fared well during his first day of competition, catching 13 scorable bass that have him sitting in fourth place halfway through his qualifying round. Ashley was quick to point out he caught a lot more than 13 bass on Day 1, but quality bites were tough to come by.

“Catching fish isn’t the problem on Lake Travis, it’s catching scorable bass over 1 pound, 8 ounces that’s challenging,” Ashley said. “This place is absolutely full of fish, but in practice, it seemed like I could only catch big ones with something super aggressive, or super finesse. So I’m on two opposite ends of the spectrum.”

Ashley rotated through several presentations on Friday, but he racked up most of his weight on a big topwater tied to a 7:3:1 Quantum Smoke HD reel and a 7-foot medium action rod as well as a shaky head paired with a size 30 Smoke S3 spinning reel and 7-foot medium spinning rod. From 50-pound braided line to 8-pound fluorocarbon, Ashley explained his lure choices are based around water clarity.

“The water is so clear in most places that the fish get too good of a look at what you’re throwing and they just won’t eat it,” Ashley offered. “Even in windy, cloudy conditions like we had today, I either had to fish a fast, aggressive topwater or drag a finesse bait painfully slow to trigger scorable bass to bite. It’s kinda impressive how finicky these fish can be.”

The South Carolina native said there was over 15 feet of visibility in many of the areas he keyed in on today. Ashley took advantage of the water clarity and a quality pair of polarized sunglasses during practice, spending a majority of his time looking with his eyes instead of his electronics.

Keeping his trolling motor on high, Ashley covered a lot of shoreline during the second day of practice and ultimately found the stretches where he caught most of his fish during Day 1 of competition.

“The nice thing about fishing a lake this clear is you can learn a lot if you get some sunshine during practice,” Ashley said with a smile. “You can see so well it really allows you to learn how the bottom lays out. I was looking for quality fish that I could come back to, but I was also seeing what kind of cover bass were keying in on and that’s really what helped me most today.”