Lintner, Monroe Rebound to Make Knockout Round After Subpar Starts 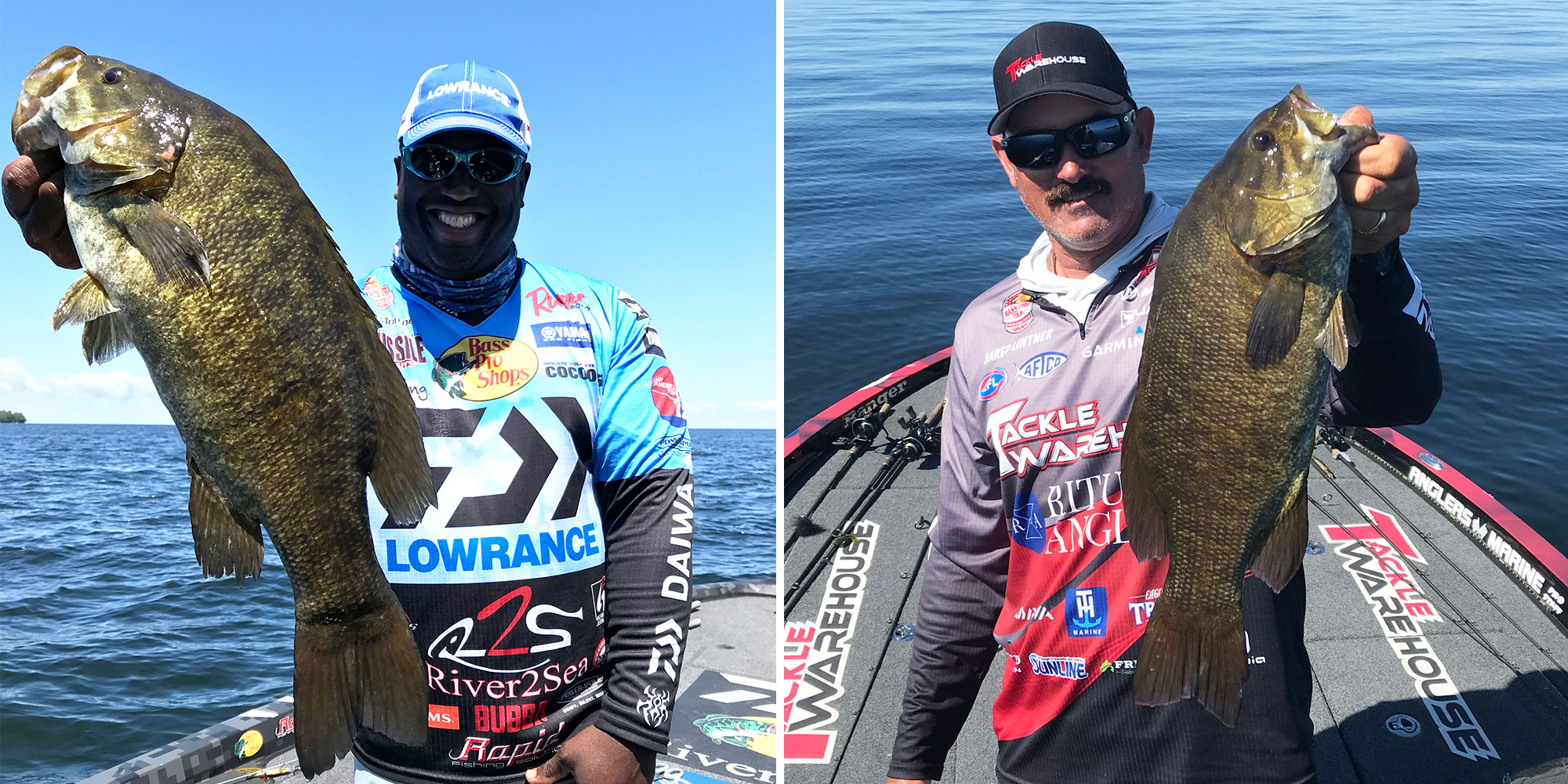 Jared Lintner and Ish Monroe both used 4-pounders to move on to the Knockout Round.

STURGEON BAY, Wis. – There were plenty of impressive numbers thrown around in Group B on their first day of competition Saturday, but Californian pros Jared Lintner and Ish Monroe weren’t a part of that dazzling display of smallmouth catching.

“I was on the east side of the peninsula on the first day and I just couldn’t find any fish,” Lintner recalled after catching only four bass for 12 pounds, 13 ounces on Qualifying Day 2. “Any fish that I found in practice in the back of a bay I was fishing were just gone when I got out there for my first day.”

“I never felt comfortable,” Monroe admitted after finishing 33rd in Group B’s first competition day with 17-8. “I felt like I would catch a 4-pounder and then a 3-pounder and I wouldn’t move up any on SCORETRACKER®. Everyone is catching them really well this week and if you wanted to make the cut you could never slow down.”

With nothing to lose heading into his final Qualifying Round of the 2020 season, Lintner took advantage of his ride through this morning and went graphing in areas where he hadn’t fished – just looked at during practice. That ride-through time proved critical for the Tackle Warehouse pro.

“I found a school in practice in an area where I had never been before, but it was so windy and choppy I couldn’t really see the bottom or how many were there,” Lintner said. “Well, I went there today while it was calm and slick, and there was a thousand of them.”

The area Lintner found was a flat with some rocks and grass scattered throughout. Lintner admitted there wasn’t really anything special or distinct about this place that separated it from point A or point B.

“I have no idea why those fish were in that area or why there were so many,” Lintner said perplexedly. “I used my drop-shot, a Ned rig and a Neko rig to catch all of them. There were so many fish it looked like the bottom of the lake was moving. I was only in about 6 to 9 feet of water. There’s nothing that makes this place stick out, I just happened to find it.”

As many fish as there were in that area, Lintner said he barely made a dent in the population even after catching 40 bass for 119-5 – the only angler in Group B to have a 100-pound day. While it might have been clear to the viewers at home and the analysts in the MLF NOW! studio that Lintner was moving on to the Knockout Round fairly early in Period 3, he never let off the throttle.

“I was never really at a point where I felt like I could just go out and practice for tomorrow,” Lintner explained. “I knew I was probably going to make the Knockout Round with about an hour and a half left in the day. I felt safe, but I was also trying to catch my buddy Cody Meyer just to get bragging rights on him heading into tomorrow, so that’s also why I kept trying to catch them.”

Monday’s round was important for the California pro not only for his Stage Five championship hopes, but also his chances at qualifying for next year’s REDCREST at Grand Lake. “The Milkman” began Stage Five sitting 36th in points, and with only the Top 40 moving on to REDCREST, it was imperative for Lintner to have a solid event in Wisconsin this week.

“I’ll never forget this day,” Lintner admitted. “With how poorly my first day went and this being such an important event for REDCREST qualification for me, I’ll remember this one for awhile. I don’t think I’m 100 percent in the REDCREST Top 40 right now, but I know a good finish – maybe a Top 10 – can get me there, so that’s what I’m going to try to do.”

If there’s one thing that Monroe is unapologetically known for, it’s that he’s always on the hunt for big fish. Whether they’re smallmouth, largemouth or spotted bass, “Big Fish Ish” is going to try to find them.

That’s why when MLF announced that Stage Five would be at one of the premier smallmouth fisheries in the country, Monroe knew his strategy for hunting big fish could pay off.

“I had a lot of big ones today, which is obviously what I like to do,” Monroe said. “I would have had a five-fish limit in the low-20s today with what I caught. To be able to not only catch big smallmouth, but to catch a bunch of them in the process, is pretty cool.”

Monroe added 82-2 of smallmouth on the day, and will be joining Lintner in the Knockout Round on Tuesday.