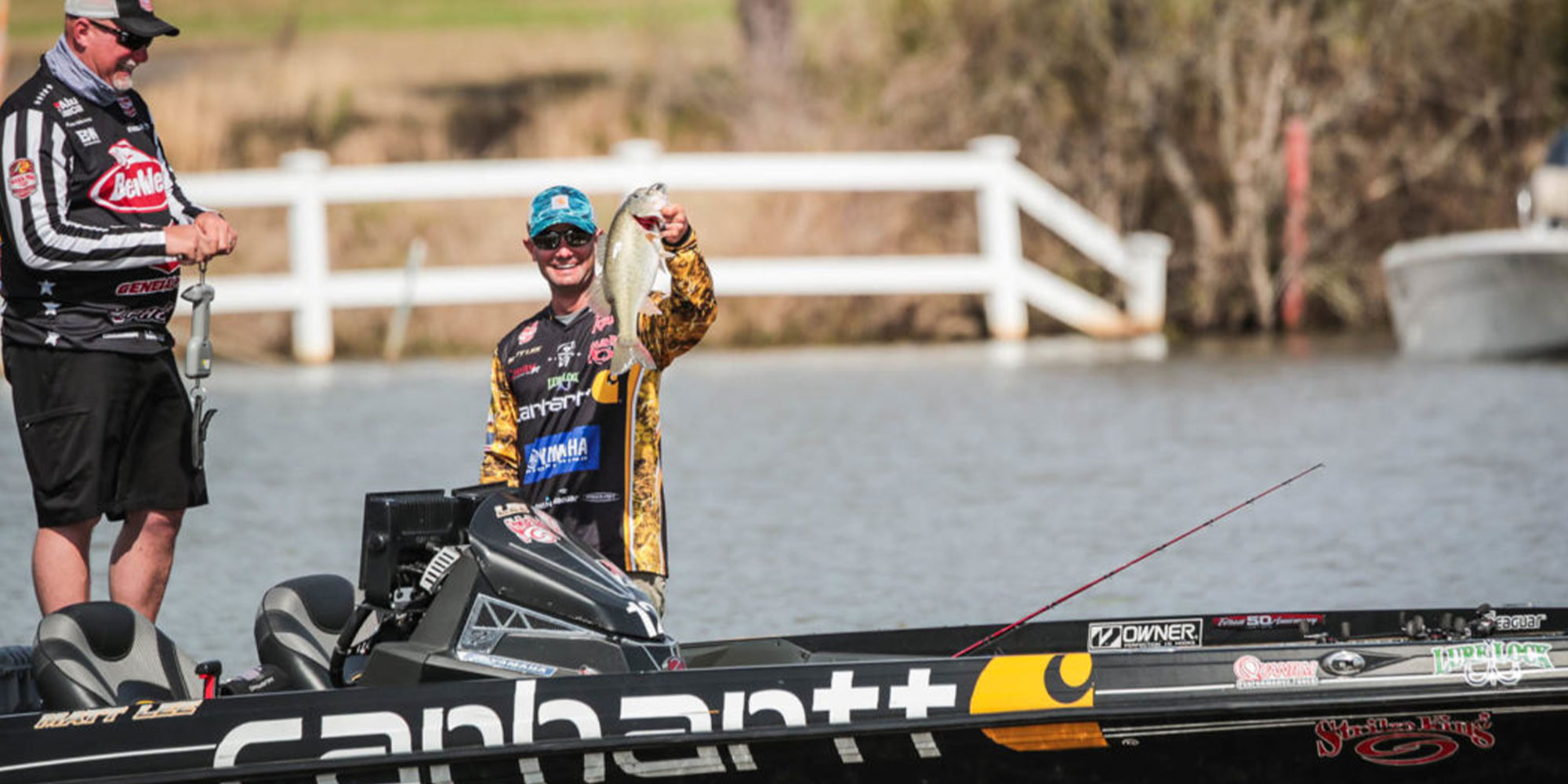 Matt Lee is a firm believer that a bubble trail is a good sign to stay with a topwater in the fall. Photo by Josh Gassmann

MLF pro Matt Lee isn’t sure if the theory is pure folklore, some sort of urban legend, or a paragraph plucked from the Farmers’ Almanac: the accomplished young Yamaha/Carhartt pro absolutely believes in the bass fishing theory stating a pronounced bubble trail behind your topwater walking lure or buzzbait means you probably ought to throw it all day long.

“Look, I got my degree from Auburn in engineering, not meteorology, so I’m not going to feed you some line about barometric pressure or relative humidity being the cause of a bubble trail,” Lee says emphatically. “But I will tell you when that first cast of the day with a buzzbait or Sexy Dawg creates a long bubble trail, you’d better keep casting it all day long– especially in the fall.”

To prove his point, the Cullman, Alabama native cites a recent charity tournament he and good buddy Clint Morgan fished on Smith Lake to benefit a sweet young lady named Chloe who was recently involved in a serious vehicle accident.

“Clint sells playground equipment for a living, but he absolutely loves to bass fish. In fact, he gets so excited when one eats his buzzbait it cracks me up,” laughs Lee. “But when morning clouds gave way to bright sun, he was ready to put down the buzzbait.”

“I told him as long as I had a bubble trail behind my 3/8-ounce Strike King Gurgle Toad I was going to throw it all day. That little derby was a 3-bass limit, but we ended up catching three good ones that totaled 9 pounds on the buzz, and won a check for $400 that we donated back to the charity.”

Stay With Topwaters in Low Light

Lee says as true as pronounced bubble trails can lead to all day topwater success, the belief that topwater fishing is mostly a lowlight pattern is absolutely false, and one of bass fishing’s most unfortunate misconceptions.

“I heard a guy on the dock at the Quantum High School and College Open say the slight fog delay was going to cost them a good topwater bite,” Lee laments. “After seeing the bubbles behind the Sexy Dawg I played around with from the shoreline that day, I sure hope that guy didn’t give up on a topwater.”

Lee recommends using a reel with at least a 7.0:1 gear ratio, and says anglers should consider pairing their topwaters with a very affordable 7-foot medium-heavy Quantum Accurist rod. He uses a braided line/monofilament setup when fishing around aquatic vegetation, and goes with straight 17-pound Seaguar monofilament when fishing rocky lakes like Grand, Smith or Table Rock.

In conclusion, Lee says he can’t say for sure where he first heard about the bubble trail theory, but he’s certain of its amazing goodness.

“As a teenager, being a total bass fishing nerd, I probably first read about the bubble trail thing and started paying attention to it,” Lee admits. “And to this day, it absolutely holds true. If people reading this will look for it – and throw a topwater all day when they see it, I’ll promise you they’ll agree it holds true too.”

Froggin’ 101 With Cody Meyer and the Daiwa Tatula Elite

I Spy(bait) With My Little Eye: Aaron Martens’ Spybait Secrets