MERCURY KEYS TO VICTORY: Will it be Main Lake or Creeks on Smith Lake for Stage Three? 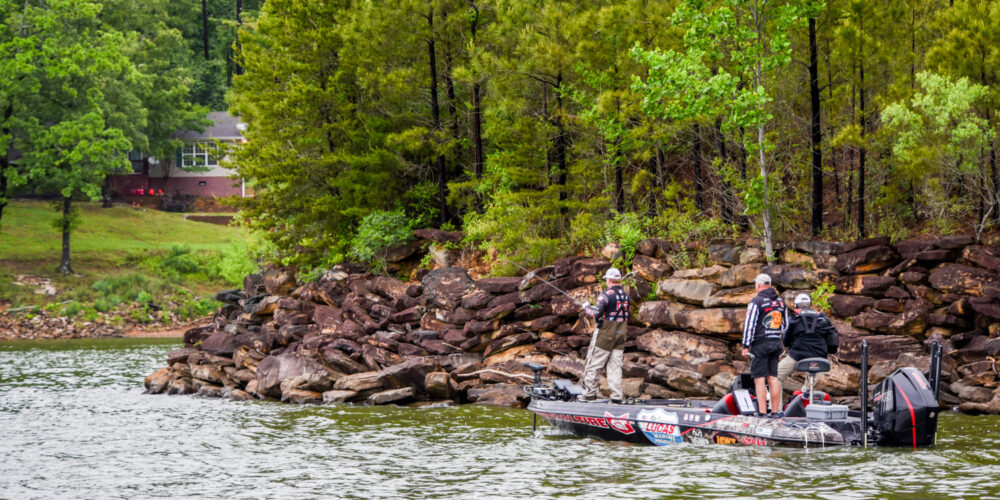 CULLMAN, Alabama – After two prespawn largemouth slugfests to start the 2022 season, the Bass Pro Tour will now shift gears. Instead of shallow, woody cover in Texas and Louisiana, the 80-angler field will target clear-water spotted and largemouth bass on Alabama’s Lewis Smith Lake, the host of the Favorite Fishing Stage Three Presented by Mercury.

This impoundment of Sipsey Fork of the Black Warrior River has hosted a Bass Pro Tour event before, as Dean Rojas claimed Stage Five during the inaugural season in 2019. He caught 30 bass for 47 pounds during the Championship Round in the event set in late April, capitalizing on the early-morning shad spawn bite.

The earlier date of this year’s tournament should translate into bigger bass on average, according to Mercury pro Matt Lee, who lives in the host city of Cullman, Alabama.

How it Sets Up and Current Conditions

Located in the north-central part of the state, Smith Lake was formed with the completion of the Lewis Smith Dam in 1961. The lake is the deepest in Alabama, with a maximum depth of over 260 feet deep. The lake’s surface area is around 21,000 acres and it includes over 500 miles of shoreline, with most of it full of spotted bass, with largemouth bass mixed in.

It’s a long and winding lake that features deep rock, bluffs, and clear water, making it ideal for spotted bass. Spots will likely make up a bulk of the catch during the week – the variable weight minimum for Stage Three will be 1-8.

Full pool at Smith Lake is 510 feet, and after recent rains, the lake rose over a foot overnight to bring the level to 510.87 feet, right around where it’s supposed to be in early April. According to Lee, the water level is something to watch closely this time of year.

“Last year during the Tackle Warehouse Pro Circuit, it was pretty tough fishing for the guys fishing it,” he said about the event won by John Cox with 62-4 for 20 bass over four days.

That event was also held in early March.

“After that event, it rained and flooded and we wore them out,” Lee said. “If we get some rain, it could be very good. There can be an unreal shallow bite, and it can happen quickly.”

Room to Roam and Plenty of Possible Winning Tactics

It’s his home lake and he may seem a bit biased, but Lee loves Smith Lake as a tournament venue because of how it spreads out the field.

“You have the largemouth and spotted bass places and that will split up some of the guys,” he said. “With just 40 boats at a time, we can go wherever we want because there are so many good areas. The lake is decent sized and it takes a while to get around from spot to spot, so making the right decisions will be important because you don’t want to run too much, or you’ll fall way back on the SCORETRACKER®. (The field) is going to catch ‘em.”

Lee predicts that the field will be about evenly split between the main lake bite and the others that head up into the creeks. Either approach could be the way to win, in his opinion.

“There will be guys who catch them on the main lake with typical stuff like jerkbaits and swimbaits, and even a Carolina rig,” Lee said. “There are so many different ways to catch them here and you’ll also have guys up the creeks cranking, flipping and pitching to targets, and maybe even a little topwater. You’ll see a little bit of everything in this one and the bad part is that I’ll probably have all of those things tied on each day.”

Lee expects plenty of fish to be caught this week, with good numbers around the 1-8 scorable mark with the potential for 3- and 4-pound specimens of either species.

“A good day on Smith this time of year would be 12 or so scorable bass a day and that will give you 25 or 30 pounds, which I think is the mark you will need to make the Knockout Round,” he said. “The winner during the Championship Round will have at least 50 pounds.”