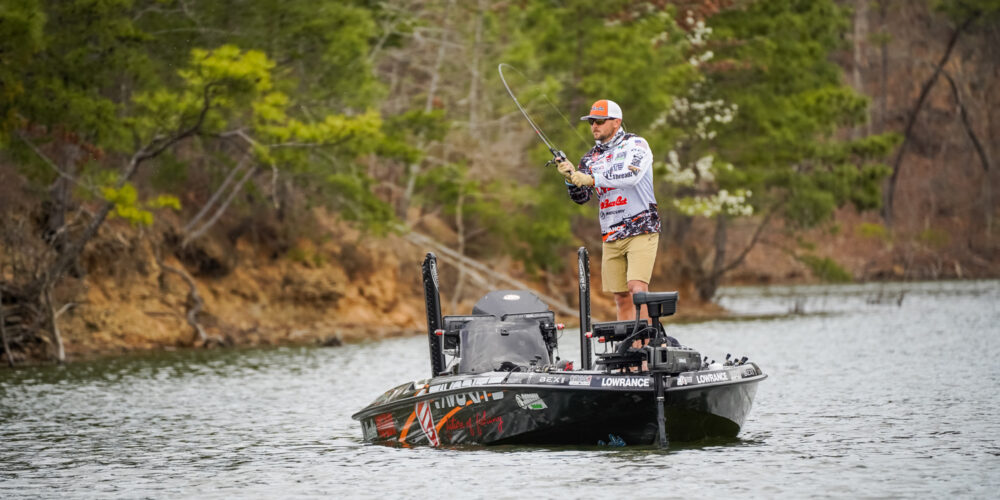 Topwater fishing is a summertime ritual and is usually when every bass angler is throwing them. The collection of different lures worked along the surface work wonders when the water is warm. But for Mercury Pro Team angler Zack Birge, it’s not just a summertime technique: Birge trusts the topwater bite from early in the prespawn until very late in the fall, varying his approach as the seasons change.

Early in the season, when bass begin to start eating shallow crankbaits, Birge is already thinking buzzbaits and the big bites they entice. He’s had some great successes with water temperatures in the low-50-degrees range and knows the potential always exists for big bass on topwater.

“I almost won a couple of tournaments on a buzzbait when the water temperature was around 53 degrees,” Birge says in reference to a 2015 Tackle Warehouse Pro Circuit stop on Smith Lake – where he led the event for three days before finishing sixth – as well as some local events near his home in Oklahoma.

Birge believes the buzzbait can be so effective early in the year simply because most people aren’t throwing them – they think the water temperature is too cold.

“It’s something that not many people do, but when the fish get up shallow to spawn, they can be pretty aggressive for a buzzbait,” Birge says. “I’ll fish around stumps, laydowns, and places they will eventually spawn and it can be a great way to catch a kicker late in the day if you are in a five-fish tournament.”

From Spawn to Fall

Once bass began to spawn, Birge shifts gears to a walking topwater bait like the Yo-Zuri 3DB Pencil, which he’ll throw through summer and fall.

“I’ll still throw the buzzbait some, but it’s mostly the 3DB Pencil early in the morning and later in the afternoon now,” Birge says. “As it gets later in the year, I’ll start throwing the walking baits all day long. It can become a timing deal and depends on the region, but late in the year, you can pretty much throw it in any conditions and get fish to bite a topwater all day long.”

During the warmest summer months, he’ll also mix in topwater poppers and frogs.

“I throw the frog a lot all summer long,” Birge confirms. “I’ll also use a popper like the Yo-Zuri 3DB Popper when I’m dissecting targets like laydowns and logs, or anytime I see bream beds up shallow.”

As the water begins to cool in the fall, Birge goes back to a buzzbait, saying that the reverse of the spring months is true. He’ll throw it until the water starts to cool to the low 50s.

“The latest I can remember catching them on a buzzbait was on Grand Lake and the water was 51 degrees,” Birge recalls. “It was the week after Thanksgiving and we started running pockets and had 23 pounds all on a buzzbait. That was the only way to get the big ones to bite and it showed me how late in the year you could fish a topwater.”

While topwater fishing is primarily a summertime thing, Birge extends the topwater season and will keep one tied up as long as the fish are willing to bite it.