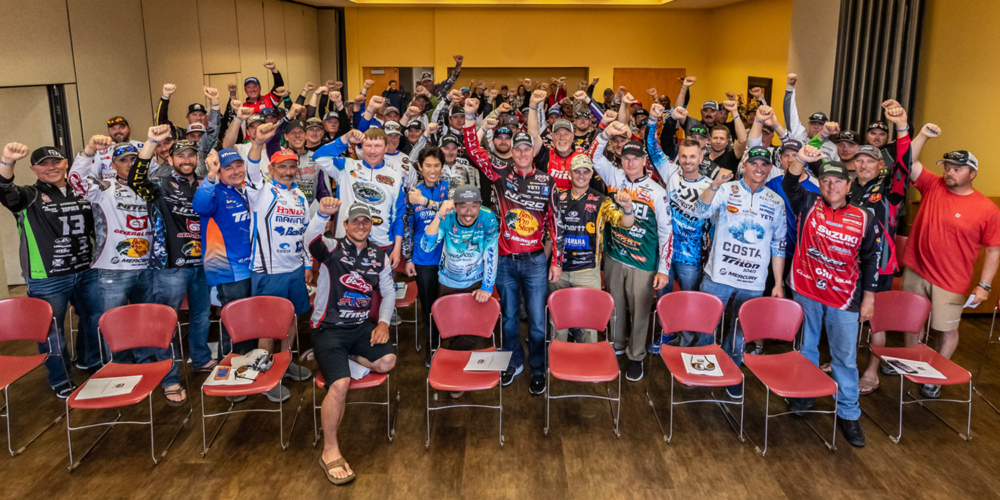 DAYTON, Tenn. – In the battle against autism, every victory counts. Every dollar, every moment of awareness. Every chance that something can be gained in the campaign against a disorder that affects 1 in 44 children in the United States.

April is National Autism Awareness Month, and the MLF Bass Pro Tour roster is participating in the way they know best: by catching fish.

Most of the field of 80 anglers competing in the next two Bass Pro Tour events are pledging “dollars per pound” donations to their favorite autism awareness organization, and they’re asking their fans to consider doing the same.

“Autism affects so many families, we’re just doing our best to encourage people to do whatever they can for their local autism awareness organization,” said Kevin VanDam, who is pledging a robust $5 for every pound of fish he records on SCORETRACKER this week. “I’d love it if our fans and friends participated with us: even if they do 10 cents a pound for their local charity, it’s all a big help.”

Raising Awareness in the Bass Community

The bass-fishing community has rallied in support of autism awareness for the past several years, thanks partly to the efforts of Eli Delany of My Little Buddy’s Boat, Inc., a 13-year-old non-profit organization focused on autism education and awareness. Delany, a longtime local and regional tournament angler from Massachusetts, created My Little Buddy’s Boat, Inc. and supporting website as a resource for families with autistic children.

Many of the MLF pros sport the organization’s “Fishin’ with a Mission” decal, which Delany and his wife Deborah created in honor of their son Luke, who was diagnosed with autism when he was 18 months old.

“I really wanted to spread autism awareness nationally, and I knew that all of these guys drive tens of thousands of miles a year,” Delany said. “If they had a decal on their truck and boat, that might catch somebody’s attention in parts of the country that maybe don’t have a strong medical community. I live in Boston, but even in this great medical community, it wasn’t easy to locate the right resources. There are autism resources in most communities, and that decal is designed to make a light bulb go off. Getting help for these children is so critical, and the sooner the better.”

MLF anglers participating in April’s awareness and fundraising effort will combine their weights and contributions from the Stage Four event on Lake Chickamauga in Tennessee, and the Stage Five event on Smith Lake in Alabama.

With big weights of Florida-strain largemouth expected on Chickamauga and possibly even heavier overall weights of spotted bass on Smith Lake, could add up quickly. The angler with the most weight at will be recognized as the Autism Awareness Champion.

Watch for the #AnglersForAutism hashtag on MLF anglers’ social media to see how each angler is participating in Autism Awareness Month.