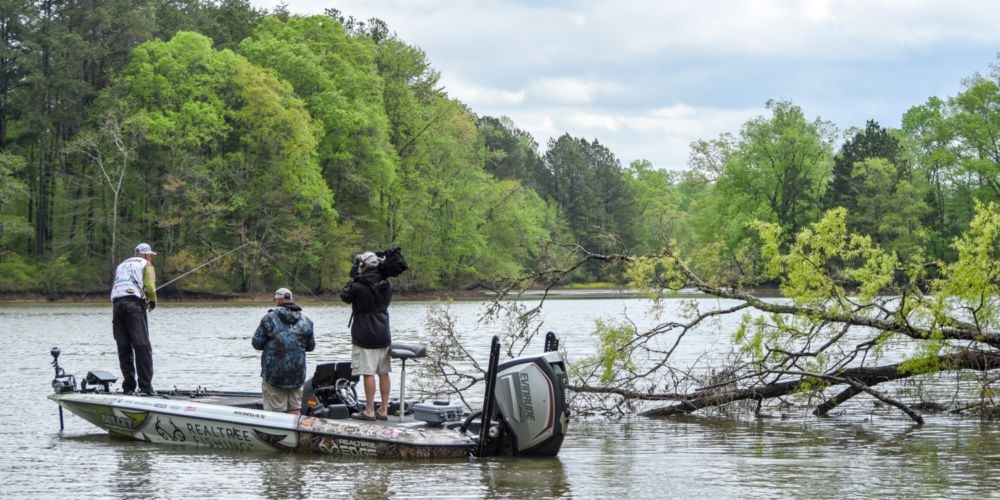 DAYTON, Tenn. – Competitive bass fishing may be the only sport where a “home lake advantage” sometimes becomes a disadvantage: memories of fish caught a certain way in certain places frequently haunt anglers competing on their local fishery.

Not so with Andy Morgan.

The Dayton, Tenn., pro leaned heavily on the knowledge he’s gained in over three decades of hunting and fishing on Lake Chickamauga to run away with the championship at the Bass Pro Tour Econo Lodge Stage Four presented by Winn Grips. Morgan put 34 Tennessee River largemouth on SCORETRACKER™ for 80-0 pounds on Championship Sunday to distance himself from the final-day field by nearly 20 pounds – easily the most dominant win so far in the 2019 season.

“I didn’t figure something special out, I didn’t run 50 miles to get to a new spot I found, none of that,” Morgan admitted. “To be blunt, that’s just an area I know very, very well. I guided for ducks up in that area when I was 11 years old and won my first tournament on my own there when I was 15. I know it like the back of my hand.”

Morgan’s area – the sloughs and backwaters of Mitchell Branch/Moon Island (known locally as “The Branch”) – produced consistent bites for the Evinrude pro throughout three of the four rounds he competed: he weighed in 56-3 in the Elimination Round, 56-13 in the Knockout Round and 80-0 in the final.

Solid numbers by all measures. But in a competition when the field is piling up bass to the tune of more than 3 ½ tons in six days, Morgan’s experience and decision-making on that critical final day was the difference maker, especially in the afternoon, as Jared Lintner climbed to within 2 pounds of Morgan’s lead.

“Andy fished that final day like a guy who knew exactly where to be, all day long,” said MLF NOW! analyst JT Kenney. “He played it all perfectly. Watching him work that area throughout the day was just impressive.”

As has been the case in a career that has produced three FLW Angler of the Year awards and the most Top 10 finishes in FLW history, Morgan’s approach was simple and straightforward. Morgan’s key bait was a Zoom Super Salt Plus Z Craw (“In about a dozen different colors,” Morgan said) – and he also mixed in a Strike King Thunder Cricket vibrating jig and a Strike King Red Eye Shad.

“Just basic stuff that’ll catch fish up and down the Tennessee River,” Morgan said. “Nothing secret. Those are just baits that you know fish will bite when you put them in the right place.”