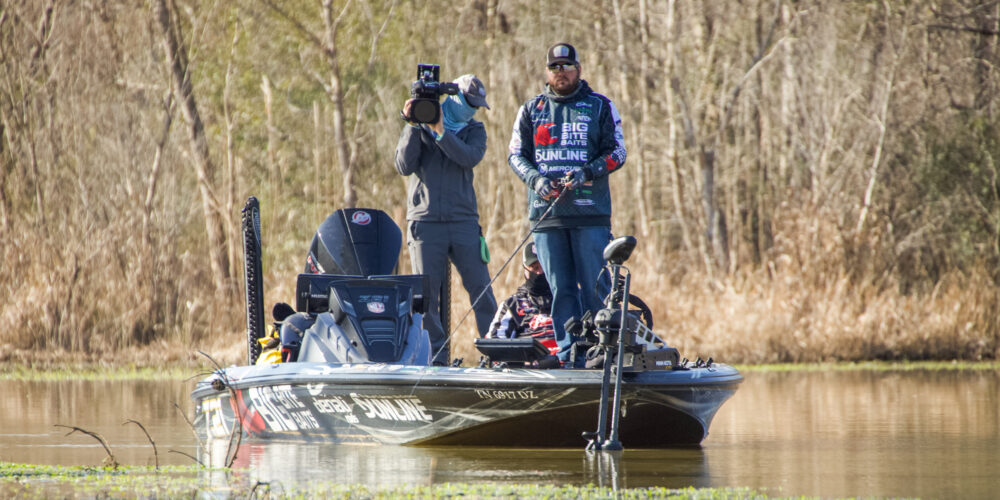 The changing of the seasons from fall to winter often signals a feeding frenzy as bass do their best to fatten up. It can also be a “feast or famine” time of year as fish are on the move hunting for food, and you’ll either land on the mother lode or find yourself one step behind them.

To better his odds in early winter, Tennessean Michael Neal bumps up the speed, focuses on high percentage areas and meticulously matches his baits to the forage.

Neal’s approach to late fall and early winter is similar to his springtime approach, only in reverse. Instead of moving toward the shallowest water, he starts shallow and works his way out into deeper water until he intercepts groups of bass.

“Every spring, we start outside of the creeks and pockets and work our way back into the shallowest water,” he said. “In the fall, I’ll start as far back (in creeks and pockets) as I can and work out until I find them. The biggest thing is to cover water, don’t fish slow, and move until you find the bait. Bass are so keyed on shad in the fall and winter that I don’t even think about slowing down until I’m getting bit.”

While Neal is methodical in how he searches for fish, he’s quick to remind fellow anglers that they’ll find bass just about anywhere as long as baitfish are present.

“It could be anything: points, a shade line, gravel banks, or out on the ends of bluffs and they’re suspended 5 feet down,” Neal said. “They just need a good place to ambush baitfish, and they can do that just about anywhere on a given day.

“It’s as simple as putting your trolling motor down, fishing and trying to establish where they are that day. I’ll also pay close attention to bird activity and to wind direction and how it can push baitfish into an area. All of that can give you a clue if you are watching what’s going on.”

With bass currently focused on baitfish, Neal sets aside his crawfish imitators for the time being and will only switch to them in the dead of winter. He also downsizes his lures as small shad become a big part of a bass’s diet this time of year.

A small swimbait like a 2.8- and 3.8-inch Big Bite Baits Pro Swimmer is his top pick for early winter. Neal generally fishes it on a ¼-ounce ball head and opts for casting gear instead of spinning as many others prefer.

“They generally aren’t eating huge gizzard shad, it’s typically the 2- and 3-inch threadfin shad,” he said. “I’m just more comfortable winding something on baitcast gear and like a 7-foot medium cranking rod, so it has some give and you don’t bend out the hook. I’ll just fish it with a slow retrieve and try to cover water.”

In addition to the swimbait, Neal relies on a handful of other proven baitfish imitators.

“I‘ll also use jerkbaits, vibrating jigs, and spinnerbaits,” he said. “For spinnerbaits, I like those with smaller blades to imitate the shad better and I use a smaller plastic trailer.”