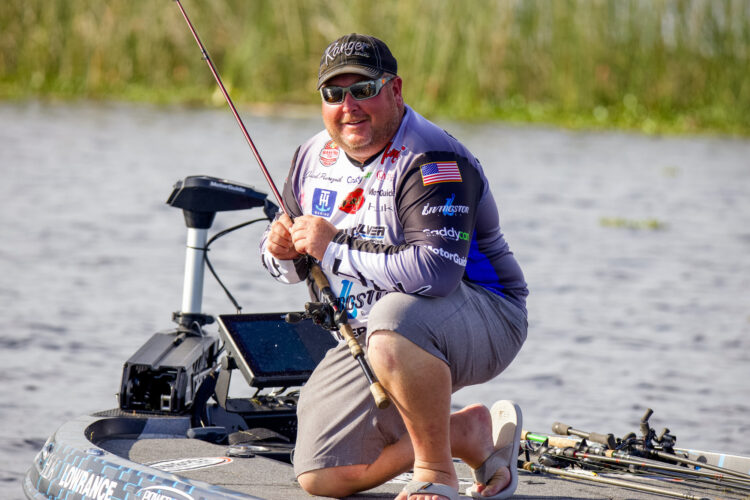 Major League Fishing pro Jacob Powroznik notched his second win in just his eleventh Bass Pro Tour event thanks to some afternoon heroics on a Lake Okeechobee spawning flat that was full of bass and nostalgia.

The easy-going Virginia pro used a high-speed Quantum Smoke S3 PT (8:1:1 ratio) reel to quickly swim a worm over eelgrass and spawning beds to catch 49 pounds, 11 ounces in the Championship Round of Stage Two of MLF competition.

“I was fishing an expansive flat, so long casts and a fast retrieve was extremely important in triggering those fish to bite,” Powroznik said. “Using such a high-speed reel not only helped me cover water quickly, but it also gave me the ability to pick up slack in my line and catch up with those fish once they got the bait.”

The spawning flat Powroznik targeted was less than 2 feet deep, and the bass were extremely aggressive. Powroznik explained the fish seemed to come out of nowhere, and in such shallow water they’d swim away like they were shot out of a cannon. The bass were fast, but fortunately for Powroznik his Smoke S3 was faster, allowing him to keep pace with the fish to ensure an efficient hook set.

“Everything just lined up for it to be a magical afternoon,” Powroznik admitted. “The right equipment, a fresh group of fish, and a truly special spot all lead to this win. That same Lake Okeechobee spawning flat is the last place I got to fish with my dad before he passed in 2017. It was back in 2015, and we were sight fishing, but it was a day I’ll never forget. To win a major event on that same spot years later…what can I say? I know he was in the boat with me again.”