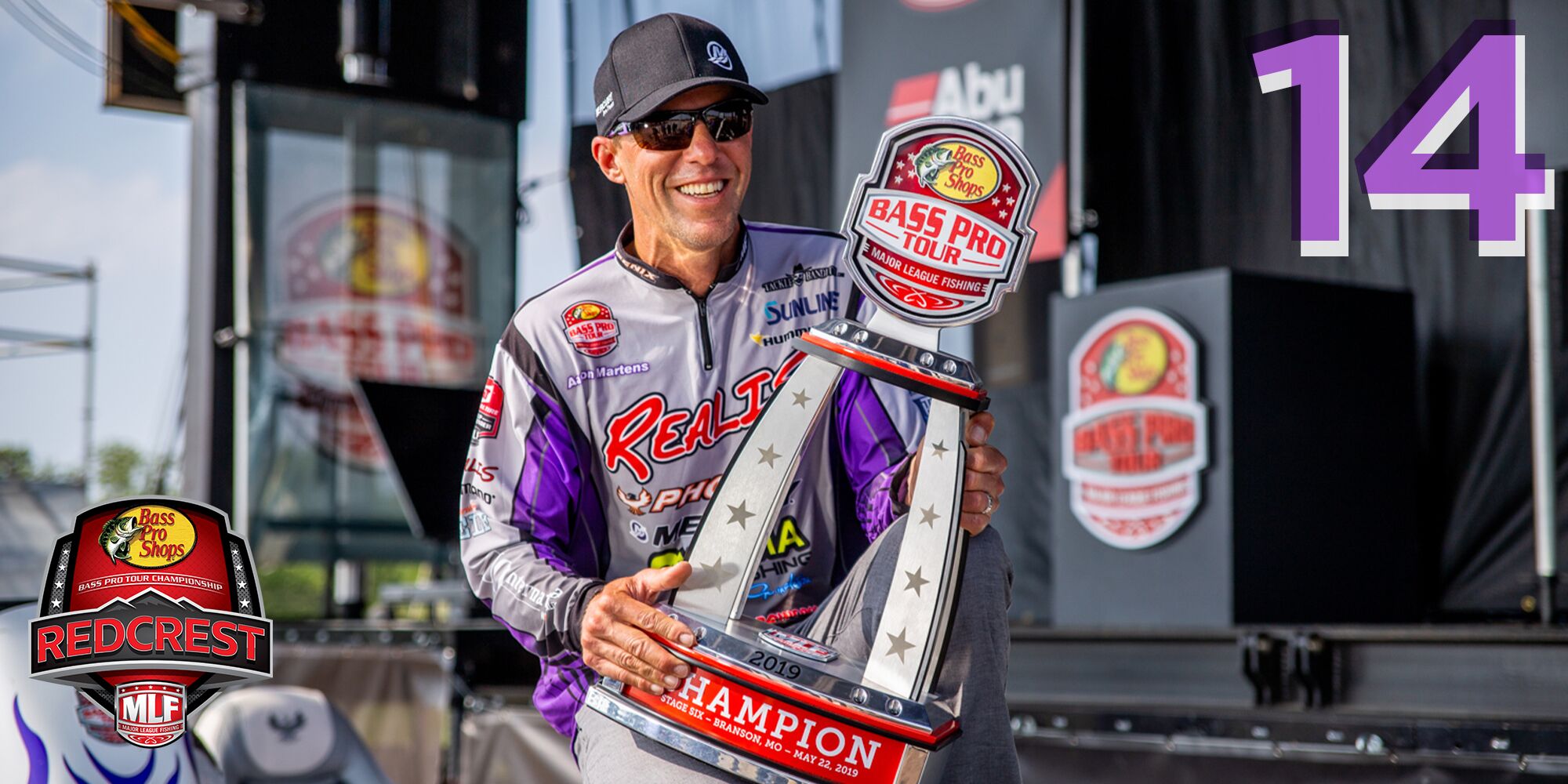 Aaron Martens hopes to come away with a win in La Crosse, Wisconsin after three Top-10 finishes over the last seven years.

MLF pro Aaron Martens now has 11 wins in his career thanks to a Bass Pro Tour Stage Six championship on Table Rock Lake back in May. The always-positive Martens had a solid 2019 season even without his win, making four other Knockout Rounds on the eight-event schedule.

Still, since he’s won multiple tournaments and taken home three Angler of the Year awards over his career, Martens admits that he holds himself to a high standard.

“I always say if you can win one tournament a year, you’ve had a great season,” Martens explained. “If I didn’t win Stage Six, I definitely feel like my season would have been so-so to my standards.”

Close, But No Cigar

That win helped carry the Alabama pro to a 14th-place finish in the Race for the Points Championship and a berth in the inaugural REDCREST. Martens will join the 29 other pros competing as they head to La Crosse, Wisconsin on August 21 for five days of competition on the Upper Mississippi River, a place that Martens is all too familiar with.

The Mercury pro has had three top-10 finishes in La Crosse in the past seven years while fishing in the Bassmaster Elite Series: Fifth place in 2012, second place in 2013, and eighth place in 2018. And all have one thing in common when Martens reminisces on those close calls.

“In all three of those tournaments I led going into the last day and then I was unable to win it,” Martens said. “I have a ‘last day curse’ going on up there I guess, and I really need to change that.”

Martens says he simply just ran out of fish on the final day of each of those tournaments while fishing along the banks. The California native says this time around, he’ll pay close attention to where the fish are headed, not just where they’re located day to day.

“A miscalculation up there can really cost you,” Martens warned. “If the fish are later or earlier in their transition to the banks than you think they are, it could really hurt you. I think I need to look at the grass fishing again, because that’s what haunted me in the past. It was good fishing, I just couldn’t find them on the last day.”

Martens in his Prime

With plenty of experience on the fishery, Martens believes this time will be different thanks to everything he’s learned as an angler over the past seven years.

“I feel like I am in my prime right now,” Martens admitted. “I spend so much time on the water and I’m a workaholic when it comes to fishing. I feel like I’ve learned so much, and now is the time for me to really capitalize on everything I’ve learned about La Crosse over my career.”