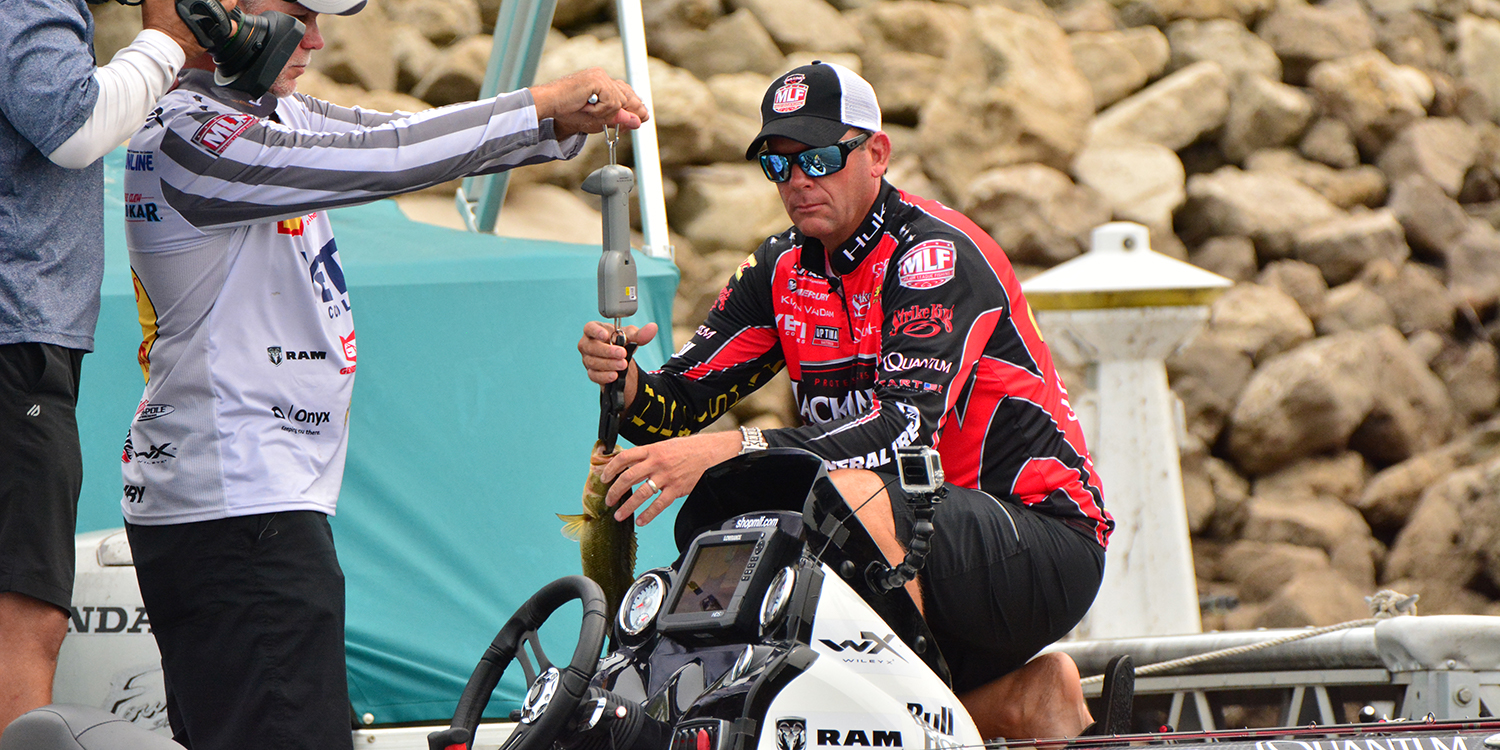 Kevin VanDam was able to win the 2016 Summit Cup on the Upper Mississippi River thanks to three key baits.

LA CROSSE, Wi. – All 30 anglers competing in the 2019 REDCREST have fished the Upper Mississippi River at least once in their careers. However, only one angler on the Bass Pro Tour—one that will not be competing come August 21—can claim a victory out of La Crosse, Wisconsin under the MLF format: Kevin VanDam.

VanDam won the 2016 Summit Cup in La Crosse thanks to a dominating performance over the rest of the field. The Michigan native was able to hoist the trophy thanks to three key baits that he thinks could also have a major impact on the outcome of the inaugural REDCREST.

The Strike King pro has fished the Upper Mississippi River countless times throughout his career, but when he recalled what won him that 2016 Summit Cup, he knew exactly what bait first came to mind.

“A KVD 1.5 Squarebill is what I caught most of my fish on during my first day,” VanDam said. “I found a school of fish on a point and thanks to a run I had with that I moved from last place to first towards the end of the day. If the guys can find some schooling fish, a squarebill is a great bait to use.”

VanDam suggests that the 30 pros fishing should consider throwing a squarebill on the main part of the Mississippi River due to the falling water levels this time of year.

“The water level should be pretty low for REDCREST and that’s how it was back in 2016 when I won,” VanDam explained. “That’s going to cause those fish to group up more and make it that much easier for those guys to catch.”

Another bait VanDam was able to turn to during his win: a swim jig. The Bass Pro Shops pro says that when fishing heavier cover, a swim jig can be a major player.

“Since the water will be fairly shallow and there is a lot of vegetation, a swim jig is a great bait to use,” VanDam detailed. “I was basically throwing mine like a spinnerbait but it will go through anything since it’s weedless. Whether it’s milfoil or duckweed, a swim jig won’t get stuck in that stuff.”

VanDam knows that at this time of the year, the bass are fairly active and will go after the action of a swim jig.

“These fish are aggressive biters,” VanDam said. “You get a swim jig around them in open water or all that cover, they will go after it.”

Finally, VanDam says nothing can beat a frog when you’re working around the vegetation on the Upper Mississippi River. Pair the aggressive nature of these northern bass with the fact that they haven’t been under much distress, that combination makes for a great day of fishing in VanDam’s mind.

“At this point in the year, these fish really haven’t been pressured,” VanDam said. “They’ve been up in the woods when the water level has been up, and they’re eating frogs. It really couldn’t set up much better for the 30 guys (to throw a frog).”

“The guys fishing will most likely be looking at brush piles, laydowns, bushes, lily pads, and coon tail,” VanDam listed. “Those are all great places to use a frog in La Crosse, and I think we will see a good amount of fish caught on that bait.”