REDCREST 2019: Mark Daniels, Jr. “Showed Up” to Stage Eight, Moved on to REDCREST 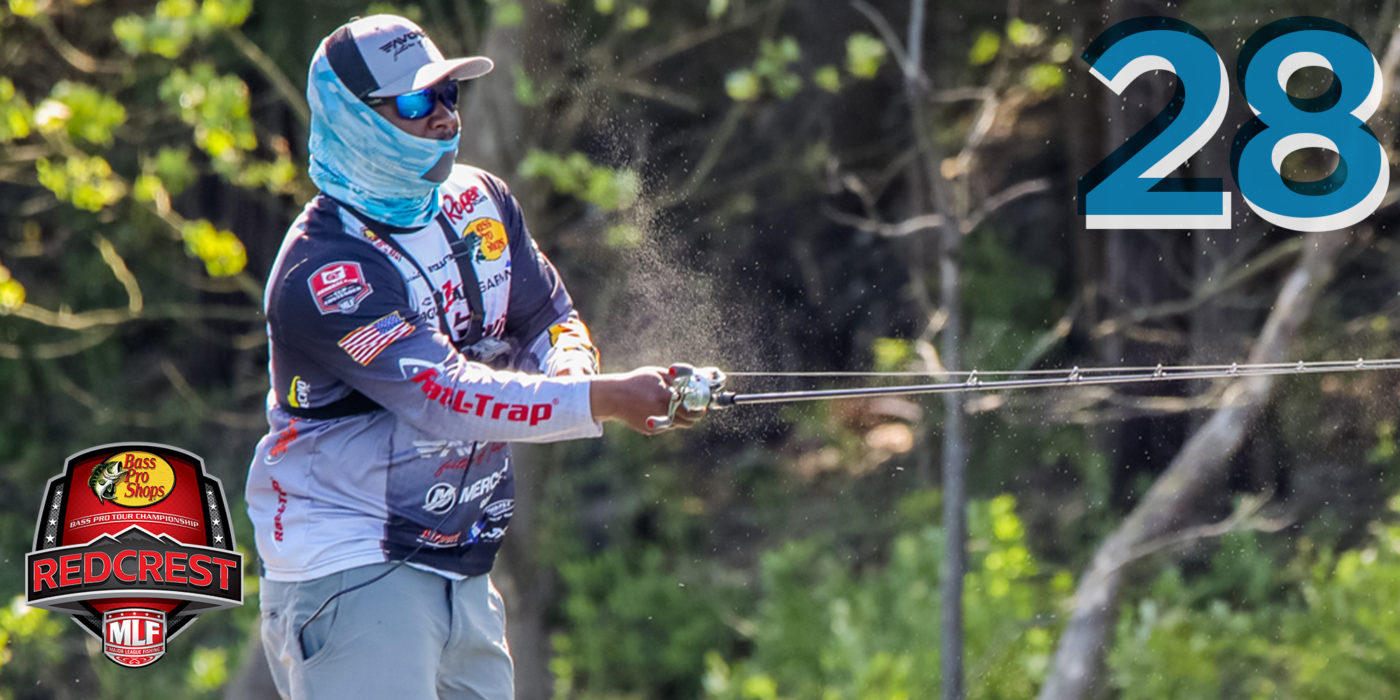 Mark Daniels Jr., knew he had some work to do at Bass Pro Tour Stage Eight to qualify for REDCREST. Photo by Josh Gassmann

While there was only one champion of the Evinrude Stage Eight Presented by Tracker Off Road, several of the MLF pros walked away from that event with a different “W”: a REDCREST qualification. Mark Daniels, Jr. is one of them.

Going into the final Stage of the regular Bass Pro Tour season, Daniels was sitting in 36th place in the Race for the Points Championship. He faced an uphill battle because only the Top 30 MLF pros qualify for REDCREST.

“It was one of those deals where I had to show up,” Daniels explained.

To add to his stress, Daniels explained that he wasted one of his two practice days by showing up to the wrong lakes: Lake Poygan and Lake Winneconne. Those lakes were named as possible backups in case high winds made Winnebago dangerous, and league officials needed to move the competition.

In the absence of a lake switch up, Daniels says he found a good group of bass on Winnebago that helped him move on to the Knockout Round on Lake Butte des Morts.

“I had never seen Butte des Morts,” Daniels admitted. “But fortunately, that lake set up similar to Winneconne, in regards to the river system. And so what I did was I put all my eggs in one basket.”

Pushing to the Limits

During the Knockout Round, Daniels traveled far up the Wolf River to an area that was nearly untouched by his competitors.

“I lost my trolling motor, just due to fishing in that current all day long,” he explained. “I ended up killing it.”

In spite of the mechanical difficulties, he finished the round in 12th, less than 2 pounds shy of the Elimination Line. Daniels didn’t catch enough to make it to the Championship Round, but it was more than enough to make the Bass Pro Tour championship.

“I just knew I needed to fish hard and fish good,” Daniels explained, “At this point in my career, I’ve fished enough tournaments to where I try not to let the stress part get to me, and try to focus on the task at hand; getting that done. And that’s exactly what we did.”

Now he’s ready to go back to Wisconsin as one of 30 anglers who qualified for the first-ever REDCREST. Daniels knows that is an accomplishment in and of itself.

“You go down that roster, and there are several guys that I remember when I was sitting at home, going to work, punching a clock every day, watching on the weekends, dreaming ‘I could be those guys’,” Daniels said. “And now to be one of those guys, and compete alongside them, it’s a dream come true for me. Literally.”

Daniels will also tell you that this year’s REDCREST is on one of the best fisheries in our country.

“I’ve only ever been there once, but in my short experience, it’s just a very diverse fishery.” Daniels said, “Very diverse. Lots of different ways you can catch ‘em, from the shallowest of shallow… to the main river where you’re completely switching things up.”

MDJ believes the upper Mississippi River System plays into the hands of a lot of different anglers, regardless of their fishing style.

“Those weights are going to stack up quick. You best be catching ‘em,” he warned.