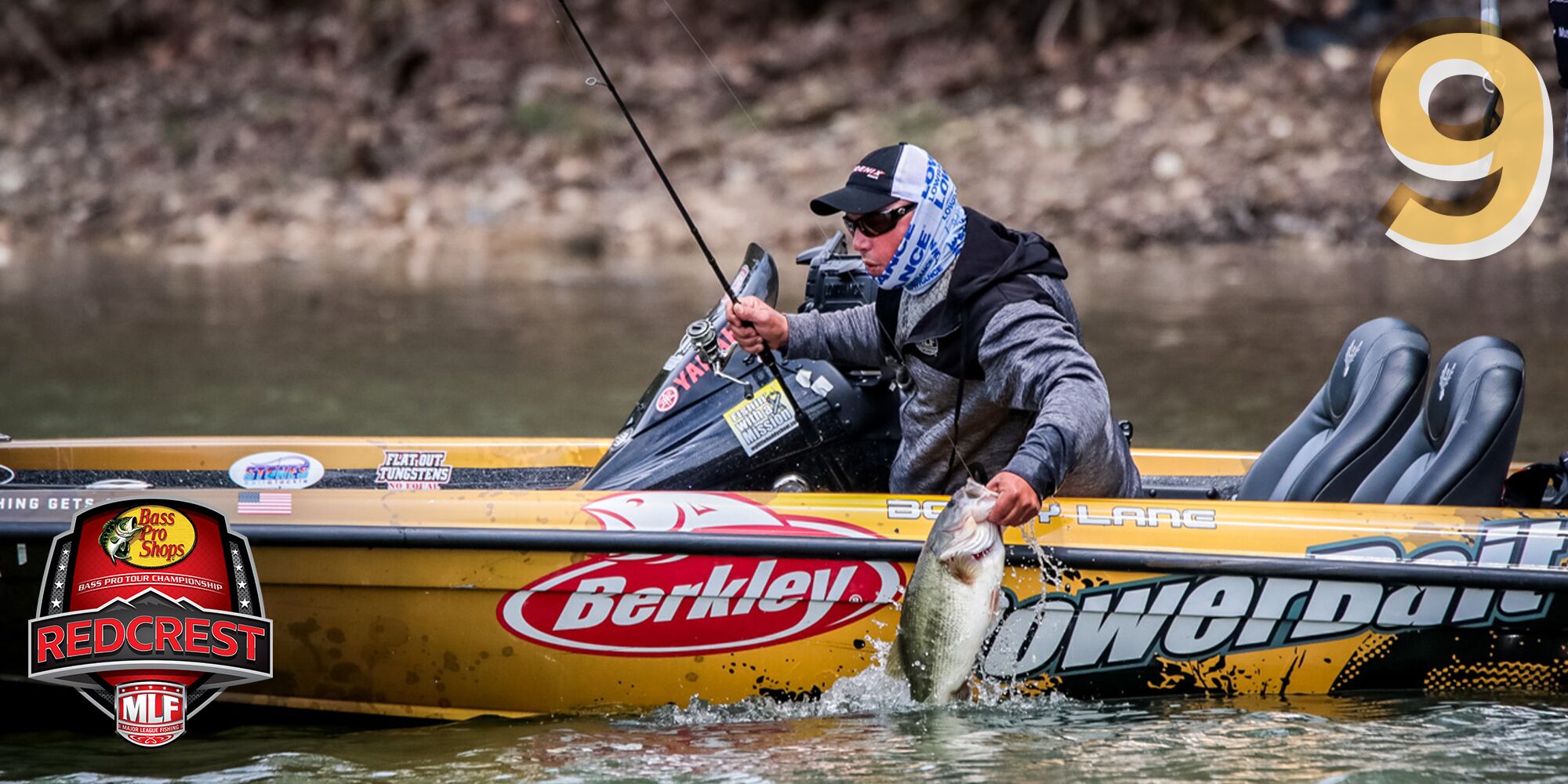 Bobby Lane finished in ninth place during the Race for the Points Championship. Photo by Josh Gassmann

Unless he has a side bet going on with his brother Chris, you won’t hear Bobby Lane talk any smack when he’s on the water. The 2017 General Tire World Champion has had his fair share of success as a professional angler, but he makes sure to never let any of it go to his head.

“My dad called me ‘Bobby Humble’ when I was younger and I want to make sure that’s how I’m always remembered,” Lane said. “I don’t take anything for granted in my career. I’ve learned some valuable lessons in my life through butt-kickings at a weigh-in or missing one fish here and there.”

The Berkley pro has been a fixture in Major League Fishing for eight years, and came into the first year of the Bass Pro Tour as one of the most experienced anglers in the format. That experience helped the Florida native earn a ninth-place finish in the Race for the Points Championship and a spot in the 2019 REDCREST. After being a part of multiple flirtations with the Elimination Line and two Top-10 finishes this season, it’s safe to say that it’s tough to take Lane by surprise.

“I think I come really mentally prepared no matter where we go,” Lane explained. “There’s not one bait that dominates my arsenal or one technique I think I’m best at. Being mentally prepared for any condition or any body of water you’re faced with is so important. Having been fishing MLF for so long, I think I’ve learned how to become an all-around angler.”

Lane feels comfortable in the diverse format now, but that’s not to say he didn’t have some growing pains throughout his career. The Lowrance pro may think of himself as an all-around angler now, but that wasn’t always the case in his early days in the “every scoreable bass counts” format.

“Back when I first started in MLF, I would only fish a certain area on a body of water for a little bit with one or two techniques,” Lane reminisced. “I’ve learned over the years that just because the fish aren’t biting one bait or one technique, that doesn’t mean that they aren’t biting at all. I just have to stay mentally sharp and adjust to what the fish are telling me.”

Bobby Back in La Crosse

Lane will have to be at his best if he wants to take down the other 29 anglers competing in REDCREST beginning on August 21. The Yamaha pro has fished the Upper Mississippi River three or four times by his count and has managed a seventh, 13th and 21st-place finish while fishing on the Bassmaster Elite Series. That qualifies as “decent” success in Lane’s eyes, but he’s ready to take on America’s Dairyland one more time to hopefully come away with the ultimate prize of the Bass Pro Tour season.

“I feel really good about La Crosse,” Lane revealed. “I love it because there are so many different ways to fish. There’s current, late stage in the grass growth, and the fall starting to creep in. When I can just run around and find something that looks good to me, I feel really comfortable with that. I love my odds.”