REDCREST 2019: Skeet Reese Breaks Down Where to Find the Fish 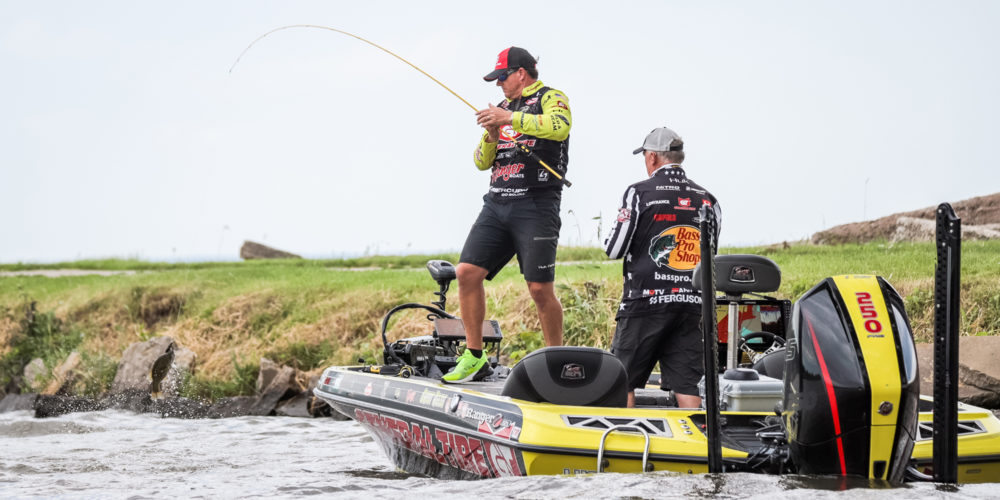 Skeet Reese says there are plenty of places to find the fish in La Crosse, Wisconsin for the 2019 REDCREST. Photo by Joe Branch
August 12, 2019 • Mason Prince • Bass Pro Tour

Mercury pro Skeet Reese will not be competing in the 2019 REDCREST in La Crosse, Wisconsin next week, but that doesn’t mean he won’t be closely watching the Top 30 anglers from this season on the Bass Pro Tour compete for the league championship. The California veteran has fished the Upper Mississippi River “a bunch of times” throughout his career, and it’s one of his favorites.

“This place is one of my top five fisheries in the entire country,” Reese said. “The place is stacked with fish and the average fish is about 2 pounds. There’s plenty of 4-pounders to catch as well, and somebody is going to catch a bunch of them.”

While the Upper Mississippi is full of fish, anglers who manage to catch a good mix of both smallmouth and largemouth will be the competitors to watch, according to Reese.

“The great thing about La Crosse is when you find a good spot, you can catch both largemouth and smallmouth,” Reese explained. “I feel like whoever wins is going to need a couple of bigger largemouths to come out on top.”

Reese expects the REDCREST field to find schooling smallmouth fairly easily. Once they’re able to locate schools, Reese says that it wouldn’t surprise him see anglers pull 15 to 20 scoreable bass off of one spot.

Where to Look for Both

Reese paints a picture of the Upper Mississippi as an angler’s paradise. Whether it’s vegetation, changing currents, point or sandbars, there’s a little bit of everything in La Crosse. To be successful in America’s Dairyland, Reese explains that the anglers will have to keep their eyes peeled on what is in front of them.

“I think what you fish for is going to depend on what you run up on,” Reese advised. “You can jump from spot to spot all day long in La Crosse and that’s what makes it so great. You can start shallow and catch four to five largemouth, then go to a point offshore and catch a bunch of smallmouth. You’re not going to have to run long distances to find your next spot to fish, which I think guys will take advantage of.”

Thanks to his experience on this portion of the Mississippi, the Berkley pro already has an idea of what most of the pros will be looking for when competition begins on August 21.

REDCREST begins on August 21 and the Bass Pro Tour will crown its first-ever end-of-season champion on August 25.