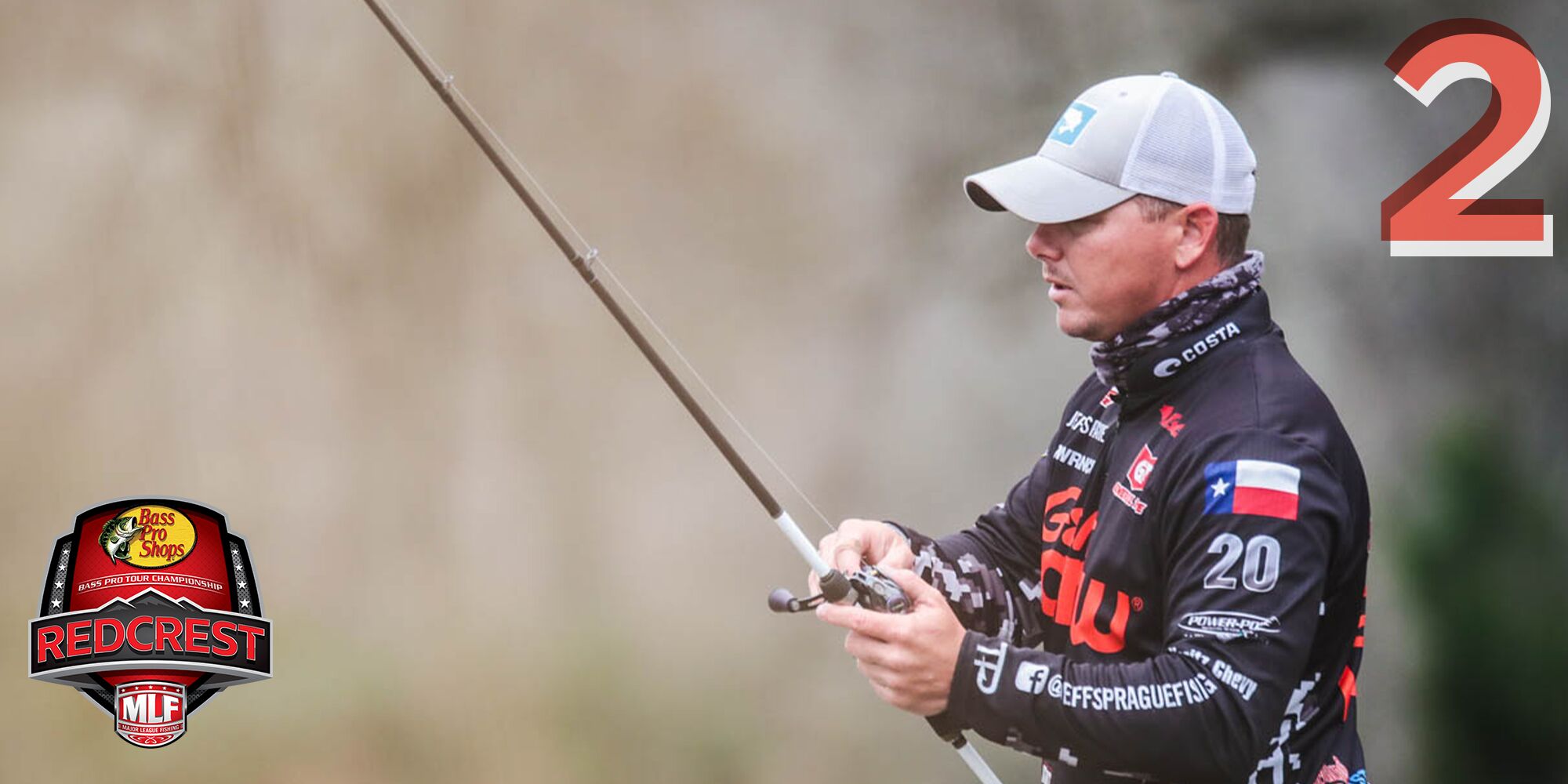 Jeff Sprague has worked hard all season to get to REDCREST, now it's about having fun. Photo by Josh Gassmann

Jeff Sprague rolled through his first Major League Fishing season with a second-place finish in the Race for the Points Championship, three Top-10 finishes and a berth in the 2019 REDCREST Presented by Venmo. The Texas pro was so consistent this season that he almost made it, at times, look easy.

I said you made it look easy, Jeff. The Gene Larew pro missed out on claiming the Points Championship from Edwin Evers by 10 points, but that doesn’t take away from how special his season was. Sprague experienced a little bit of everything this season. From close calls to days of domination, Sprague knows the difference between a great season or a terrible one is minuscule.

“One or two decisions over the course of a single day change the whole outcome of a season,” Sprague explained. “There was a lot of risk-taking involved to be able to have the season that I had. All of the guys on the Bass Pro Tour are so good and the difference between making REDCREST and missing out is so small. I just made the right decisions at the right times this year and that’s why I’m where I’m at now.”

Sprague started the season with seven straight Knockout Round qualifications, the only angler in the field of 80 to do so. Still, even with his scorching start, it never registered with him just how well he was doing until the end.

“I knew it was a good season after Stage Eight,” Sprague said with a chuckle. “My success never resonated with me throughout the season and I never felt any pressure until the end. I was enjoying my time on the Bass Pro Tour and enjoying my life. It wasn’t until we were in Neenah, Wisconsin when I kind of understood just how special this year really was.”

A large part of Sprague’s success has to be the amount of work he puts in even when he’s not fishing on the Bass Pro Tour. Even during the scorching heat of a north Texas sun, Sprague makes time to work on his craft as often as he can.

“I work really hard to stay fundamentally and mechanically sound when I’m not fishing competitively,” Sprague said. “I fish every evening if I can, just for a couple of hours to stay sharp. I’ll get out there and try to catch them a certain way one day and then a different way the next. I feel like because I’m on the water so much, it helps me stay focused on how much fishing can change from day to day.”

A Win to Make a Career

It’s been almost two months since we last saw Sprague fishing competitively, but he’s continued to put in the work and stay focused on the task at hand. Sprague is proud of his season, but that’s all in the past now. What he faces now in La Crosse, Wisconsin is not only a chance for a win, but a chance to make history.

“We all worked hard to get to this point,” Sprague stated. “This isn’t an event where you are satisfied with anything other than winning. Winning an event like REDCREST can change a fisherman’s career and his life. Still, I don’t really feel any pressure because all the hard work is over. It was hard just qualifying for REDCREST, everything else is just icing on the cake. I can’t wait.”