REDCREST 2019: Zack Birge Ready for ‘Biggest and Baddest’ Event of the Season 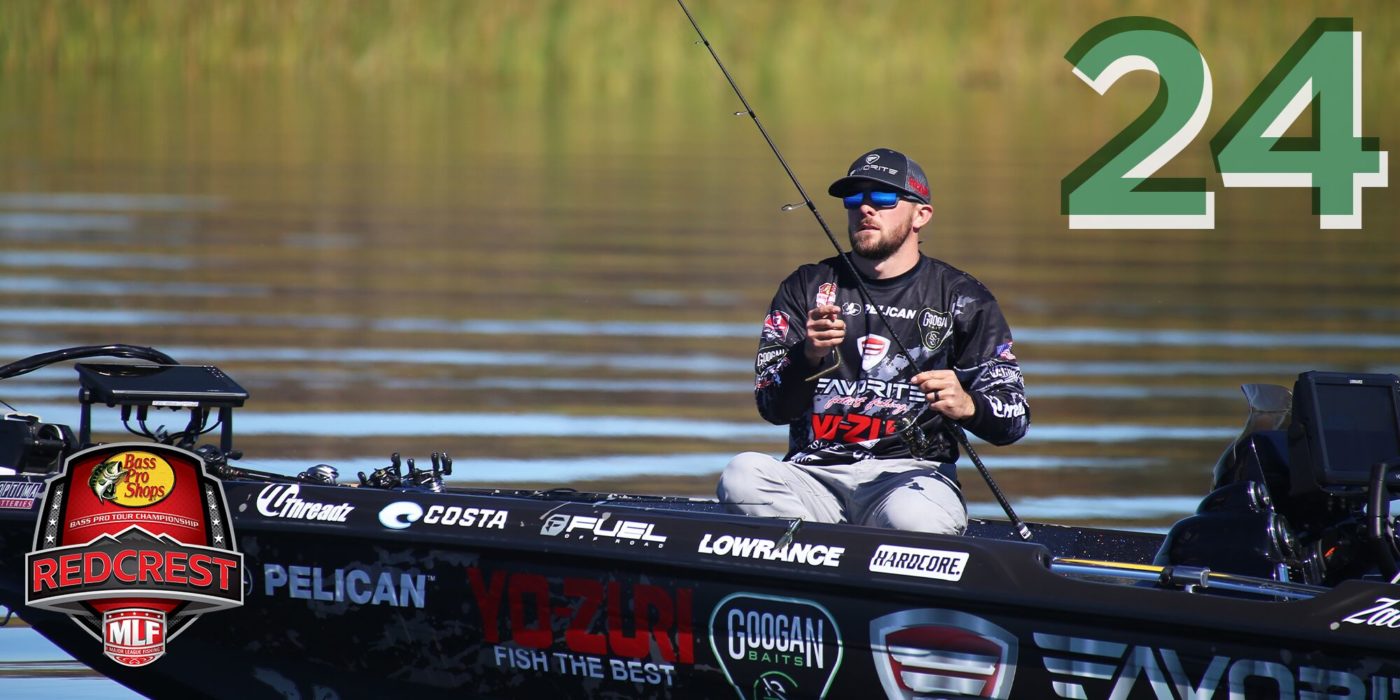 Zack Birge finished his season in 24th place in the Race for the Points Championship. Photo by Phoenix Moore

It’s been a dream season for MLF pro Zack Birge, but sometimes his dreams can deceive him.

“I had a dream a couple of nights ago that I didn’t make it to REDCREST and it woke me up because I was so disappointed,” Birge recalled. “It kind of freaked me out a little bit. I had to think about it and make sure that I was still in it. I’m just glad I made it, honestly.”

No need for waking up in a cold sweat, Mr. Birge. The Oklahoma pro qualified for six out of eight Knockout Rounds and the Patriot Cup. He finished his season in 24th place in points and earned a spot in REDCREST. Still, that doesn’t mean that this season was without stress.

The Yo-Zuri pro had a little bit of a health scare as he was preparing to head to Neenah, Wisconsin for Stage Eight. Birge noticed some shortness of breath in the days leading up to the final event of the season, but powered through and fished on Lake Winnebago. Even as he was fishing his way to a 20th-place finish and locking up a spot in REDCREST, Birge could tell something was off.

“It felt like my heart skipped a beat and it kind of knocked the breath out of me,” Birge explained. “That happened a couple of times while I was fishing so I went to the doctor when I got home.”

Birge’s doctor told him that he was experiencing an irregular heartbeat, something that took Birge by surprise. The Favorite Fishing pro spends plenty of time in the gym and is very active, so to see something was wrong with his heart left him a tad perplexed.

“The doctor ran some tests and told me it was probably stress-induced,” Birge detailed. “That makes sense because I was pretty stressed with trying to make REDCREST, cut a check and trying to win the event. Luckily, everything is all good now and I’m feeling good heading into REDCREST.”

Throughout the season, Birge remained consistently in contention for Knockout Rounds, but no stretch of his season was as important as Stages Four, Five and Six. He rattled off a 13th-place finish in Tennessee, a 14th-place finish in Alabama, and a ninth-place finish in Missouri. Those three events were key in Birge earning enough points for the end of the season.

An admitted power fisherman, Birge said that those three events had one major thing in common that helped him succeed.

“The fish were up near the banks in those events,” Birge said. “They were biting and I was really able to catch them. When fish are up shallow and aggressive like that, I feel like that’s when I’m at my best. I had the opportunity to do the same thing in Stage One, but I was still getting used to the Bass Pro Tour format and how you manage fish for the Knockout Round. That’s something I learned to adjust in my game over the course of the season.”

As he prepares to compete for a REDCREST trophy, Birge has one simple mantra.

“You only get one shot to win the first REDCREST,” Birge said. “All year long there were tons of firsts that guys accomplished and goals they reached. I’d like nothing more than to be the first one to win REDCREST and have my name on that trophy. It’s the biggest and baddest tournament of the year, and this is what we fish all season for.”