REDCREST Hopes Dependent on Elimination Round Success for Multiple Pros 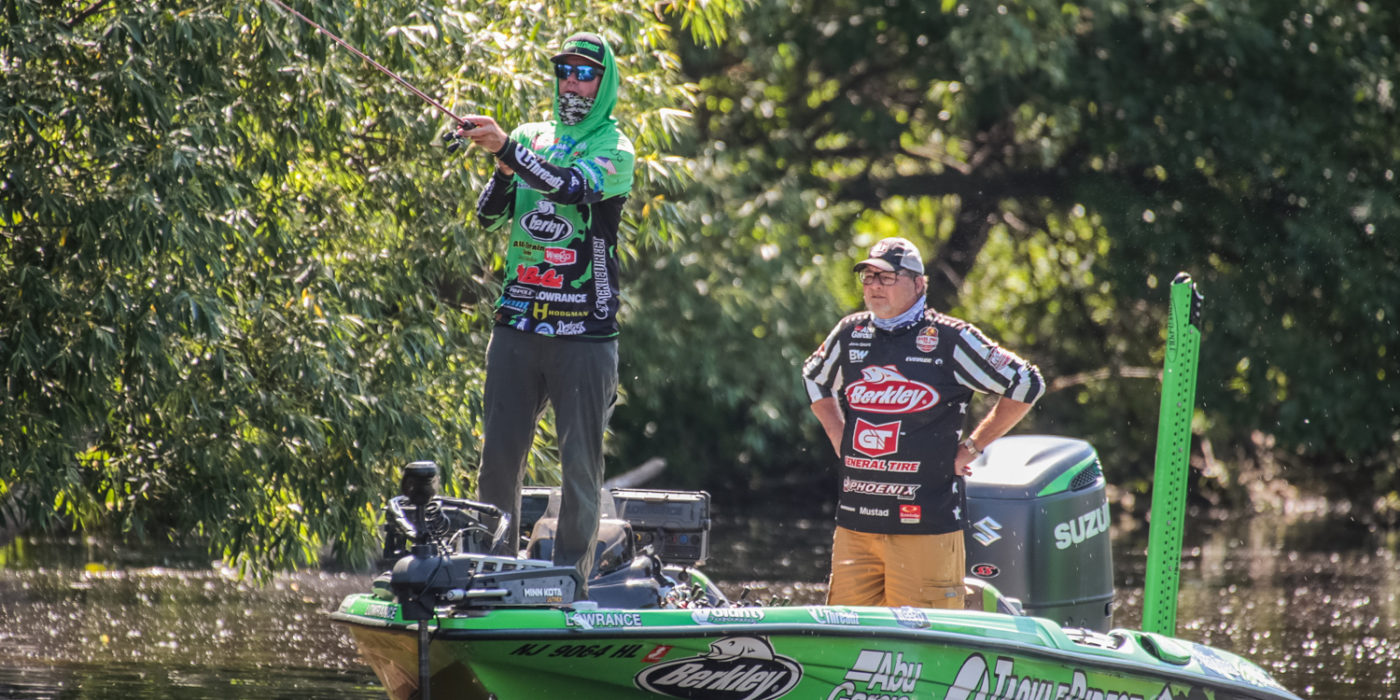 Adrian Avena needs a 34th-place finish to qualify for the REDCREST Championship. Photo by Phoenix Moore

NEENAH, Wis. – In Major League Fishing, every bass, every pound, every ounce – and this week, every point – matters. Coming into the Evinrude Stage Eight Presented by Tracker Off Road, 25 pros needed to have good showings in Neenah, Wisconsin if they wanted to punch their ticket to the REDCREST Championship. From 19th-place Bradley Roy all the way down to 43rd-place Fletcher Shryock, 12 more spots remained up for grabs.

So You’re Saying There’s a Chance?

Fishing in Group B today were 11 of those 25 pros with a chance at REDCREST glory. Below are those 11 anglers and where they would need to finish to secure enough point to move into the Top 30.

Zack Birge is in 27th place in the standings with 324 points. His Shotgun Round 2 went fairly well as he finished in 10th place and inside the Top 20 heading into Friday’s Elimination Round 2. Birge has made the Knockout Round in five out of seven stages on the Bass Pro Tour this season, and he knows just how important one more Top 40 could be.

“I’m happy with how my day ended, but I would have liked to do a little better earlier in the day,” Birge said. “I missed a lot of opportunities and had a lot of things not go my way today. I’m trying to just go out there and fish and not think too much about it, but it has definitely crossed my mind. I’m just trying to make the Knockout Round right now, and if I can do that I’ll feel good.”

Cody Meyer came into Stage Eight as the man on the bubble. The final spot in the Top 30 is currently owned by the California pro, but he knows better than anyone that it will probably change. The Daiwa pro didn’t even consider the REDCREST a possibility until a magical evening in Stage Seven.

“I kind of took myself out of the running for the REDCREST so long ago,” Meyer said of his slow start to the season, in which he missed the first three Knockout Rounds. “Even at Stage Seven, I didn’t feel like I was even in contention until I caught 26 bass in an hour and that’s when I thought, ‘If it’s meant to be, it will be’ because of stuff like that. I really want to make it now, but you can’t think about it too much because it can just consume you and eat you alive.”

Meyer has to make it into the Knockout Round if he wants a shot at REDCREST qualification, and he’s well on his way in doing so. Meyer finished in fifth place in Wednesday’s Shotgun Round with 23 bass for 39-8. Although competition will move to another fishery once the Top 40 pros get into the Knockout Round, that’s the last thing on Meyer’s mind as he heads into the Elimination Round.

“I’m not even thinking about the Knockout Round because I spent both of my practice days on Lake Winnebago,” Meyer said with a chuckle. “I don’t care what other lakes we’re going to for the Knockout and Championship Rounds, and I won’t care until I get there. I’m just focused on making the Top 20 in my group and moving on to the next round because that’s what I need to do.”

Adrian Avena ended his Shotgun Round in 11th place thanks to 20 fish for 31-1, which is just what the doctor ordered for the New Jersey pro. Avena needs at least a 34th-place finish in Stage Eight to earn enough points to qualify for the REDCREST. With not only his Stage Eight hanging in the balance, but his season, Avena knows just how much is riding on a successful outing on Friday.

“The biggest thing is to just treat it like another day of fishing,” Avena said. “I know that’s hard to say when you have that much riding on it, but in the scheme of things I’m going to have to catch them again. I didn’t give myself enough of a cushion today so I’m going to have to tie a few good baits on and try to treat it like another day out there.”