REDCREST Qualification: Who's In, Still Alive, and Out after Elimination Round 2 - Major League Fishing
Shop

REDCREST Qualification: Who’s In, Still Alive, and Out after Elimination Round 2 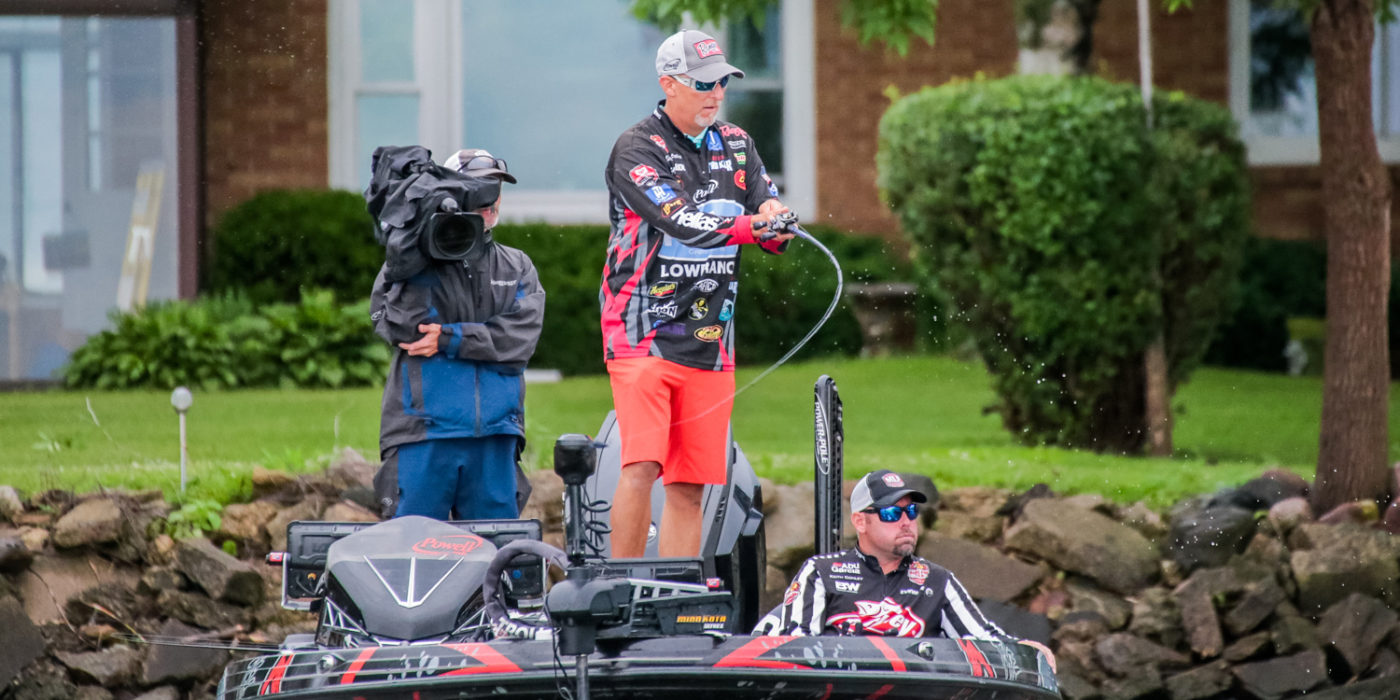 Wesley Strader locked himself into a berth in the REDCREST Championship thanks to his finish in Elimination Round 2. Photo by Phoenix Moore

NEENAH, Wis. – Twelve pros came into Elimination Round 2 of the Evinrude Stage Eight Presented by Tracker Off Road with their REDCREST qualification hopes still alive and well. After a 45-minute lightning delay and seven-and-a-half hours of fishing, 11 of them are moving on to the Knockout Round with their postseason hopes still alive.

Three anglers—Wesley Strader, Fred Roumbanis, and Zack Birge—punched their tickets to La Crosse, Wisconsin for the REDCREST Championship in August thanks to their Top-20 finishes in Group B. Strader had one of the easiest paths to the postseason, only needing to finish 71st or better thanks to his 21st-place standing in points. The Tennessee pro collected a two-day weight total of 62-11, good enough for an 11th-place finish. Now that he’s a lock for the REDCREST, Strader can now take a giant exhale.

“My goal coming in was to qualify for the REDCREST so that’s a big load off my back,” Strader said with relief. “Coming into this event I knew so much was on the line in terms of qualification, so I spent all my time practicing on Lake Winnebago. I don’t even know where we’re going tomorrow but I know I haven’t fished (Lake Butte des Morte). I’m just going to go out there and fish and do my best.”

Fred Roumbanis also cruised to a comfortable finish on Winnebago, catching 45-1 (the most weight of the day) in the Elimination Round and securing an eighth-place position. The Arkansas pro only needed to finish in 62nd place to earn enough points for a REDCREST berth, and he passed that goal with flying colors. The Mercury pro will be returning to western Wisconsin, the same place he won his first professional event back in 2005 on the FLW circuit.

“There’s no one in the world happier than I am right now,” Roumbanis said while grinning ear-to-ear. “It’s all come full circle. If I didn’t win that tournament at La Crosse in 2005 I wouldn’t be fishing MLF today. I was dead broke, negative money in my account and fished the tournament anyway and won. Now to say that I’m going back and fishing for a championship after this crazy year fishing the first year on the Bass Pro Tour, it’s making history.”

Luke Clausen, Takahiro Omori, Cody Meyer, Jason Christie, Randy Howell, Randall Tharp, Fletcher Shryock, and Justin Lucas: All of those pros still have a heartbeat—granted an elevated heartbeat—in the race for REDCREST qualification. All of the pros besides Clausen needed a Knockout Round appearance to keep those hopes alive, and all rose to the occasion.

Howell made the Knockout Round by the skin of his teeth thanks to a 19th-place finish and a 1-12 weight differential over 21st-place Tommy Biffle. Coming into Stage Eight, the Daiwa pro had to finish higher than 25th to keep on fighting for qualification, and luckily he’s still kicking.

“I feel so blessed that I have one step towards qualification down,” Howell said. “I didn’t even practice at Lake Butte des Morts because I didn’t feel comfortable with my practice on Lake Winnebago. I’ll head over there fresh and clean tomorrow, hopefully get something going to try and keep this train rolling.”

Justin Lucas is about as long of a shot to make the REDCREST as you can get. He entered Stage Eight in 44th place, needing more than just a Top-10 finish to even have a chance at qualifying. Well, he’s not done yet. The Alabama pro squeaked in the Top 20 of Group B with just eight minutes remaining in the round thanks to 1-14 smallmouth to push him past Tommy Biffle. Lucas was able to move on by targeting smallies as opposed to the popular largemouths.

“I just stayed positive all day,” Lucas revealed. “I felt like no one was really fishing for smallmouth besides me today so that’s what I focused on and it worked out. I practiced one day on Winnebago and one day at Butte des Morts so I feel pretty good heading into tomorrow. I know what I need to do to make the REDCREST so I’m going to go out and try to do it.”

Avena Almost Had It

The one pro in Group B that needed to make the Knockout Round that was unable to do so was Adrian Avena. The New Jersey pro finished 24th in the round, just 1-12 outside of the Top 20 in the Elimination Round. Avena needed at least a 34th-place finish in Stage Eight to stay in contention for REDCREST qualification. However, thanks to his fifth-place finish in Stage Seven, Avena will likely earn enough points to qualify for the Summit Cup.

The Evinrude Stage Eight Presented by Tracker Off Road continues on Saturday from Lake Butte des Morts. The coverage begins with lines in at 7 a.m. CT on MajorLeagueFishing.com and the MLF NOW! live stream will start at 9:30 a.m. CT. Only the Top 10 pros out of the 40 competitors will move on to Sunday’s Championship Round.