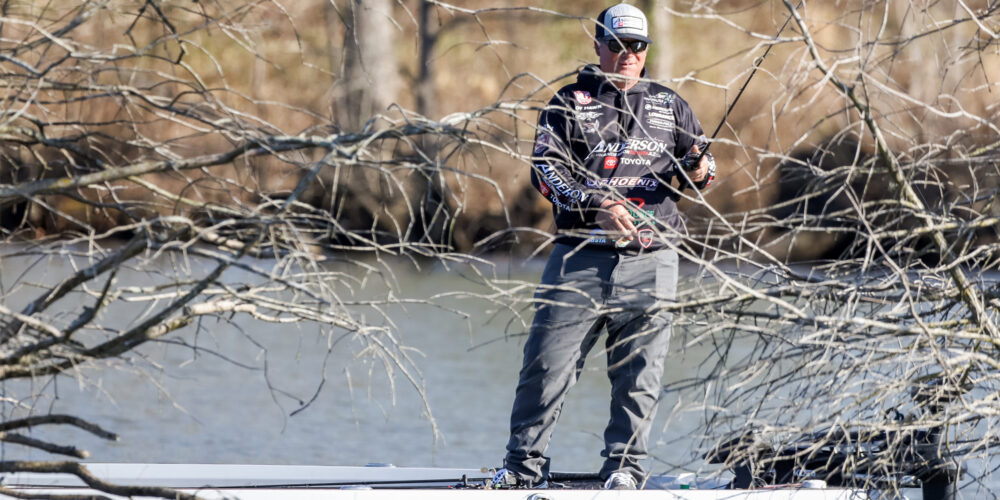 It’s no secret, but I’ve not been very good on the Bass Pro Tour. I’ll go as far as to say that I’ve kinda sucked for the better part of three years, but I’ve had a blast at the same time. That’s why getting past the Qualifying Round in the first two Bass Pro Tour events of the season was a relief to me.

Being able to make a cut in the first two tournaments of the year is a huge deal and it means a lot to me. I was super excited to get the season started on a good note and hope to take this momentum and make it a great year.

A Confidence and Financial Boost

During the offseason, I was able to win the WON Bass U.S. Open on Lake Mead for the second time. It was extremely tough fishing, and I’m grateful to win the biggest tournament in the West. That win gave me some added confidence; winning against those guys on such a challenging fishery proved that I still have what it takes.

The other big thing about it was the payout, $83,000 and a boat. That was huge for my family and me after some lean years. Traveling across the country and fishing any national trail and only making two cuts in three years is enough to drain any bank account, and the financial bump of winning the US Open was huge. It gave me some money in my pocket and a big confidence boost, and I’m hoping that continues through this whole season.

During the offseason, I worked hard to get the most bites I could in a day. That’s never been my style – I’ve always tried to catch the five biggest fish in a day, even when I’m out fishing for fun. That’s been a big transition for me mentally.

I’m not making any excuses for my performance on the Bass Pro Tour, it’s been awful. I’ve just never fished this way, but I feel like I’m getting better at it. Even though my results haven’t been great, I love being out here and this format is the most intense type of fishing I’ve ever experienced.

The 2022 schedule is very different from years past, but I’m excited about the next few events because I’ve been to several lakes. Coming from Arizona, I don’t make it to practice events before they go off limits because they’re all so far away, and I try to have a life back home. I typically show up and try to break it down quickly, so having a little bit of knowledge of the lakes should help point me in the right direction.

Lake Fork sets up like a western lake since it has a great offshore bite, so I felt good going into Stage Two. It’s not really deep, but that 10 to 15 feet of water away from the bank is my wheelhouse and where I like to fish. I’m happy with my performance there.

We go to Smith Lake next, and I’m right at home there because the water is clearer there than most places we go. After that, we go to Lake of the Ozarks, and I’ve fished there a few times and had some success, including a third-place finish at a Toyota Series event years ago.