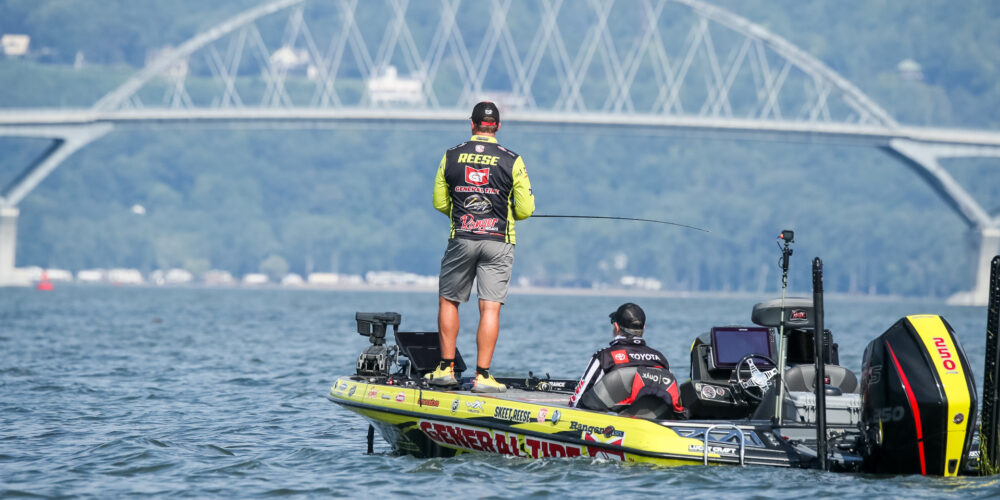 Don’t call it a comeback. Skeet Reese has been a titan in the bass fishing world for years, but by his own admission, the California pro allowed the stress of a new business venture and league to impact his fishing for much of the 2019 and 2020 seasons.

But starting with a fifth-place finish at Heavy Hitters 2020 on the Kissimmee Chain, Reese seemed to start fishing with more joy. He finished strong in 2020, launching him into the 2021 season, which would turn out to be his best in years.

“I’m not sure anyone had a camera in their boat more than me this year,” Reese observed. “I won my first event of the season on the Tackle Warehouse Pro Circuit and had plenty of quality finishes throughout the year there, and on the Bass Pro Tour. Fishing two circuits kept my momentum going from last season.

“I finished 11th overall on the Bass Pro Tour and second behind Michael Neal on the Pro Circuit. I still can’t figure out how the heck Neal beat me for the Pro Circuit Angler of the Year title. I just know that I really enjoyed fishing this year, more than I have in a long time.”

The Fun Was Back

Following the 2020 season, Reese decided to fish more during the offseason than he has for years. That move may be one of the reasons his momentum carried over into 2021.

“I just really started to enjoy fishing again, and that made me want to fish in the offseason,” Reese said. “The fun was back. I can’t worry about the stresses – stress and concerns are always there, whether I’m catching fish or not. I allowed myself to fish free, and change things up if I needed to.”

Reese has made plenty of changes to his game since the start of the Bass Pro Tour, but a greater focus on the process instead of the outcome has been one of his most important adjustments.

“I think learning from therapy to focus on the process and be in the moment has really helped me,” Reese said. “I try not to worry about the outcome. For example, my win to start the Pro Circuit season on Lake Okeechobee: I didn’t think I was on the winning fish. It just happened to work out that way. The conditions presented themselves and I was open-minded enough to go with it.

He’s also embracing the concept of having a short tournament memory.

“Just because you did something that worked in a tournament 20 years ago, doesn’t mean it’s what works now,” Reese said. “I think one of the secrets to my longevity in this sport is a short memory.”

Conquering Fear AND the Competition

Reese has also worked hard at not allowing fear and doubt to dictate his tournament processes.

“It’s very easy as a competitor to let fear take over,” Reese admitted. “You get scared of no bites, no fish, no limit, no check. I’ve been there and done that. It’s a terrible feeling. It can consume and prevent you from making good decisions.

“No single event defines my career. But honestly, I still want to be number one every time. Put my foot on my opposition’s throat and snap them. But, if I don’t win, I’m the first to congratulate whoever wins.”

Reese has accomplished just about everything you can in the sport of tournament bass fishing. He’s won a major championship, he owns an AOY trophy, and he’s won multiple tour-level regular-season events. But, after his “non-comeback-comeback” 2021 season, Reese isn’t satisfied. He still needs to achieve more in the world of professional bass fishing.

“My number one goal is to win a Bass Pro Tour event,” Reese said. “To beat that group of anglers is a real achievement, that group of guys is the stoutest crowd I’ve ever fished against. I need to win one. I also want to win another AOY. In my opinion, it’s still the most prestigious title: it’s the Player of the Year, the MVP,  whatever you call it in whatever sport. It’s the top spot for that season. I want to be on top.”