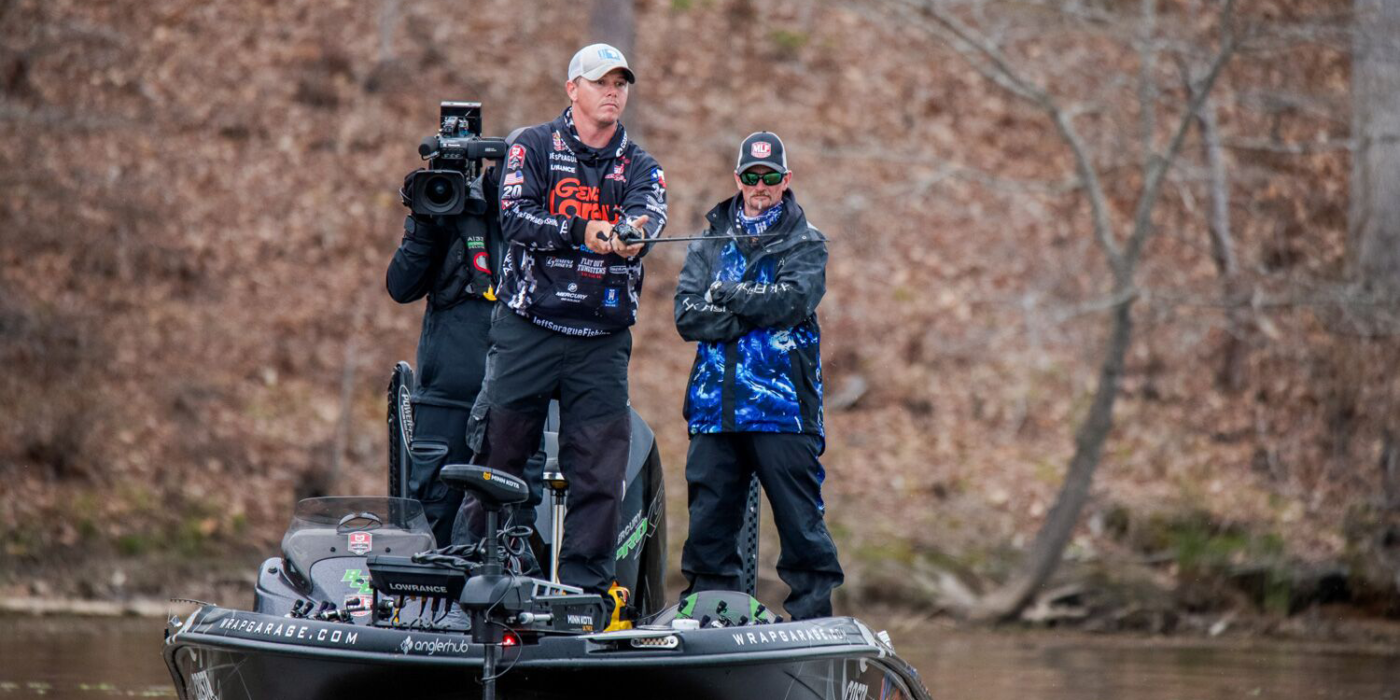 Jeff Sprague finished the season in second place in the Race for the Points Championship behind Edwin Evers. Photo by Joe Branch

Sprague admitted that the loss stung for a day or two, but once the Mercury pro was able to put it behind him and look at his amazingly successful season as a whole, he began to realize just how special 2019 was.

Sprague was the last angler to receive an invite to join the Bass Pro Tour, but he quickly showed that he belonged among the group of the 80 best bass anglers in the world. Three straight Top 10s to begin the season and the Texas pro didn’t miss a Knockout Round until the final Stage of the season. Sprague’s hot start came as a surprise, but not his ability to stay consistent all year long.

“To start the season, I really just wanted to find my niche,” Sprague explained. “As the season progressed, I was able to continue to be consistent and catch fish. It was humbling and fulfilling at the same time. I work very hard in my offseason to get better at fishing. I work to try and make myself a better fisherman. To be able to go out and compete against the talented anglers that we have in this league and to do well against them, it’s very humbling.”

When the season kicked off in Kissimmee, Florida in late January, Sprague was one of the many anglers getting their first taste of the MLF format. After his first two rounds on the Bass Pro Tour, the Gene Larew pro had a moment on the water that he says he won’t forget.

“I remember the first time that my MLF official told me that I made it through to the Knockout Round in Stage One,” Sprague reminisced. “I was on an absolute adrenaline high. That was the best news to me that had ever been given to me. I will remember it for the rest of my life. It was really special to me.”

Seven Stages and five months after that moment, Sprague found himself on the brink of doing something many anglers only ever dream about: winning a Points Championship. Sprague entered Stage Eight three points behind Evers. After Evers fell short of qualifying for the Knockout Round, if Sprague could have qualified for the Knockout Round himself, it would have been his race to win.

Although he was unable to come away with the championship, Sprague not only appreciates the opportunity to compete for a title, but to compete for it with one of the best anglers in the world.

“Edwin is where he’s at in his career because he’s a great angler,” Sprague complimented. “He’s very accomplished and he’s one of the best there will ever be in our sport. I tried to approach each event with a ‘one day at a time’ mentality when trying to catch up to him. It’s intimidating going up against him, I would be lying if I said it wasn’t. The more people recognize you, root for you and tell you how big of a deal the race against Edwin was, it makes it that much more intimidating. At the end of the day, it was really fun and it was the most competitive thing I have ever been a part of.”

Sprague now turns his attention to REDCREST, which begins in La Crosse, Wisconsin on August 21. Sprague will compete against Evers and the other 28 qualifiers for another shot at a title. He has fished for more than 195 hours this season and has learned a lot during his first year of MLF competition. As he takes time to rest up before heading back to Wisconsin, Sprague will remember one of the biggest lessons MLF taught him this year.

“I learned to never get down on myself,” Sprague said. “I learned to have faith in what you’re doing and keep a positive outlook. I found myself in the latter part of the season getting down on myself and putting too much pressure on myself. I tried to force some of my decisions in the last couple of events and I should have just trusted myself and my instincts. I’ll take that lesson with me into REDCREST this August and next season.”