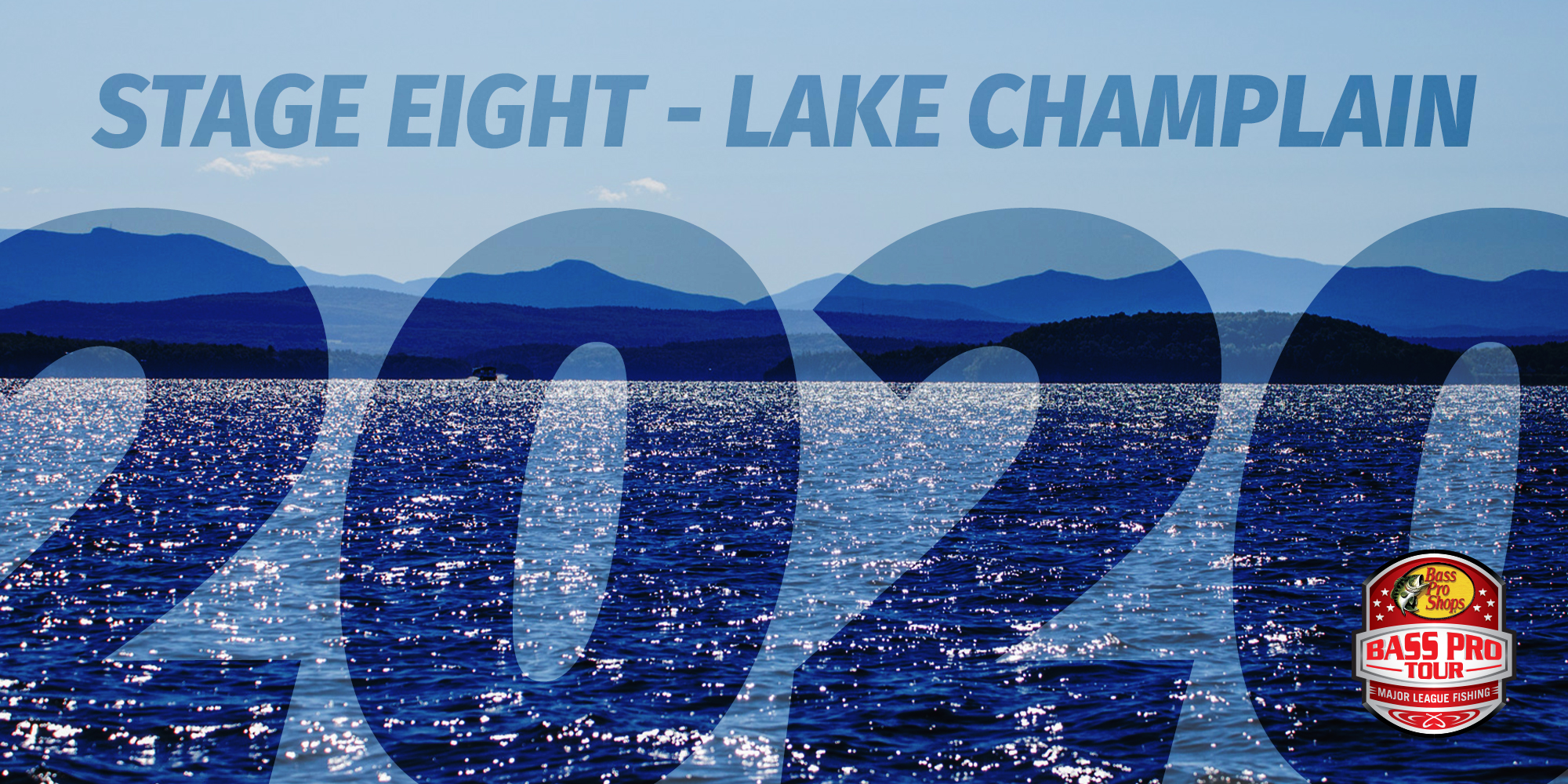 BURLINGTON, Vt. – The 2020 Bass Pro Tour season will wrap up on a familiar body of water for the majority of the field. Stage Eight (July 21-26) will be on Lake Champlain, a site where several anglers in the field have scored wins.

The most-recent tour-level winner in the field is Aaron Martens, who secured a victory at an Elite Series event in 2017, at roughly the same dates that the Bass Pro Tour fishes this Vermont/New York gem.

There’s also some recent history on Champlain with Major League Fishing, as Brandon Coulter was the winner of the 2019 Challenge Select contested on the lake.

Both of these recent winners are excited about the event, and each of them believes that the fishing will be excellent.

Martens has fished Champlain multiple times over his two-plus decades as a professional angler, and believes it’s fishing as good as ever.

“The lake is doing well, and there are plenty of big, healthy fish,” Martens said. “That’s also the perfect time to be there for quality fish, and the weather should be great.”

Even though the lake is massive, Martens says the field will be in predictable and proven areas.

“There are large expanses without many fish, and it is not a place where you can just go anywhere,” Martens pointed out. “There will be some congested areas, but if you have enough spots, you can do a ‘milk run’ and hit them all.”

Coulter won his event with three completely different patterns: a drop-shot, a jerkbait, and a Carolina rig. This speaks to the many options the field will have when they arrive in Burlington, Vermont.

“The jerkbait guys will catch them, and so will the crankbait guys. Plus, you’ll have people flipping wood and catching them. It is going to be a fun event,” added the Tennessee pro.

Both largemouth and smallmouth bass are represented well in Champlain. Both will be significant factors in this event, but Martens feels that smallmouth will be the bigger player.

“It can be won both ways, but I think more anglers will be targeting smallmouth,” Martens said. “In this format and on this lake, you need to be able to catch them as fast as possible, because everyone will be catching them. This will be an event where landing percentage matters, and that is going to change my approach and bait selection. Single-hook baits like a drop-shot, tube, Ned rig, and a Neko rig will all be on my deck.”

Coulter agreed and said that both species would be well represented.

“You can win on either,” Coulter confirmed. “Smallmouth bass always play there, but it being post-spawn, some areas of the lake will have fatter fish. They spawn in different stages depending on where you are on the lake.”

The area on Lake Champlain known as Ticonderoga – or simply “Ti” – has accounted for many big wins over the years thanks to its population of big largemouth. But, fishing there was always a gamble in traditional five-fish limit tournaments.

“You always had to account for rough water because it is such a long run and it cut your fishing day short to get there and back,” Coulter said. “With our format and the runaround time – and also not having to race back when we’re done fishing – it’s a real wildcard. Nobody has ever been able to spend a full tournament day down there in a major tournament.”

This fact has him excited to see what it can produce.

“Champlain has the potential for really big bass, but it also has a great population of fish,” Coulter said. “You can have 40- and 50-fish days there.”