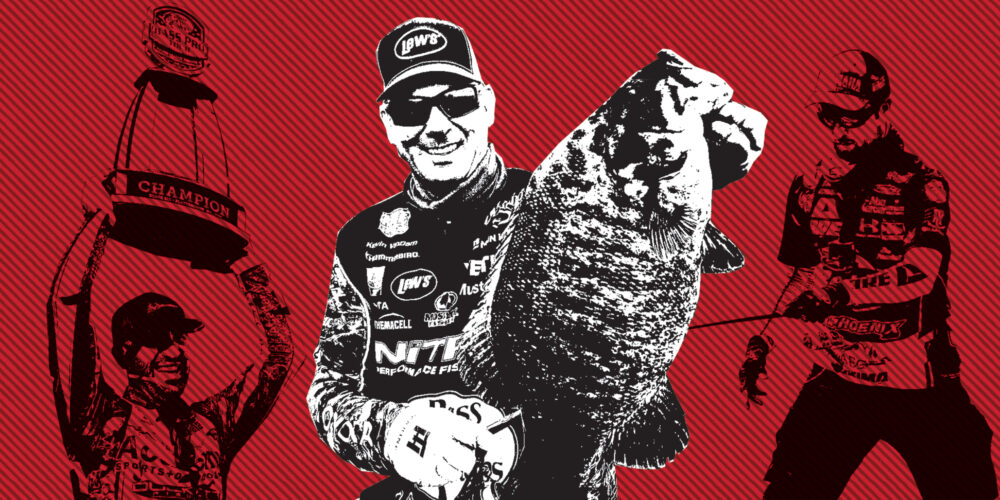 ST. CLAIR SHORES, Mich. – The 2021 Bass Pro Tour season comes to a close next week as the Carparts.com Stage Seven Presented by Covercraft on Lake St. Clair hosts the final regular-season event. By all accounts, the fishing should be excellent and there will be a variety of tactics at play for both smallmouth and largemouth.

Included in the field are past winners, local anglers and plenty of smallmouth gurus. St. Clair and surrounding waters have hosted countless professional-level events, but never under the Major League Fishing format. All of those factors make it hard to pick favorites, but MLF NOW! analysts JT Kenney, Marty Stone, Chad McKee, and MLF Executive Editor Joel Shangle each chose two anglers who they think will perform well this week.

We asked each for their top pick and one wild card – an angler they thought was due for a good event or with a fishing style that doesn’t immediately seem to fit the lake.

“Lefebre is an expert smallmouth fisherman,” Kenney said. “Plus, he knows the area very well. He’s not had a great season and is due to end the season on a good note.”

“He’s been the obvious pick for about six Stages this year and I haven’t picked him yet,” McKee said. “I think he wins again and makes it close in that elusive AOY race.”

“It’s been a quiet year for him so far, and I think he ends it here with a bang,” McKee said. “Plus, he’s had some great success on St. Clair in the past.”

“I still think day in and day out he’s the best smallmouth fisherman on tour over the last seven to eight years, but the field is closing that gap,” Stone said. “I also feel he’s going to fish pressure-free with DeFoe, Wheeler and Ehrler all trying to win the AOY.  I think by the fourth day, this whole system is going to fish small and the bass will get extremely moody and if there’s anyone who can handle moody and moving smallmouth, it’s Lucas.”

“He probably has more experience on this body of water than the whole field combined and is only a wild card since he qualified through the Tackle Warehouse Pro Circuit,” Stone said. “The biggest obstacle I see from Dobson is all the pressure he’ll put on himself. If he can find a way not to manage that pressure, limit outside distractions, and stay in it after the first day, look out for him making a run at winning this whole thing.”

“Stage Seven on Lake St. Clair is basically an arms race between the smallmouth hotshots and the star pupils in the school of forward-facing sonar,” Shangle said. “However, if my life depends upon one angler catching smallmouth bass on Lake St. Clair, that angler is Kevin VanDam. The field is absolutely loaded with hammers on the Great Lakes – it’s dangerous to bet against Wheeler, Lucas, Scott Dobson, etc. – but I’m picking KVD to add some more hardware to his trophy wing in Kalamazoo.”

“I guess ‘wild card’ could be considered a stretch here, since Jones Jr. is currently in the AOY Top 10, but guys from Texas just aren’t supposed to be smallmouth studs,” Shangle said. “Junior has smallmouth in his blood, though – he’s been fishing the Great Lakes with his dad since he was a child. He’s sort of a ‘local’ in some sense.”