Tharp ‘Feels Fortunate’ to be Last Man in REDCREST 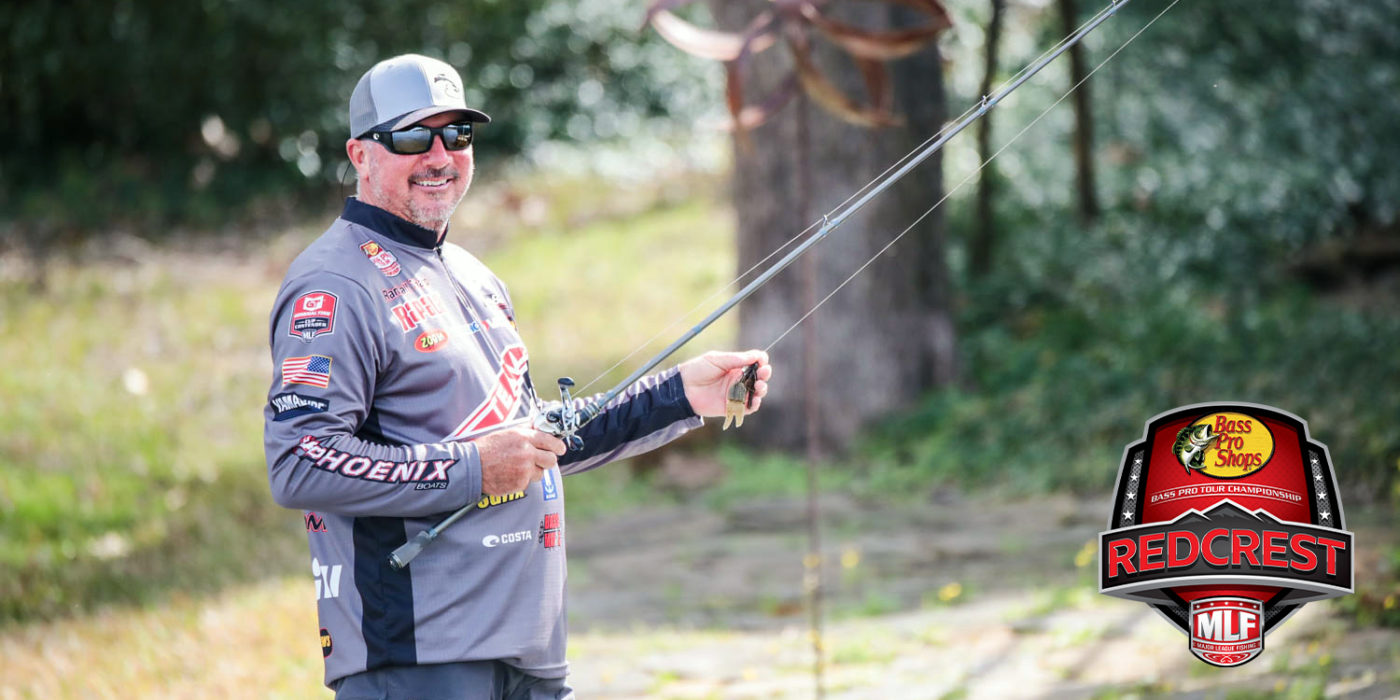 TULSA, Okla. – When you’re competing in Major League Fishing, it doesn’t matter if you’re the first man in or the last man, as long as you’re in. No angler in the field of 30 that will compete for the inaugural REDCREST knows that more than Randall Tharp.

The Florida pro came into Stage Eight in Neenah, Wisconsin in 38th place in REDCREST qualification. Although he still had a statistical chance of qualifying for the championship, he didn’t set his hopes very high.

“It was extremely stressful during Stage Eight,” Tharp explained. “Going into the event, I didn’t think I had a very good chance to make REDCREST. I’m going to fish as hard as I can every day that we tee it up, but I was not feeling like I had a good shot at making it heading into it.”

The Rapala pro ended his season with a 14th-place finish in Stage Eight, just what the doctor ordered. The math held up and Tharp was able to edge out Randy Howell for the final spot in REDCREST by six points. Tharp has experienced plenty of wins and numerous championship qualifications during his career, and he knows just how important it was to etch his name in the first REDCREST field.

“Making the championship, to me, distinguishes between a good season and a bad season,” Tharp detailed. “I don’t consider my season a success if I don’t make it to REDCREST. I got a check in five of the eight events we competed in and I qualified for the championship, so that’s a solid year in my book.”

Tharp knows that whether he was first place in the standings, or his current 30th spot, it doesn’t matter. The Floridian is in the dance and has a chance to claim his first MLF win and championship. After a long year and his first season experiencing the MLF format, the Lowrance pro has one overwhelming feeling.

“I just feel really fortunate,” Tharp expressed. “It’s a fine line between success and failure in Major League Fishing. You’re talking about one bite in an ‘every fish counts’ format can move you up or down multiple spots. Randy (Howell) could have gotten a bite the last hour of Stage Eight and knocked me out. Every single person has either been the last guy in or the first guy out this season at least one time. We’re all competitors and there’s always going to be a winner and a loser. I just feel fortunate that this time I’m on the right side of it.”

As he prepares to take his Phoenix boat up north once again, Tharp has some previous success in western Wisconsin that he can turn to come August. Tharp has a 17th-place finish in 2016 and a third-place finish in 2018 while fishing in the Bassmaster Elite Series in La Crosse, Wisconsin. When the Bass Pro Tour heads there for the first time on August 21, he already knows what to expect from the fishery.

“It would have stung not to be there,” Tharp said. “I’m looking forward to being up there again because it’s a really unique place. In my opinion, it’s one of the prettiest and coolest fisheries I’ve ever competed on. There’s not a single person in the field that won’t be able to fish their strength and have a chance to win. The area has everything: smallmouth, largemouth, current, vegetation, docks and rocks. You name it, this place has it.”