The Adventures of John Cox: Ready for Rayburn After Overnight Drive 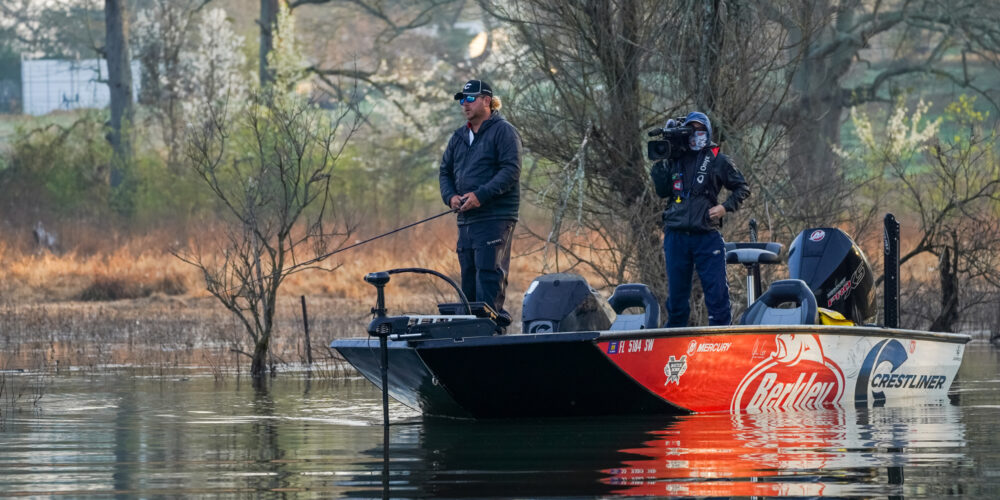 JASPER, Texas – If you follow professional angler John Cox, you know that he’s fishing three professional bass tours this year. It’s a massive undertaking, a logistical nightmare, and it’ll be a wonder to see how he’ll pull it off.

If one tournament were to be delayed due to weather or other circumstances, things could start to unravel pretty quickly.

That situation nearly happened this week as the Bassmaster Elite Series event was postponed two days due to the lake’s conditions. The Bass Pro Tour Toro Stage One Presented by Power-Pole began on Sunday (the second day of the Elite event), creating a potential conflict in tournament days. But, as with most things Cox does, things tend to work out just fine.

Thankfully for Cox, he was scheduled to fish Monday’s Group B Qualifying Day on Rayburn. He finished up at Pickwick on Sunday afternoon, so he won’t miss a day of competition. All he had to do was drive overnight from Florence, Alabama to Jasper, Texas – a drive of roughly 10 hours – to jump into an event with a different format with no practice.

Cox laughs it off and should still be considered one of the favorites to win on Sam Rayburn.

“I’m gonna check the weather and roll with it,” he said of his Bass Pro Tour debut, as he drove. “I should be able to get a few hours of sleep tonight. I just need to find some time to put some new line on some of my reels somewhere along the way. My line is shot from cranking all day (at the Elite event).”

Cox finished 79th at Pickwick, a far cry from his win last week on another Alabama fishery during the Pro Circuit tournament on Smith Lake. He weighed just one fish on the first day and rebounded with a limit on Sunday. He admitted that he already had Sam Rayburn on his mind, and that his wife and kids made the trip to Pickwick to help him make the drive to Texas.

“I weighed in during the first flight so I could get on the road a little earlier,” Cox said. “I’ll try to drive until around midnight. My wife made sure she got some sleep so she can take over and drive the rest of the way.”

Just last January, Cox hoisted the winner’s trophy here on Sam Rayburn for the 2020 Pro Circuit season opener, and he’s eager to get back to the Texas big-fish factory, even with no practice.

“I like Rayburn a lot more than Pickwick and was actually fishing Pickwick like I plan to do (at Rayburn)” Cox said. “I think I’ll have five rods on the deck and either crank or go fish the bushes.”

Fishing the MLF format without practice isn’t new to Cox, as he did the same thing at the FLW TITLE on Sturgeon Bay last year. Cox led the first day after arriving in town just a few hours before takeoff, and eventually finished third.

It’s no stretch to say that Cox is best when he rolls with the punches and fishes his style, no matter where he goes. That truth will be showcased this year as he fishes all across the country with limited time to prepare for the next tournament.

“So far, so good this year,” Cox said. “I kind of like doing this and just going fishing. Ask me again in June to see how I feel about it, though.”