The Evolution of Bobby Lane Into a Finesse-Fishing Guru 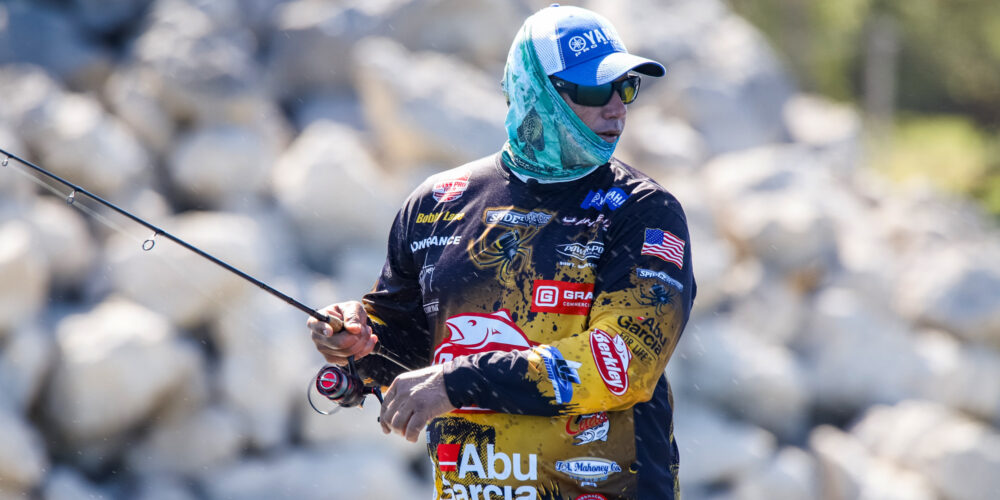 When you think of Florida and its native anglers like Bobby Lane, punching mats with big tungsten weights is the immediate thought that comes to mind. You may also associate the Sunshine State with Junebug-colored plastics, cold fronts around the spawn, or the big Florida-strain largemouth that live there.

One thing that doesn’t fit the Florida theme at all is spinning rods and light lines in deep water. And while Berkley pro Bobby Lane is a prototypical Florida angler with multiple tournament wins in his home state, he’s turned into quite the finesse guru when he ventures outside the Florida state line.

Lane’s development as a skilled finesse angler was on full display during his narrow (2-ounce) miss and second-place finish at the recent Berkley Stage Two Presented by Mercury on Lake Travis. He won the Knockout Round with a spinning rod and was a real threat to overtake Jacob Wheeler on the final day, falling just 2 ounces short after mounting a furious rally in the final two hours of competition.

Lane caught some of his scorable bass at Travis while his boat sat in depths over 100 feet as he patiently waited for his wacky rig to fall to suspended bass. This type of fishing is a far cry from Florida bass fishing.

Still, Lane mentioned on the MLF NOW! live stream that he sees similarities between his finesse game on Travis and and punching a hyacinth mat: making a presentation and waiting for a subtle bite as the bait is falling. The two fishing techniques are worlds apart, but watching for the “tick” in the line when a bass gets the bait is vital for both.

Not a New Trend

A quick look at Lane’s finish on the ultra-clear Lake Travis may seem like an anomaly, but he’s quietly had great success with finesse fishing throughout his career, especially since moving to the Bass Pro Tour.

Lane was second in the smallmouth-dominated Championship Round on Green Lake outside of Neenah, Wisconsin, in 2018. He also scored a sixth-place finish on Table Rock that same year. Both were shining examples of his prowess with spinning gear and light line.

“I’ve been the bridesmaid twice on the Bass Pro Tour and it’s funny because both times were with finesse fishing,” Lane said. “When you’re dealing with clear water, my philosophy is that you have to get a bite first to even have a chance. Going down to light line is the best way to make your bait look more natural, and it allows you to work your bait, so it looks as real as possible.”

Tour-level success requires some versatility and the willingness to fish in ways that don’t seem to fit an angler’s strengths. If not, they’re almost certain to struggle as the schedule takes them to many different fisheries throughout the country.

Lane found that diversity to be even more crucial when he started fishing the Bass Pro Tour.

“I might have fished Lake Travis a little differently if this was a five-fish tournament,” he said. “All of my biggest fish came on the wacky-rigged Berkley PowerBait The General on light line with a spinning rod, but with heavy line in clear water situations, you don’t get as many bites. In clean water, I always lighten up my tackle from my rods and reels to my line and baits.”