The Final Lap: Points Championship, REDCREST Qualification Up for Grabs 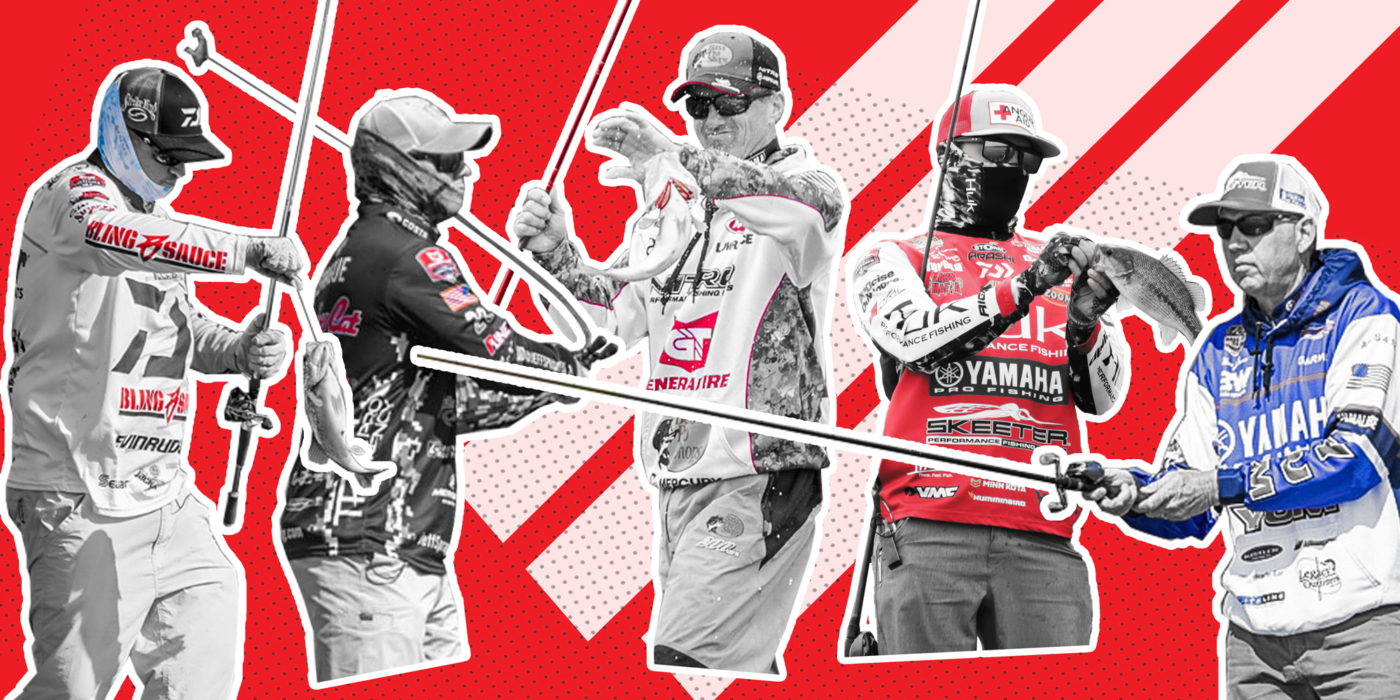 The race for REDCREST and the Points Championship is down to its final lap.

As the sun rose on Thursday, June 6 – officially, the first morning of “the final lap” of the 2019 MLF Bass Pro Tour season – the main headline was a simple one: Extra Extra, read all about it! Wheeler wins!

It should’ve come as a shock to no one that Jacob Wheeler’s Tundra rolled south to Tennessee the morning after Stage Seven Table Rock with “Big Red” (the 45-pound silver-and-red Stage Seven champion’s trophy) strapped into a seat next to Ted the Bear. Wheeler came into Stage Seven with the sour taste of two second-place finishes in his mouth: The Bassmaster Classic trophy eluded him in mid-March, and Jacob Powroznik wrestled away the Bass Pro Tour Stage Four trophy just two weeks later.

Wheeler turned sour into sweet with a masterful four days of fishing on Table Rock, loading 213 fish onto SCORETRACKER® for 315 pounds, 9 ounces.

But, oh, the sub-headlines! Extra, extra, read all about it!

While almost everybody’s attention was focused intently on Wheeler, the week’s “noon to moon” competition schedule, and the tempestuous weather in the Missouri Ozarks, the already-heated donnybrook for the 2019 Points Championship got a few degrees hotter. Jeff Sprague carried a scant 3-point lead over Edwin Evers into Stage Seven, but by virtue of Evers’ 24th-place finish and Sprague’s 30-place finish at Stage Seven, Evers now holds a 3-point cushion (471 to 468) over Sprague with just Stage Eight at Lake Winnebago in Wisconsin left on the regular-season schedule.

“I’ve had a little time this week to sit down and think about how far we’ve come and what we have in front of us, and there’s still a lot of work to do,” Sprague admitted. “These kinds of opportunities sometimes never come along in an angler’s lifetime, so to be in this position – it would be the first Points Championship ever for the Bass Pro Tour – would be huge. I was in this position in 2016 in FLW and ended up losing that AOY to Andy Morgan, to be back in this position and facing a guy like Edwin is pretty humbling.”

Meyer Made a Serious Move

Cody Meyer was on the outside of REDCREST qualification looking in as action began at Stage Seven. The Daiwa pro came into the second Table Rock event in 44th place with 233 points – 35 points below Gerald Swindle for the final spot in the championship event. But Meyer and his Strike King Sexy Dawg put in serious work at Stage Seven. The Northern California pro held the lead for a good part of Championship Wednesday, and although he couldn’t fend off Wheeler, his third-place finish earned him 78 points and catapulted Meyer to 30th place.

Meyer is now THAT guy, playing goalie to the Elimination Line with one event remaining.

“I guess I’m the guy with the big, fat bullseye on my back now,” Meyer joked. “I’m a little surprised to have made that big of a jump, but I’m pretty excited to put myself in contention (for REDCREST). No matter what, though, I have to catch them at Stage Eight.”

Brandon Palaniuk, Fred Roumbanis and Takahiro Omori joined Meyer above the REDCREST Elimination Line, Palaniuk jumping from 31st to 22nd, Roumbanis moving from 32nd to 24th, and Omori climbing from 37th to 29th. It was an especially satisfying leap for Palaniuk, who finished a disappointing 52nd on Table Rock in Stage Six after averaging a 19th-place finish the previous three events to push him into REDCREST contention following a 78th-place finish at Stage Two Conroe.

Right around seventh grade, we all learned Newton’s Third Law (“For every action, there’s an equal and opposite reaction,” you remember, right?). In the parlance of REDCREST points, for every angler who climbed into the Top 30, there’s an angler who fell out.

Falling below the REDCREST Elimination Line after Stage Seven: Alton Jones, who dropped from 23rd to 31st; Jason Christie fell from 29th to 34th; Gerald Swindle slipped from 30th to 35th; and Randall Tharp plummeted from 25th to 38th.

“REDCREST is certainly on my mind, but it’s not like you can flip a switch and say ‘I’m going to catch them better this week because I need points’,” Jones said. “Every event, you practice as hard as you can and figure out as much as you can, and then you go execute your plan. I’ll stick to the same approach at Stage Eight. I might pay more attention to fishing my strengths this time – smallmouth and northern fisheries have been in my wheelhouse, so I feel like I can really fish my strengths.”