The ‘Pattern Inside the Pattern’ That Carried Neal to St. Clair Win 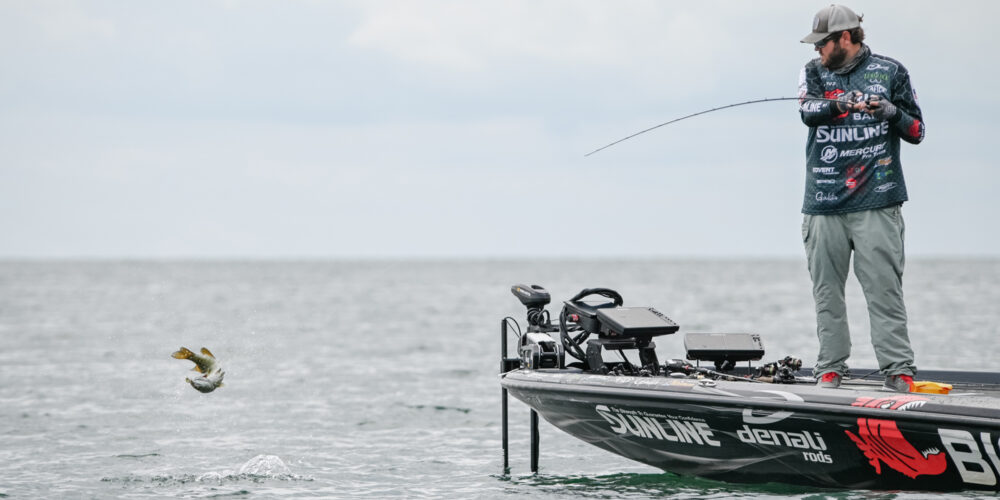 ST. CLAIR SHORES, Mich. – When anglers talk about a special pattern – or in this case, the pattern inside the pattern – they’re usually referring to special pieces of structure, or how a bait was presented with certain subtleties that made all the difference.

That isn’t the case with Bass Pro Tour Stage Seven winner Michael Neal. The pattern inside the pattern for Neal was something we never seem to have enough of: time. To be more specific, timing.

Targeting smallmouth at the mouth of the Detroit River/Lake Erie, Neal fished a host of baits that many other anglers used as well. He used lures such as crankbaits and vibrating jigs along with various plastics fished on a drop-shot to catch the massive volume of scorable smallmouth that carried him to his first tour-level win. Neal identified his winning area the afternoon of the second day of practice, and from that point on, time seemed to be on his side.

“It seemed as though the bass would continue to replenish in the area,” Neal said. “I found that they related to anything different: rocks, depressions, grass patches, anything on the flats. I would spend my time on just these high-percentage areas and not fish other locations.”

By the second day of his Qualifying Round, Neal had a good feeling that he was onto something special, but he needed a little more to ensure his chance of victory— that’s where time became his greatest ally.

“When I really started catching them on the second day of the Qualifying Round, I knew nobody was going to catch me and that I’d win the round,” Neal said. “I knew I had time to explore my area more. I had time to idle and really dissect and expand the area. Having the extra time to be able to do that really helped me find even more high-percentage spots to catch fish and be very efficient doing it.”

Neal isn’t known as a smallmouth bass catch expert, so he was as surprised as anyone that his first major tournament win came on a fishery known for brown fish.

“I guess taking the time to learn more and more about how (smallmouth) react, where they live, and how to fish for them is helpful,” Neal said. “It all takes time. I’ve learned that smallies will migrate toward the mouth of the Detroit River in the fall. That’s why I started in that area.

“I think if the Canadian side of Lake St. Clair was open to us, the results may have been different. A lot of the best spots on St. Clair are on the Canadian side, but I think I found a pretty darn good area (in the Detroit River), catching over 50 scorable bass during the Championship Round and winning.”

After years of pundits talking up Neal as one of the best anglers out there never to have won, 2021 turned into a productive winning year for him. First, the Angler of the Year title on the Tackle Warehouse Pro Circuit, then his first major tournament victory. When it’s your time to win, it’s your time, and Neal knew it at St. Clair.

“I’ve fished St. Clair a few times over the years and felt confident here,” Neal said. “I’ve also had several Top 10s fishing around the country over the years but never felt like I was going to win for sure. But after I had time to expand on Day 2, I knew I had the fish to win. It was my time.”